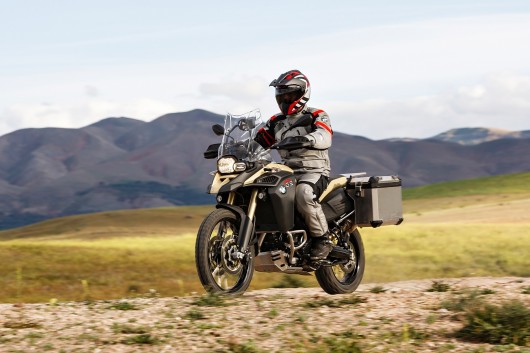 BMW Motorrad has clearly demonstrated its all-round motorcycling prowess with the all-conquering R 1200 GS Adventure. It’s the motorcycle of choice for any motorcyclist who wishes to venture on a cross-continent voyage. I’ve always been an admirer of the 1200 GSA as it feels at home on Irish roads that are more-often-than-not damp and undulating. A well ridden GSA will outshine a sports bike on the majority of roads. After the success of this bike and prior to the arrival of its all-new air/liquid cooled successor, BMW Motorrad has turned its attention to the R1200 GS’s slighter sibling, the F800 and created this new F800 GS Adventure. Although the F800 is a smaller motorcycle in comparison to its larger 1200 GS relation, this new Adventure variant is no undersized pretender, it’s a competent machine that’s capable of matching many of the larger machine’s traits.

This new F800 GS Adventure shares the same parallel-twin as the regular 800 GS, although this is where the similarities end. The Adventure model is equipped with a 24 litre fuel tank (eight more than on the regular model), essential for long distance trips. The fuel tank is located under a new, larger comfier seat, with a new rear subframe beneath. Other distinguishing features include engine bars, pannier racks, wider enduro-style footrests, hand guards and a taller screen, along with more pronounced side panels to complete the rugged off-road look. 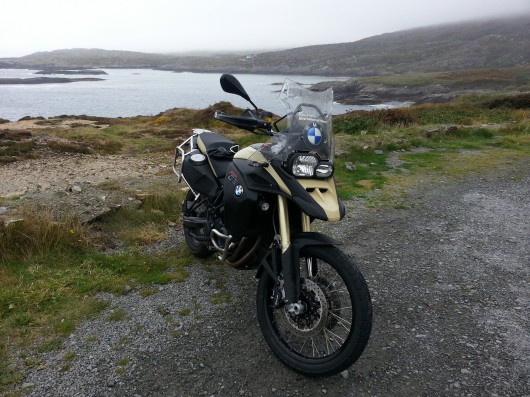 The 800 Adventure is available in standard guise from €12,849 although undoubtedly most perspective buyers will opt for the Travel Edition model at €13,339. This is the model I’ve been riding for the past few months, for the additional diminutive spend your bike is treated to a host of goodies that only add safety and pleasure to the riding experience. These include ASC (Automatic Stability Control) with Enduro off-road mode, heated grips, LED fog lights, on-board computer, centre stand and optional (no cost) off-road tyres. The only other optional equipment that’s truly beneficial is BMW’s ESA (Electronic Suspension Adjustment), this costs €360. 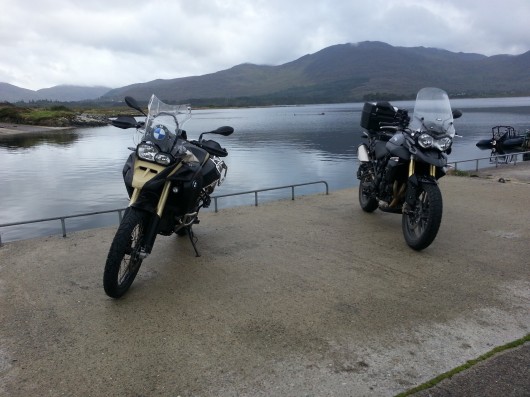 The initial feel when you sit on the 800 GSA isn’t too distant from its larger relation, the 1200 GSA, the seat height is fairly high, albeit adjustable. What’s noticeable is the difference in weight, it’s far more manoeuvrable at low speeds and when parking. The parallel twin delivers ample power for all occasions, its sweet spot is in the midrange where there’s a surge of torque on tap. It’s only at motorway speeds for long durations that you find yourself earning for the 1200 GSA. The handling is commendable with feedback felt through the handlebars and seat. The suspension is quite soft, select Sport mode from the onboard ESA and the dampers firm up enabling you to tackle corners with speed and accuracy. The grip in wet weather and on uneven roads is impressive and reassuring. Changes of direction are easily executable with swift pace and some counter steering, at all times you feel in control and more importantly in communication with what’s happening beneath you. As with all BMW motorcycles ABS is standard fitment, stopping the 800 GSA is painless although under heavy braking there is a fair degree of compression on the front suspension, not enough to cause concern. Along wet roads on a recent excursion around Killarney’s infamous lakes the bike performed flawlessly in the company of a 1200 GSA and one of its close rivals a Triumph Tiger 800. The Tiger has a smoother engine that’s somewhat hushed on acceleration, the BMW’s is more alive though with barks and pops emitted on acceleration and lift off. 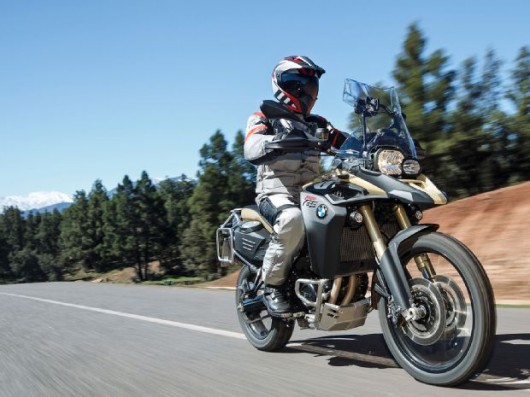 Take the 800 GSA off the tarmac and onto some trails and it comes into its own. Unlike the 1200 GSA that’s too heavy for some forest tracks, the 800 can dart with ease between the trees. Select Enduro mode on the ESA and the fun starts with a fair degree of slip allowed on acceleration, the 800 turns from Adventure to motocross machine at the flick of a switch.

For someone’s first foray into riding adventure-style bikes, the F 800 Adventure is the perfect stepping stone prior to tackling the hefty 1200 variant, thanks to its nimbleness. It’s less intimidating too, especially off-road. It’s far more than a downsized model though, it’s a competent Adventure motorcycle in every essence of the term.