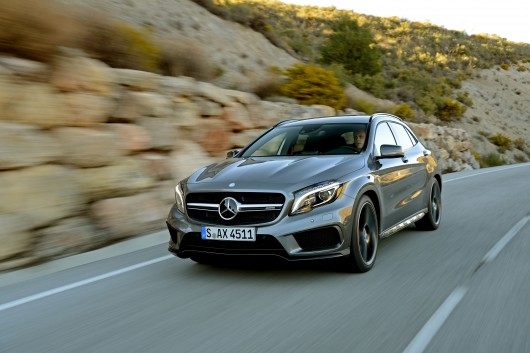 The pinnacle of the new Mercedes-Benz GLA range is the GLA 45 AMG, a potent premium compact SUV that demands attention wherever it travels. At its core is a two-litre four-cylinder turbocharged engine that produces a remarkable 360hp and 450Nm of torque, coupled with 4MATIC all-wheel-drive and an AMG speedshift seven-speed double clutch transmission, complete with launch control. It’s available in standard guise and an “Edition 1” variant that we recently tested. This model is easily identifiable with its bright paintwork, colourful wheels and immense carbon fibre rear roof spoiler and diffuser. 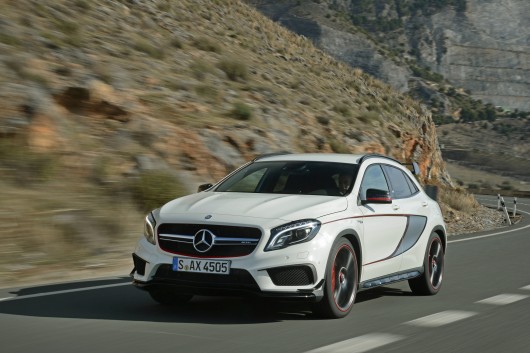 There’s an immediate snarl from the quad exhausts on initial acceleration, your hearing senses are further treated to multiple pops and burbles from the exhausts on lift off. The interior feels racy yet special with adornments of carbon fibre throughout the dash and door cards, this Edition 1 model has its own unique plague on the centre console below the gear lever. The driving position is central with the seat, steering wheel and pedals all in line with each other. The driver’s and front passenger’s seats are true sports bucket seats that hold you in firmly when cornering. The chunky sports steering wheel has suede side grips for maximum feel and control, behind these sit large paddles for changing gear manually. 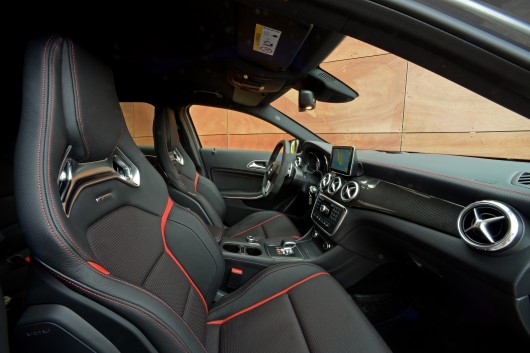 Power is relentless, this powerful engine roars effortlessly to the redline. The gear changes are rapid, deceleration also happens at a swift pace, thanks to the immense front brakes. Grip on wet and dry surfaces is pretty phenomenal thanks to the car’s 4MATIC all-wheel-drive system. We test drove the car around the hilly countryside surrounding Granada and on the motorways exiting Malaga. For a more connected drive you can select Sport mode from the car’s stability programme, this will transfer more power to the rear wheels offering you a sportier drive, the steering wheel and throttle sensitivity are also increased. Built in is a launch control feature for the perfect race start, it’s well worth experiencing but something that you won’t be doing on the daily commute. 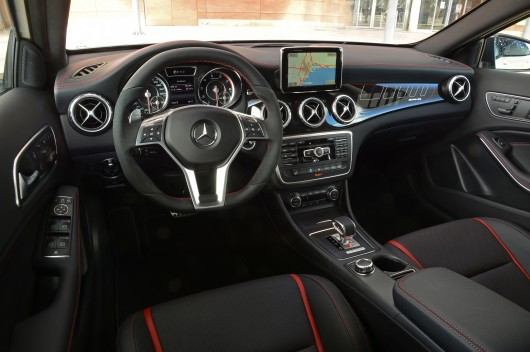 The Mercedes-Benz GLA 45 AMG is a special car although unfortunately I don’t envisage seeing many on Irish roads. If I was in the market for one however, I’d opt for the standard GLA 45 AMG as opposed to this Edition 1 variant which shouts its presence a little too much. 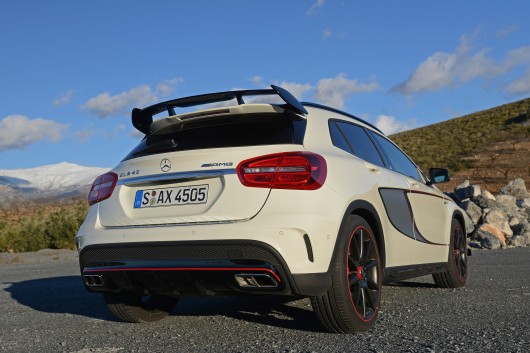 Below is a video we made on the Mercedes-Benz GLA and GLA 45 AMG from our recent test drive in Spain.