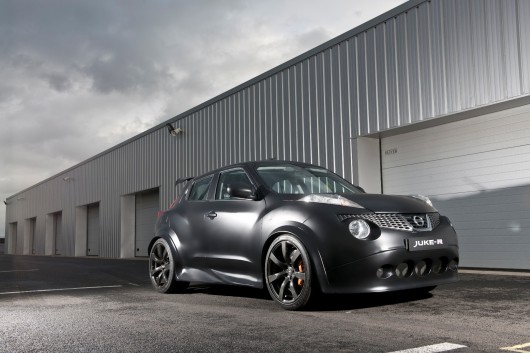 What do you get when you cross a Nissan Juke with a Nissan GT-R? this barmy Juke-R, supercar crossover concept. As daft as an idea it might have been when someone in Nissan first came up with the proposal, fair play to them, they’ve gone ahead and built the world’s fastest crossover.

Nissan in collaboration with RML (Ray Mallock Limited) designed and assembled the Juke-R, with advice throughout the project coming from Nissan Technical Centre Europe. Just two Juke-R concept cars have been produced, one in right-hand drive and one in left-hand drive. The Juke-R has menacing looks, thanks in part to the matt black finish on its exterior, it’s 145mm wider than a regular Juke, whilst its height and length remain unchanged. The interior bears no similarities to the standard Juke, in place of the usual comfortable seats are two race bucket seats with five-point harnesses and a full FIA approved roll cage. The GT-R’s 7” information screen and controls, along with the instrument dials have been incorporated into the Juke-R’s cabin. It’s a strange mix of GT-R and Juke interior blended together. 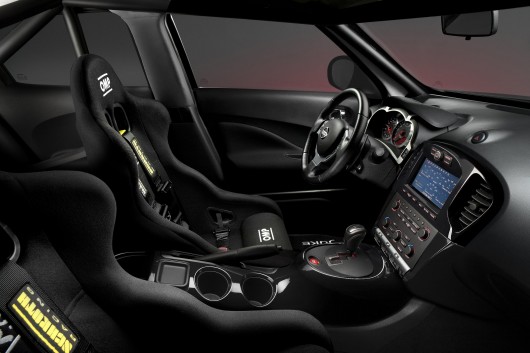 Under the bonnet of the Juke-R sits the same 3.8-litre twin-turbo V6 petrol engine, taken directly from a GT-R, it’s a tight fit with modifications made to accommodate the powerful engine, it sits low and far back in the engine bay. The four-wheel drive system from the GT-R has been modified to fit into the Juke’s chassis, with a shortened prop shaft. The result of this marriage of GTR and Juke combines to result in a Juke-R with a power output of 485hp and an impressive 588Nm of torque. This immense power translates to a 0-100km/h acceleration time of just 3.7 seconds.

I drove the Juke-R on track, around Mondello Park’s International Circuit where it proved to be shockingly fast. The approach speed to corners was hair-raising, as was the acceleration on exiting, with instant gear changes offered from the six-speed twin-clutch transmission. Near the limit, the rear-end feels loose and isn’t as planted as a GT-R’s, the GT-R is actually faster at the top end, due to its more efficient aerodynamic profile. The heat inside the cabin is fierce with the engine tucked snugly behind the dash, but you’ve no time to worry about the heat whilst you‘re concentrating hard on driving. 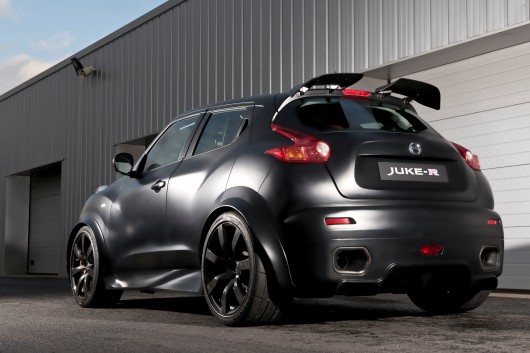 The Juke-R is a technical achievement, but in reality with a price tag of €450,000 you’d want to pretty desperate to own one, in order to hand over this amount of money. My preference would be to save yourself around €300,000 and purchase a GT-R, which offers the same power (2012 model gets 550hp) with a healthy dose of practicality on offer.