Home Latest News New Lexus IS 300h Due This Summer 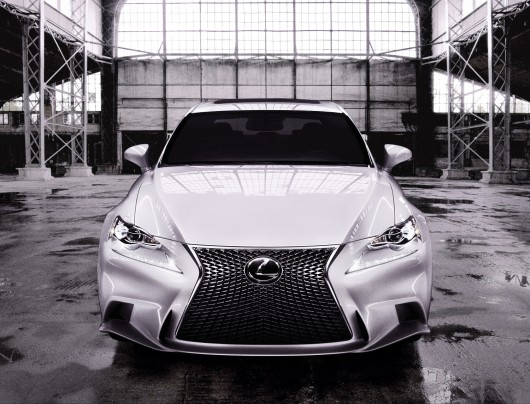 Lexus has released an image of the all-new IS300h model, due to be launched in Ireland this summer. This will be the first IS model to feature the Lexus Hybrid Drive powertrain. Both the exterior and interior features an all-new design, the front of the car features the Lexus spindle grille, while the interior has a driver-focused cockpit. There will also be an F SPORT model which has more aggressive design features, including an innovative driver’s meter with moving centre ring as seen in the Lexus supercar, the LFA. The F SPORT variant also benefits from its own bespoke suspension system which has been tuned for optimum performance handling.

The new IS 300h features a 2.5-litre four-cylinder Atkinson cycle petrol engine and a powerful electric motor to produce 220hp, it will have an average fuel consumption of just 4.3l/100km. Commenting on the new IS, Junichi Furuyama, IS Chief Engineer said, ‘We adopted an entirely different approach to the development of the new IS’‘Rather than developing each individual aspect in the hope that they will combine to offer an engaging driving experience, we first established the pleasurable driving experience owners desire as our major premise, and then we developed the individual performance elements to support it.’

‘Every aspect of the new IS has been engineered with a renewed focus on the sporting performance, agile handling, accurate response to driver input and highly communicative feedback.’