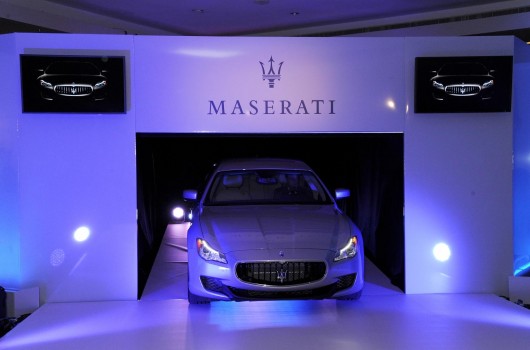 The all-new Maserati Quattroporte, which was first unveiled at the North American International Auto Show in Detroit last January, has been launched in London. The Quattroporte was showcased at the exclusive Hurlingham Club amongst a host of famous celebrities. The new model is available with a V6 engine producing 410hp and a V8 engine with 530hp, both are coupled with an eight-speed ZF automatic transmission.

Pictured below at the launch are television presenter and racing driver Vicki Butler-Henderson and General Manager Maserati Europe, Giulio Pastore. 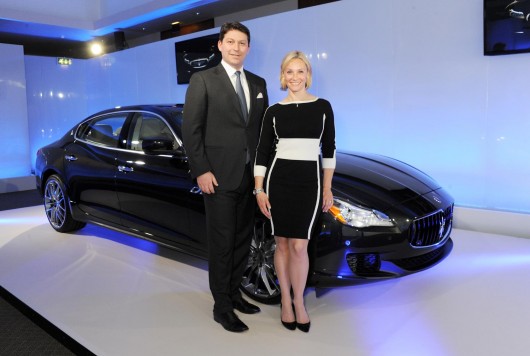