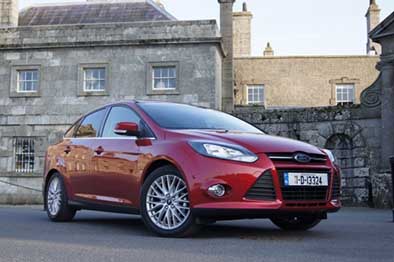 Ford were understandably delighted to announce last week, that the Focus has become the fastest selling car in Irish Automotive history, with sales surpassing the 100,000 mark since its first introduction to the Irish market in 1998. This announcement comes just a week after the press launch of the third generation Focus. The Focus has a string of accolades to its name, which include being voted Semperit Irish Car of the Year on two occasions, and also European Car of the Year.  This news has been coupled with the announced on April 1st that Ford has taken the top spot in the sales charts. Figures just released by SIMI show Ford leading the sales figures for March with total sales for the month reaching 1,803 units.

Taking this into account, Ford is no doubt confident that their new Focus will flourish on the Irish Market. Speaking at the press launch of the new Focus, Ford’s Chairman and Managing Director Mr. Eddie Murphy expects to sell between 2,500 to 3,000 examples of the new Focus in Ireland this year.

After a short drive in the new Focus, I’m happy to report that it’s every bit as good to drive, and superior in some respects to its predecessors. The four-door saloon I drove is smart and modern looking on the exterior, while the interior blends comfort and technology in harmony. I’ll give you a more detail report after my week long test drive. 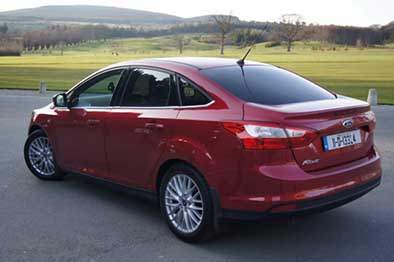 There’s a host of smart technologies available across the range, which include Active City Stop, Torque Vectoring Control, Blind Spot Information System, Auto High Beam and Active Park Assist. The Active City Stop is one such useful piece of safety technology, which will automatically bring the car to a halt in the event of a low-speed collision, and can be specified for a mere €420. My test car had the optional Active Park Assist fitted, it’s quite simply an ingenious piece of equipment that will no doubt save your alloys from being kerbed and keep your bumpers scratch free. Once activated the sensors on the cars bumpers will scan for a parallel parking spot that the car can fit into, once a spot is found you simply take your hands off the steering wheel and the car will automatically control the wheel and guide you into the parking space. It’s a surreal feeling at first but once you experience it, you’ll wonder how you ever parked without it.