Árón Smith will race in the 2014 Dunlop MSA British Touring Car Championship with Team BMR who will be racing as Chrome Edition Restart Racing. Árón will drive one of the team’s Volkswagen Passat CC’s alongside team mate Alain Menu. Commenting on the announcement Árón said, “Testing has been going really well so far. The team has done a superb job on the car and it’s everything they promised it would be. We’ve had a chance to work through lots of things last week including the new tyre for 2014 and so far its been going great! I feel I’m the fittest driver on the grid this year and firmly believe that with this great car and a fantastic team of people behind me it’s going to be a really strong season for us this year.”

The 2014 Dunlop MSA British Touring Car Championship begins at the Brands Hatch Indy Circuit on Saturday 29th March for rounds one, two and three. You can follow Árón’s progress during the weekend and throughout the year on his all new website www.aronsmith.com or by following him on twitter & Instagram, @aronsmith_ and on Facebook by searching for Aron Smith Racing. 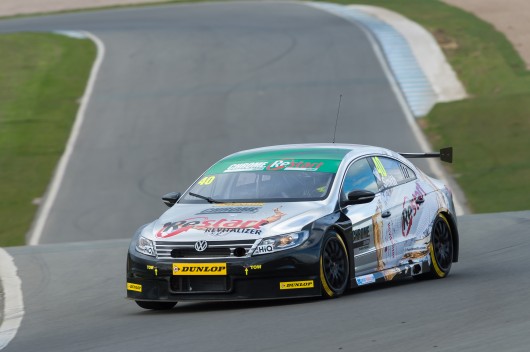