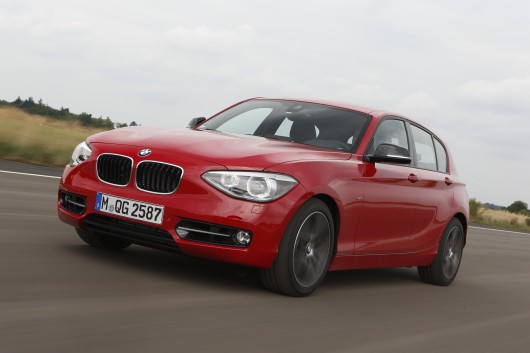 BMW recently held an innovation day focused on their efficient dynamics range of engines and technologies, which they are implementing across a number of vehicles, these will offer improved efficiency and reduced emissions. The venue chosen was BMW’s new driver training centre, located just 20 minutes from its headquarters in Munich, Germany. The test track and facilities extend to approximately 130 hectares, on the former airfield, complete with NATO bunkers. As well as informing us of their latest efficient dynamics technology, BMW displayed its all-new three-cylinder engine which will be produced in both petrol and diesel models.

We test drove a prototype vehicle, a 1-Series on the test track with the 1.5-litre three-cylinder petrol engine fitted. Precise performance figures have yet to be released but we were told our test car’s engine produced approximately 180hp and 270Nm of torque. On first acceleration I’ve no doubt that this engine is capable of achieving these performance credentials, the 1-Series accelerates at an impressive rate. There’s plenty of torque evident throughout the rev-range, with the car happy to rev high in every gear. The three-cylinder unit was mated to an eight-speed automatic transmission which works faultlessly, providing instantaneous gear changes whether in automatic or manual mode. The most striking element whilst driving this test car was the sound generated from the engine, it’s unlike any three-cylinder-powered car I’ve previously driven, there’s a deep exhaust note similar to a six-cylinder engine noise, with a pleasing pop when you flat-shift up through the gears. 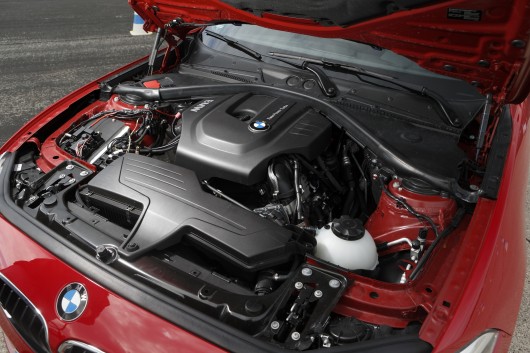 Whilst impressive, we’re keen to see the full technical specification of this engine, which at present is something we don’t have as it’s still in the final stages of development. However, BMW are hopeful that it can achieve a sub 100g/km of Co2 emissions, which is impressive with this level of performance on offer. Other manufacturers are also introducing new smaller, lighter engines offering decent levels of performance, combined with excellent economy and emissions. Ford recently launched their new 1.0-litre Ecoboost three-cylinder petrol engine, which debuted in the Ford Focus, it’s a remarkable engine and one that will no doubt become a key seller in the Focus. When BMW launch their 1.5-litre three-cylinder engine in 2013, I would envisage sales of their 1-Series to increase with the cost-saving benefits on offer. We wonder how long before we’ll see a three-cylinder engine fitted to a 3-Series or even a 5-Series maybe? 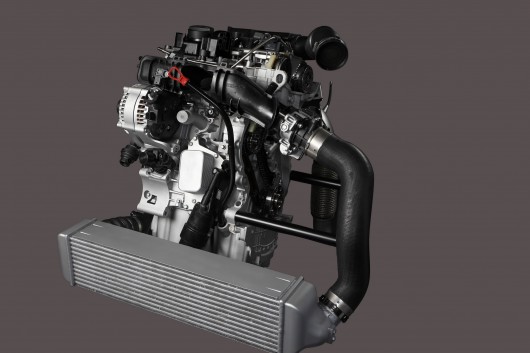