Are you a sucker for a badge? I know I am, and when I went to collect the new Volvo V40 D4 for a test drive I was delighted to see it was an R-Design. To those not in the know the R-Design is what Audi’s S-Line or BMW’s M-Sport is to Volvo. The R-Design doesn’t mean more power but it does mean a sportier look and feel, which I love. So how do you tell the difference apart from the badge on the front grill? Well the easiest way is by the bumpers and the rear in particular with a dummy rear diffuser sitting between the twin exhaust pipes. It altogether looks more aggressive sitting on 17-inch diamond cut alloys. Another telltale is the silver matt door mirrors which all R-Design models wear, regardless of colour choice. The R-Design theme is continued inside with sports mats, steering wheel, pedals and gear knob but you will be taken by the beautiful seats long before you spot these details. The seats are a blend of leather and alcantara with white surround stitching and tasteful R-Design badges which just ooze class. The floating center console has also been treated to an aluminum trim and blue detailing. It really is a pleasant place to be. 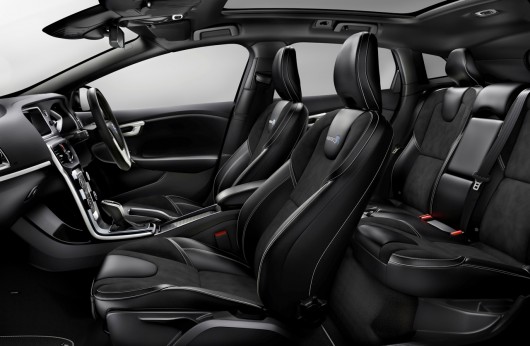 Now let’s discuss the business end and what’s under the bonnet. Earlier this year I had the D2 variant of this car and whilst it was a lovely drive, the 1.6-litre 115hp engine didn’t have the grunt to match the R-Design looks. For me if you opt for the R-Design pack then at least give yourself some bragging rights other than fuel economy. This D4 model I have on test has a potent 2.0-litre 5-cylinder turbo-diesel power plant that produces 175hp and 400Nm of torque. The 100km/h sprint comes up in just 9.6 seconds and it will still return 65.7mpg if you stay away from the redline. So what is the Volvo like to live with, to commute daily in? Does it offer value for money at over €34,000 for this particular model? Well the answer is yes and I mean that on so many different levels. Sure the ride is a tiny bit harsh on back roads, the engine is noisy until up to temperature, but these are easily forgotten when you live with the car for a few days. 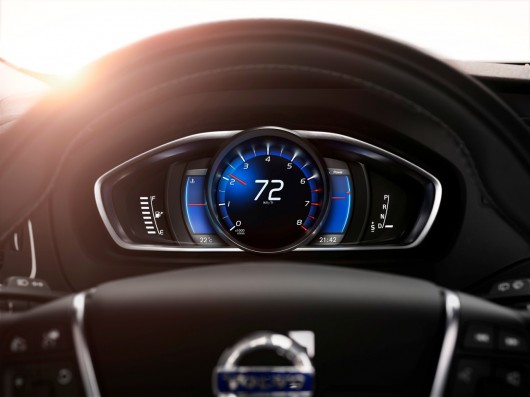 Each day I left the house for my commute, the V40 D4 brought a smile to my face. I enjoyed motorways, B roads and sitting in traffic listening to that amazing high performance Audyssey sound system. Over the course of the week I averaged over 50mpg, which included some spirited driving. The Volvo has a level of refinement not found in some of its competitors and in my views it will be a while before they catch up. This year I have had two D4 powered Volvo’s both of which were fantastic. If I have my choice I would take this R-Design model mated to the 6-speed Geartronic box, which I tested in the Cross Country and I would be a happy man. The Geartronic gearbox might add an extra €2500 to the asking price but it’s worth it for that seamless transmission. If you haven’t driven a D4 this year then do so before you make your 2014 purchase! You won’t regret it. 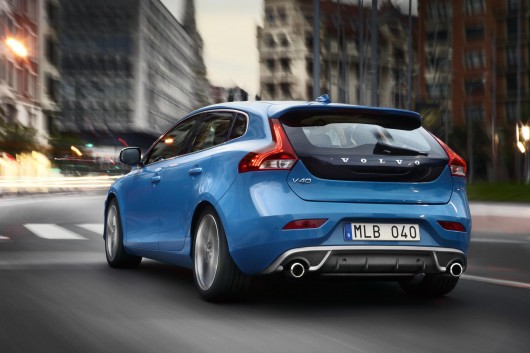