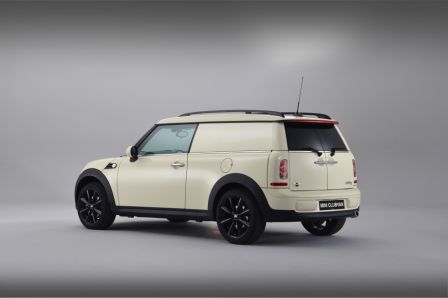 MINI has released details of its all new MINI Clubvan, the first new generation MINI that’s a commercial vehicle. This will be the seventh model of MINI to join the extensive line-up that consists of the Hatch, Convertible, Coupe, Clubman, Countryman and Roadster. The MINI Clubvan which has been inspired by the original Morris Mini Van of the sixties will make its first appearance next weekend at the Goodwood Festival of Speed in the UK. Offering five doors and just two seats the Clubvan has enhanced accessibility for loading and unloading items. It has 860 litres of luggage space and can carry a maximum payload capacity of 500 kilograms. There will be three models on offer, the MINI One Clubvan offering 98hp, the MINI Cooper Clubvan with 122hp and the MINI Cooper D Clubvan which produces 112hp. All models will feature a front-wheel-drive setup with MINI’s renowned handling attributes evident throughout. Power will be transferred to the front wheels through a six-speed manual transmission as standard, with a six-speed automatic transmission available as an optional extra. To aid fuel consumption the Clubvan is fitted as standard with Auto Start/Stop, Shift Point Display and Brake Energy Regeneration. The MINI Cooper D Clubvan is certainly economical, offering a combined fuel consumption of just 3.9l/100km (72.4mpg) along with CO2 emissions of 103 g/km which places it in tax Band A. 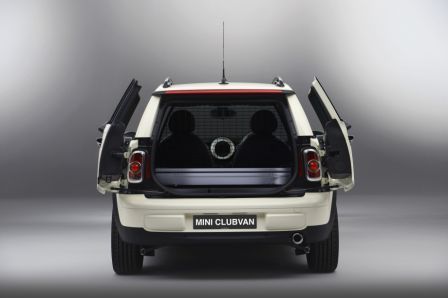 Prices will commence from €17,140 for the MINI One Clubvan when it goes on sale across Ireland later this year. Standard specification across the Clubvan range is pretty extensive when you consider it’s a commercial vehicle, some of the standard items include air-conditioning, electric windows, anti-theft alarm and multiple airbags. Customers can choose to have their Clubvan in one of four exterior colours. The interior can be individually customised with leather sports seats, whilst other options such as xenon headlights, park distance control and a trailer hitch are also available. The MINI Clubvan will be ideally suited as a delivery van for darting around the city, we look forward to its arrival. 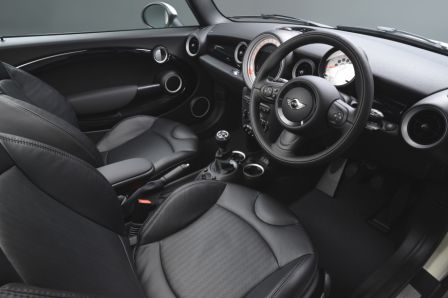 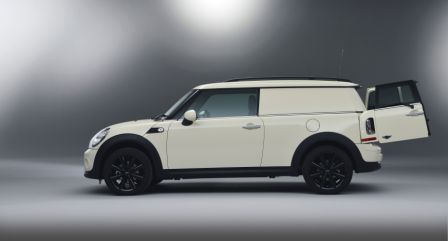