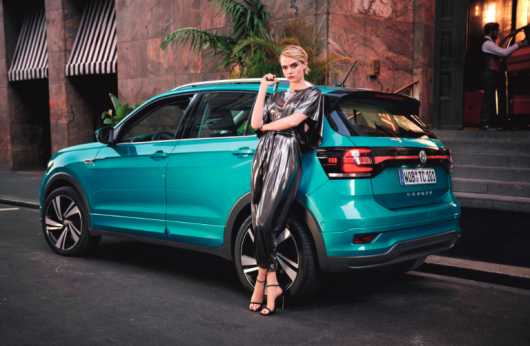 For the market launch of the T-Cross, Volkswagen is embarking on a campaign for its latest SUV in Europe. The integrated 360° campaign includes a TV spot, printed and billboard advertisements as well as digital and social media content. The campaign face and testimonial of the T-Cross is Cara Delevingne. The claim #MoreThan1Thing describes the versatility of both the vehicle and its testimonial. 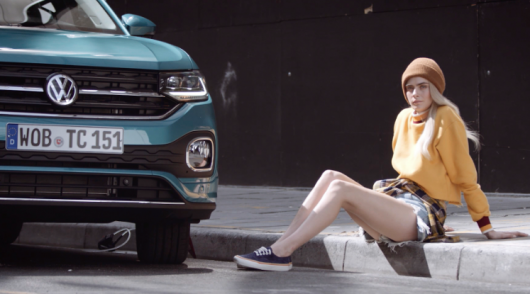 For Jürgen Stackmann, Member of the Board of Management of the Volkswagen brand responsible for Sales, Marketing and After-Sales, the 26- year-old Briton with her many and varied professions and passions is the ideal choice: “Cara Delevingne and the T-Cross are a perfect match: both are multi-faceted all-rounders – young, cool and versatile. Cara is the personification of the claim that we have developed for the T-Cross– ‘More than one thing‘. I am very pleased about this cooperation.” 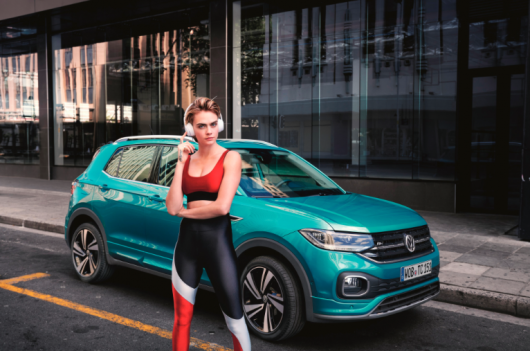 Cara Delevingne has been among the best-known models for almost a decade and was also enjoyed success as a singer, actress, activist and businesswoman. In her private life, she enjoys surfing, is passionate about playing the drums and takes photographs. In Volkswagen’s new campaign, her versatility makes the T-Cross her ideal companion and she presents the multi-faceted nature of the vehicle in a creative and lively way.
Cara Delevingne says about the T-Cross: “I think the T-Cross reflects me and my personality in the way that it’s fun, it’s young, it’s diverse, it’s versatile, it can go from one thing to another as quick as you need it to go. … It’s fast and sleek and I mean…It’s everything.”

The new T-Cross is the latest addition to Volkswagen’s SUV family. Since its world premiere last fall, it has rounded off the brand’s SUV range in the small car segment. With its marked style, practicality, flexibility, connectivity and economics, the urban crossover model breaks new ground in its class in many respects. This versatility is the main focus of the 360° campaign under the hash tag #MoreThan1Thing. The campaign has been created and is being implemented by the agencies DDB Berlin, DDB Hamburg and adam&eve/DDB London. The TV spot is to be shown throughout Europe from April. Selected content of the campaign can be found on the Volkswagen websites for the markets concerned.