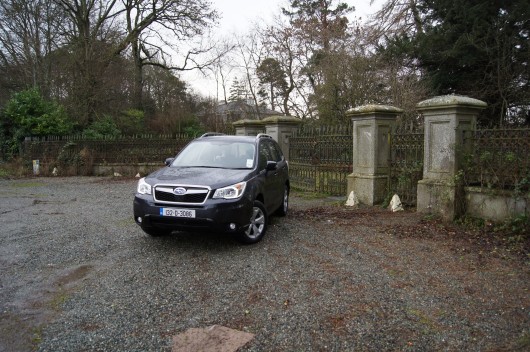 I am three days in to my week-long test drive and I already feel like I can pen my opinions on the new Subaru Forester. Gone are the slightly awkward looks, bland interior and in we have the new corporate Subaru look with an interior fit for purpose in any modern car.

This is the fourth-generation Forester with prices commencing from €34,995 for a 2.0-litre diesel and rises to €38,295 for the top of the range XC which I have on test. Subaru are more famed for their petrol variants of the Forester and in particular the turbocharged boxer powered version, which our national police force opted to use as unmarked vehicles on motorways around Ireland. Yes indeed An Gardaí Siochana had WRC technology powering them around for a number of years but as fuel consumption bills soared and cutbacks were introduced gone was super quick Forester only to be replaced by vehicles with a distinct lack of grunt. Where once the Forester could catch pesky criminals they now rely on the more expensive air support option. 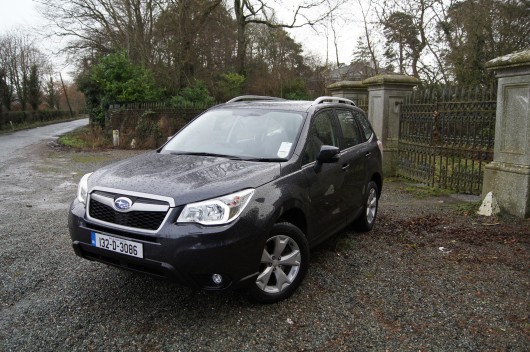 The Forester is a favourite of famers and the outdoorsy type in general. It’s robust look and 8.7 inches of ground clearance make it very capable as I discovered in a recent off road excursion around a friend’s farm. High winds and lots of rain have been the order of most of February so the land was soft to say the least. With permanent four-wheel drive that adapts to the conditions it feels you are in safe hands with the Forester. Even sporting standard road tires nothing proved too difficult as we counted heads of sheep in the dark hours of the night. 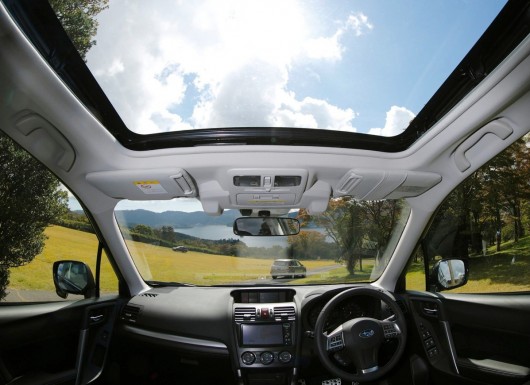 Back on terra firma the commute in and out to the office each day was joyous in the Forester. The manual six-speed transmission is perfectly balanced and the 147hp Boxer diesel provides ample power on the motorway. Towing capacity is impressive also with a unique stabilising system allowing you to pull up to two ton with confidence. For me though the greatest improvement has been inside the cabin. It feels very spacious with an extra 15mm of width and 35mm of length. The front pillars have been pushed forward and it opens up the view leaving you fantastic all round visibility. The large sunroof lets in light that these spring evenings are now offering more of and the driving position is one of command, unlike some of its rivals where it’s simply too low. 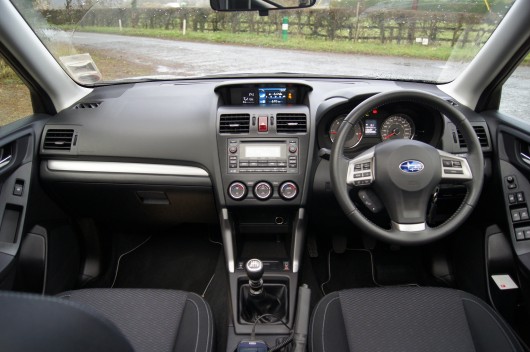 Safety is also paramount with a 5-Star Euro NCAP rating and multiple airbags upholding Subaru’s commitment to providing fantastic safety. For me the Forester was one of the pioneering vehicles of the crossover segment. It was an estate car on stilts that has now moved with the times to become hopefully your crossover of choice. It still has that workman like rugged appeal but when you come off the farm it will be as much at home shopping around your local city. I predict the Subaru Forester will be the practical performer for many in the not too distant future! 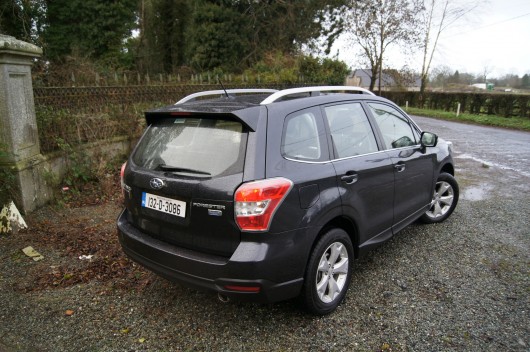