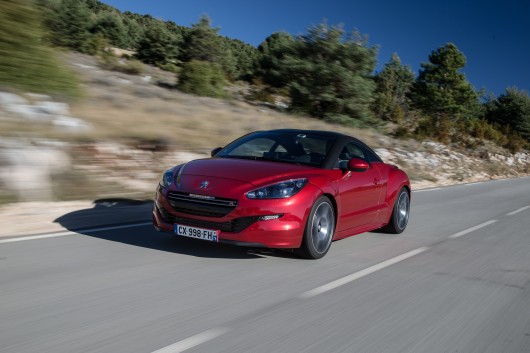 Peugeot has handed its stylish RCZ over to its performance division at Peugeot Sport for them to beef up the car’s looks and performance. The end result is this hardcore RCZ R, the first model in a series of high performance Peugeots to bear the ‘R’ badge. It’s also Peugeot’s most powerful road car to date, we can look forward to a 308 R in the near future. The RCZ R has been heavily modified over the standard variant by Peugeot Sport engineers, they’ve already proved their expertise having claimed class victory at the gruelling Nurburgring 24hour races in 2010, 2011 and 2012 with their RCZ race car. In 2012 the Peugeot RCZ racing cup was introduced and has been successful in France, Germany, Italy and Spain. Now enthusiasts can sample a Peugeot Sport performance car on the road.

The R’s sporty look is aided by two-tone 19-inch alloy wheels, a fixed rear spoiler to increase downforce, a rear diffuser and subtle R badges front and rear. It has a lower and wider stance than its regular RCZ sibling, with stiffer sports suspension and a widened front and rear track for superior handling. Our test car was finished in Moroccan Red, one of four colour choices which also includes, Nera Black, Mercury Grey and Opal White. The interior will be familiar to any RCZ driver, albeit with the welcome addition of two Alcantara-clad sports seats in the front, these bucket seats hold you in firmly, offering great shoulder support when cornering. The rear seats are pretty-much redundant for anyone bar small children. The use of leather with raised stitching across the dash and door cards heightens a luxurious feel to the car’s cabin.

As soon as you start the car, your aural senses are treated to a deep throaty noise, bellowing from the twin rear exhausts. On acceleration this noise sensation is increased with an induction roar, all the way to the rev limiter. At the heart of the RCZ R is a 1.6-litre THP turbocharged petrol engine, it may seem somewhat undersized for a car of this nature, however the reality is far different. Through the use of Formula One grade aluminium for the construction of the engine’s block and forged pistons, this engine develops a notable 270hp and 330Nm of torque. In general a front-wheel-drive car will struggle to transfer this power to the road and cope with steering inputs simultaneously. Thankfully this isn’t the case, Peugeot Sport has spent copious amounts of development time with the car’s chassis, suspension and transmission setup to hone the car’s driveability. The R’s front suspension is 14 per cent stiffer then the standard RCZ, the rear suspension’s stiffness has been increased by 44 per cent, the resulting improvements in the car’s handling are noticeable, although it may prove to be too harsh a ride on some poor Irish country roads. 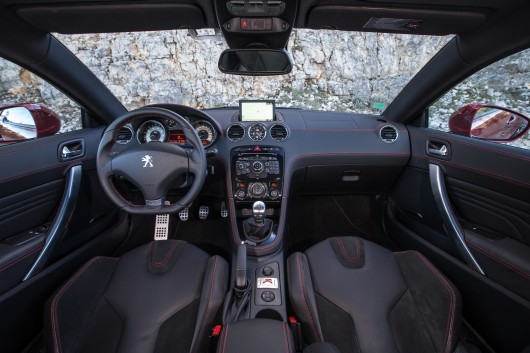 The RCZ R utilises a six-speed manual transmission and crucially a Torsen limited slip differential (LSD). The car’s ESP stability programme has a higher threshold to enable the mechanical LSD to operate freely. The result is a car that’s powerful and capable of utilising all of its power, all of the time. On twisty sections of our test route along the Col de Vence which plays host to some stages of the infamous Monte Carlo rally, just north of Nice, we had perfect conditions to put the car through its paces. The power steering is hydraulic and offers a more precise feel and communication from the front wheels in comparison to the electromechanically systems that are being widely introduced. You can turn in to a corner and accelerate fiercely without interrupting the car’s immense grip. It’s suitably fast too, capabale of accelerating to 100km/h from a standstill in 5.9 seconds, it can continue to an electronically limited top speed of 250 km/h (155 mph). Decelerating from high speeds happens at a rapid pace thanks no doubt to the colossal 380 millimetre front discs, harnessed by four-piston Alcon racing callipers. Using the manual transmission increases the driver’s involvement and adds pleasure to the overall experience, the pedals are positioned close to each other which makes heel-and-toe manoeuvres straightforward on downshifts. 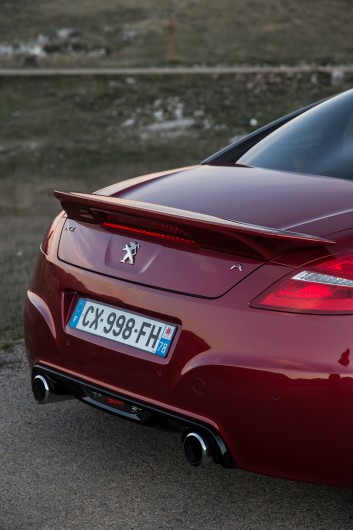 Driving along the Col de Vence in the RCZ R was somewhat akin to my drive in the Scottish highlands earlier this year, in the high-flying Porsche Cayman. It’s not too far removed either as competitors go, with a similar power output (275hp vs 270hp), albeit it has a preferred rear-wheel-drive setup. Audi’s TTS is another likely opponent, its 2.0-litre engine produces 272hp coupled with quattro all-wheel-drive. Although Peugeot Ireland won’t be in a position to confirm exact pricing for a few weeks, they have given us an indicative price of €50,000. It will obviously be a halo model for the brand, not a major contributor to overall sales, nonetheless at this price its close on €20,000 cheaper then the aforementioned Cayman and TTS.

Peugeot has produced some very competent cars lately, with the new 208, all-new 2008, we can also look forward to the forthcoming 308. The RCZ R is a true  sports car and will entertain any motoring enthusiast. We sincerely hope this new ‘R’ brand is here to stay. 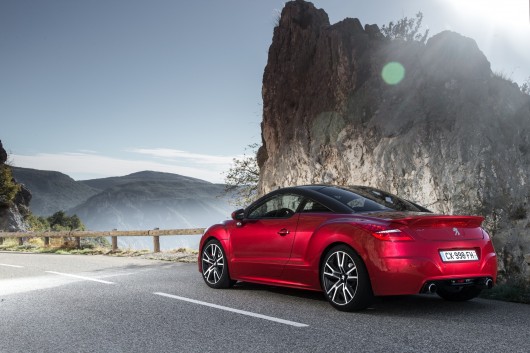