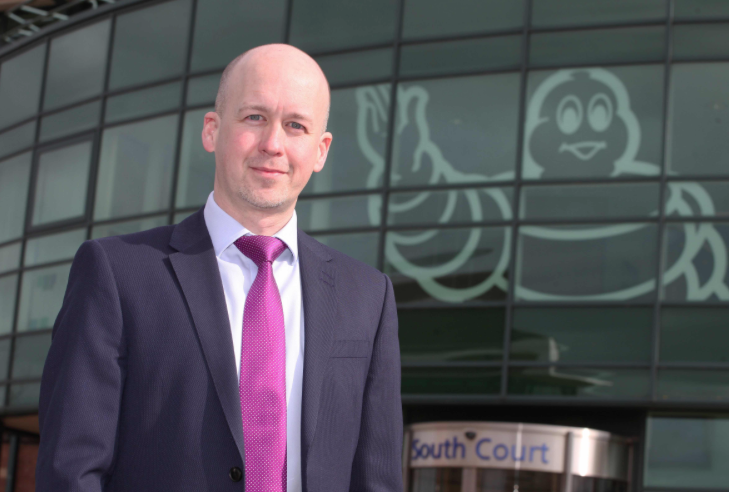 Michelin has appointed Andrew French as B2B Sales Director for the UK and Ireland, with responsibility for truck and bus, van, agriculture, construction, mining and the Services and Solutions business lines.

He takes on the role with immediate effect, just weeks after celebrating his 25th anniversary with the company – having joined Michelin as an apprentice in August 1996.

Since 2018 he has held the role of Director – Services and Solutions for the UK, Ireland and Nordics, heading a team looking after some of Michelin’s largest European customers and collectively responsible for growing the business and managing the tyres on more than 98,000 vehicles.

Commenting on his appointment, French says: “My focus is going to be on ensuring we deliver the highest standards of customer satisfaction and growth. There are a lot of companies evaluating new ways of working as the country starts to build back stronger, smarter and greener from the pandemic, and we are confident this will bring new opportunities for Michelin – both with tyres, and around tyres.”

French takes over the responsibilities of B2B Sales Director from Chris Smith, who previously held the role as part of his wider remit as Managing Director. Smith is moving to Michelin’s international headquarters in Clermont-Ferrand, France, and will take over the role of Global Marketing Director long distance transportation, from 1 November.