It’s a cold crisp winter’s morning and as I pull the front door behind me I’m delighted to see it’s bright and dry. The winds must have been strong over night because the rolly bin is sprawled out on the driveway like it had one too many the night before. As I pick it up I find myself very nearly sprawled out beside it realising quickly that grip is non-existent. Black ice has made its first winter appearance and judging by the speed each car is passing the house, the fear has set in as every motorist threads carefully. Black ice is like the ninja of winter catching you out when you least expect it. Had I have not needed to retrieve the bin, I would have never known, as it seemed dry and pleasant. With a hint of trepidation I clamber into this week’s test vehicle the Mitsubishi Outlander Business. The Outlander Business is basically the commercial variant SUV featuring the same strong 2.2-litre turbo diesel mated to a bulletproof 6-speed manual gearbox.

More importantly it has the same efficient on-demand four-wheel-drive system where the engine’s power is sent to the front wheels until more traction is needed, at which point some of the power goes to the rear wheels. This certainly gives me peace of mind as I pull out of the estate and apply the go pedal to feel the Outlander has found traction and we are on our way. My route takes me through a few back roads around Kildare and down onto the M7 heading northbound. Cruising at 80kp/h I notice the Outlander is returning nearly 50mpg, which is impressive considering I have 150bhp and 380nm of torque on tap. The Clear Tec DI-D engine also features start stop technology and allows you to manually dial down the power delivery with an ECO smart button on the dash. It really is a clever piece of kit! 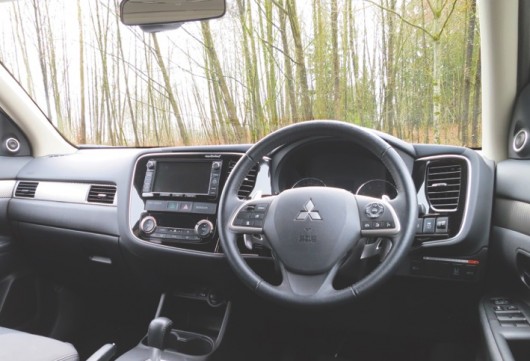 So why would anyone buy a commercial Outlander apart for the obvious space reasons? Well here comes the good news. This Business edition qualifies for the low 5% VRT rate of just €200. It costs €29,950 including VAT and qualifies for 5% Benefit In Kind. Road tax is just €333 and you have the added security of knowing you are driving a safe all wheel drive vehicle that scored 5 stars in its NCAP levels of safety test. Yes there are many vans to choose from but very few will reward you the way the Outlander does to drive. On this cold black ice covered morning my trepidation was replaced with confidence and the Outlander never as much as blinked a traction light at me. 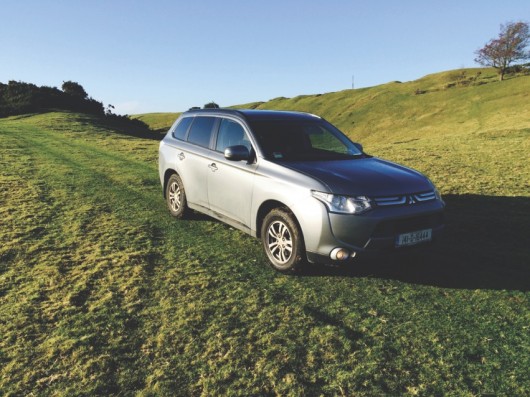 If you are looking for a commercial vehicle that can offer you a host of features such as a Bluetooth hands free system with voice control, cruise control, air conditioning and a multifunction steering wheel then this could be the vehicle for you. With 16-inch alloys, colour coded bodywork, roof rails and integrated fog lights it’s one smart looking SUV. If space is still an issue add a towbar and the Outlander will tow up to 2000kg with ease but with just over 2000 litres of space inside most users will find it adequate. My time with the Outlander Business was enjoyable. Both on and off road it performed impeccably and the only thing missing was a test drive in snow. Not too many van owners are wishing for snow I’d say! 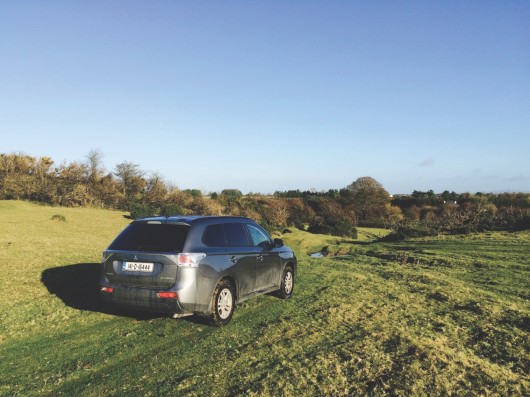