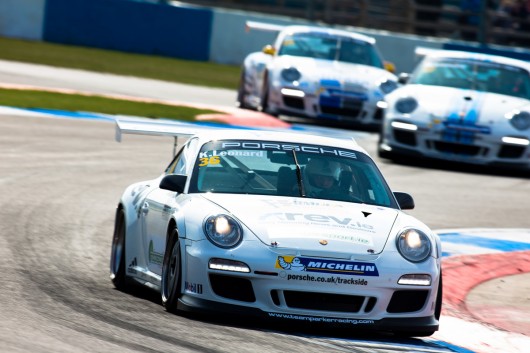 Largely regarded as one of the most competitive single make GT championships in the world, the 2013 Porsche Mobil 1 Supercup Championship has attracted guest appearances from the likes of rally stars Sebastian Ogier and multiple world rally champion Sebastian Leob. This added to championship regulars including Sean Edwards and Alain Menu proves that this championship is set to be a real challenge for any competitor including the incoming Leonard.   Speaking about the announcement, Leonard highlighted how much he is looking forward to taking on some of the world’s greatest Porsche drivers at what is effectively the closest round of the championship to his home in Ireland: “This is a very exciting opportunity for me. I’ve been having a really good run in Pro-Am1 in the Carrera Cup so far this season where Team Parker Racing have provided me with a superb class winning car. However the Supercup car is the newer specification to my Carrera Cup GB car so it’ll be a new challenge for me to adapt to. That said, to race on a grid supporting the British Formula 1 Grand Prix is an honour in itself and I really can’t wait to join up with the MRS team whom have given me this fantastic opportunity.”

Qualifying for the Porsche Mobil 1 Supercup at Silverstone gets under way on Saturday morning at 11.25 with the race on Sunday at 10.45.