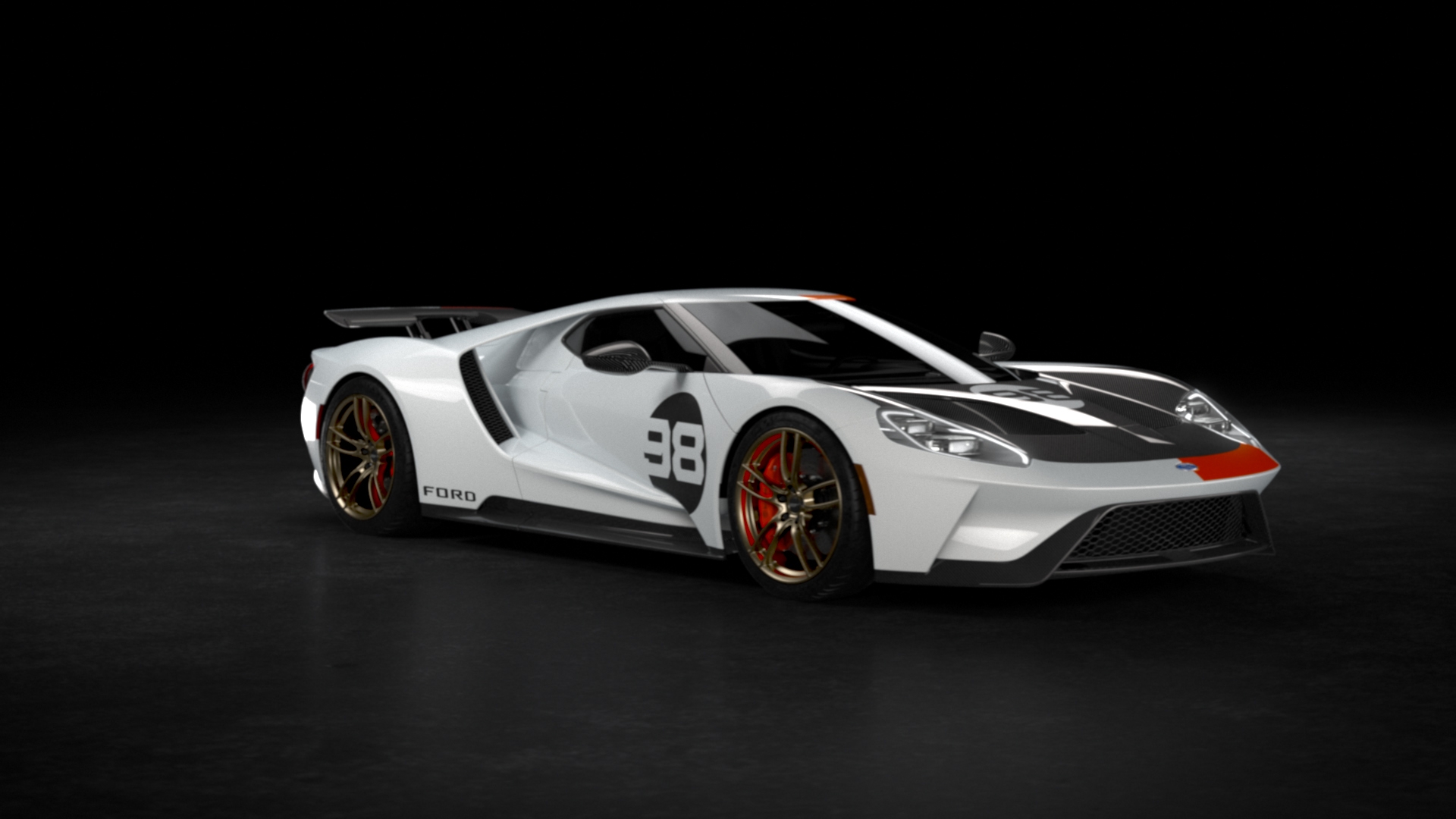 The Ford GT is America’s only Le Mans-winning supercar, and taking this pinnacle of Ford Performance even further for 2021, Ford is revealing two new enhancements today – the first-ever Heritage Edition inspired by the original model’s first endurance win at the 1966 Daytona 24 Hour Continental race, plus an all-new Studio Collection package offers even more exclusivity and design enhancements.

“For this Heritage Edition, the Ford Performance team went deeper into the Ford GT’s race history and crafted a limited-edition model that stylistically honors the 55th anniversary of the Daytona 24 Hour endurance race that would eventually lead to our successes at Le Mans,” said Mike Severson, Ford GT program manager. “Plus, for customers who want to highlight the carbon-fiber body and functional cooling ducts that help deliver Le Mans-winning performance, the Ford GT Studio Collection offers another new way GT fans can personalize their supercars.”

The announcement of two new variants of the Ford GT were the highlights at the conclusion of 2020 Petersen Car Week, which started airing Wednesday on the museum’s YouTube channel. The virtual event featured 25 hours of original content from manufacturers and enthusiasts, along with automotive lifestyle and auction house activities.

First-ever Daytona-inspired Ford GT Heritage Edition
The latest Heritage Edition to join the storied Ford GT supercar family is a tribute to the winner of the 1966 Daytona 24 Hour Continental, where Ford achieved its first 24-hour endurance win, which is captured in the 2019 film “Ford v Ferrari” – or “Le Mans ’66,” as it is known in Europe.

Co-drivers Ken Miles and Lloyd Ruby led a 1-2-3-5 Ford domination at Daytona, kicking off a magical season for the Ford GT40 MK II, with additional 1-2-3 wins at Sebring and Le Mans. This Heritage Edition is the first to feature a livery famous for a race other than Le Mans.

“Miles and Ruby led nearly every lap of the 24-hour race and outpaced the competition by 30 miles,” said Severson. “The win was the first time anyone had threatened Ferrari’s dominance in sports car racing and represented a turning point in the Ford GT race program.”

For customers looking for an even bolder look, an optional Heritage Upgrade Package includes 20-inch exposed carbon fiber wheels with a unique gloss red-painted inner accent barrel, while monoblock brake calipers are lacquered in black and detailed with Brembo lettering in red.

Inside, ghosted 98 roundels provide a subtle contrast on both driver and passenger carbon fiber door panels of this this package.

All-new Ford GT Studio Collection graphics package
Ford Performance also pulled the wraps off an exclusive series new to the supercar lineup, the Ford GT Studio Collection. This all-new graphics package with customizable colors highlights key styling elements, including the functional cooling ducts that helps the 2021 Ford GT deliver all 660 horsepower during the most strenuous, high-temperature sessions at the track.

Its unique exterior graphics package was born of a design collaboration between Ford Performance and Ford GT manufacturer, Multimatic. It reflects the input of Garen Nicoghosian, Multimatic design head, who has worked on the Ford GT program since its genesis.

“The combination of the stripes and accents invokes the emotion of speed and draws your eye to some of the most prominent features of the GT,” said Nicoghosian. “The fuselage, buttresses and signature features on the headlights provide visual anchors for the graphics, guiding your eye across the vehicle.”

Only 40 cars are slated to receive the Studio Collection package across the 2021 and 2022 model years. The body and graphics can be customized with seven standard colors or further personalized with an extended palette offering endless color combinations for even greater exclusivity. 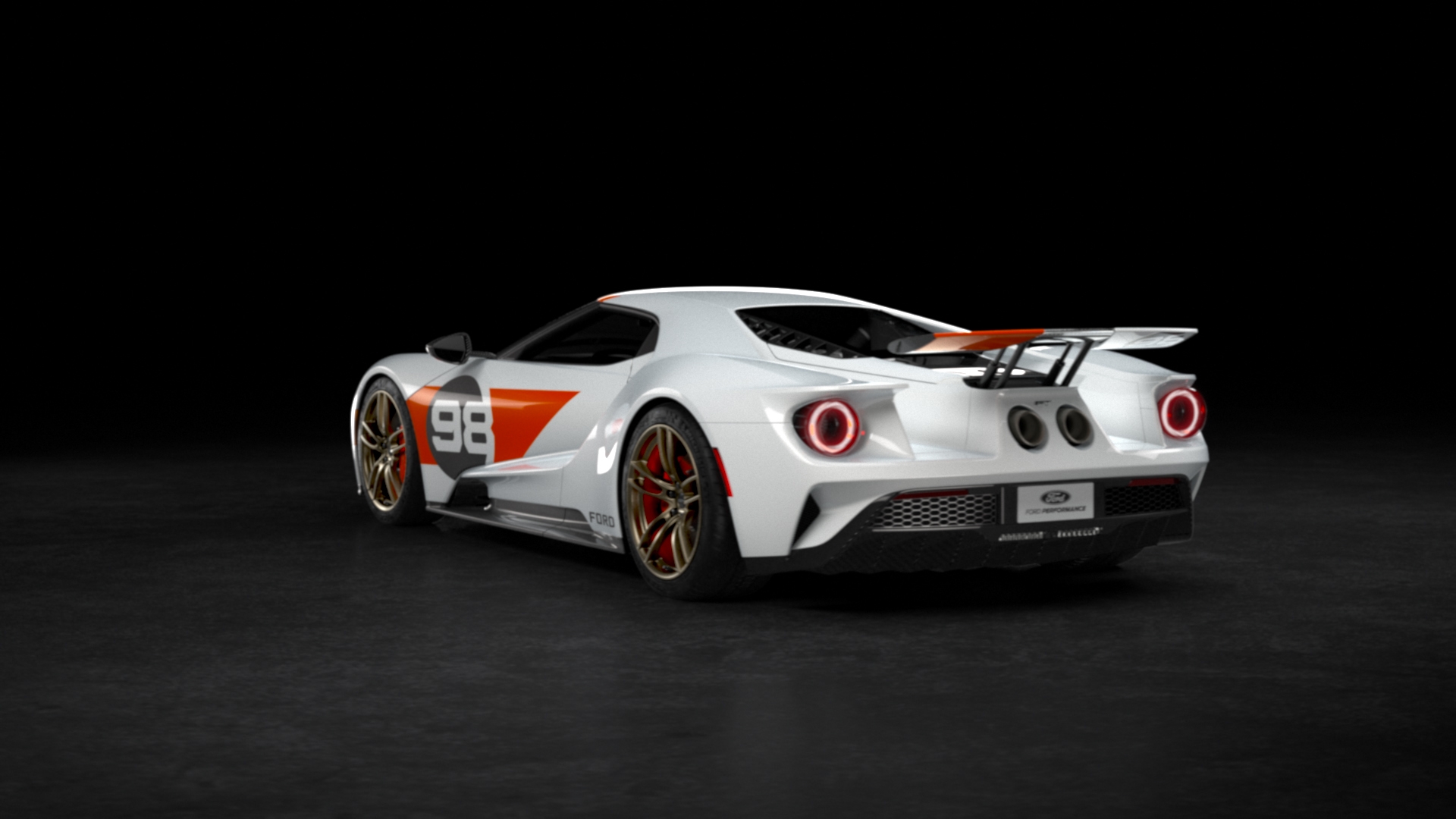