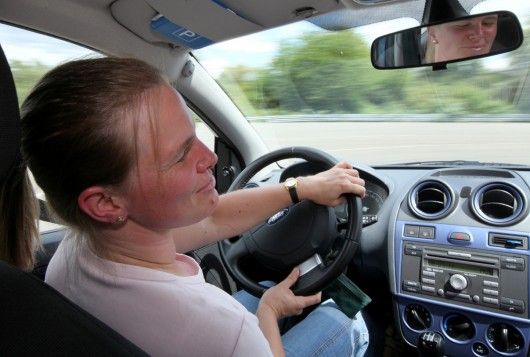 Ford of Europe recently organised a unique drive event when it brought together a group of 30 blind and visually impaired people at a Ford test track inGermany.

The special event was staged at the Ford Development Centre in Cologne, to help blind and visually impaired persons gain a greater understanding of vehicles and traffic.  Under the guidance of professional instructors, the group got to drive on both high-speed straights and corners in a variety of modern Fords reaching speeds of up to 120km/h.

Dr. Wolfgang Schneider, vice president, Legal, Governmental and Environmental Affairs, Ford of Europe, said: “In traffic situations, people with visual impairments orient themselves using sounds, so it’s easy for them to misjudge the size and speed of cars.  We want to help resolve such problems by encouraging greater participation in traffic that can leave us all more enlightened and confident.”

With new technology developing rapidly – including camera- and radar-based safety systems, advanced satellite navigation systems, and vehicle-to-vehicle communications – the possibility that blind and visually impaired persons could one day drive is increasing.

“Technology is progressing so fast that blind and visually impaired people will perhaps be able to experience greater freedom behind the wheel in just 15 or 20 years,” Schneider said.