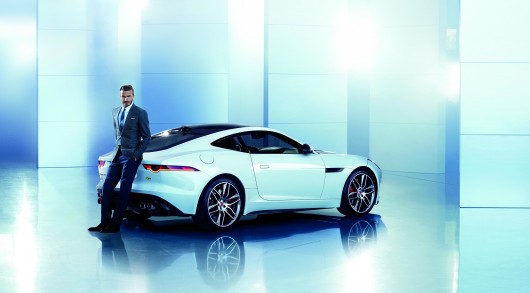 David Beckham has been announced as a brand ambassador for Jaguar in China. Beckham will feature in above-the-line marketing campaigns for the brand in one of its most significant international markets. Bob Grace, Jaguar Land Rover China Managing Director, said: “We are absolutely thrilled that David will be an ambassador for Jaguar in China. David Beckham is a Briton whose achievements mean he has global popularity and he is someone who embodies contemporary British style and sophistication. He is a truly modern, British individual with a genuine passion for design, innovation, performance and driving.”

David’s role will initially see him feature alongside the new Jaguar F-TYPE Coupé, a sports car that is already regarded as a modern classic and one that is the perfect expression of Jaguar’s vision of modern British style and elegance. His role will develop and will see him feature in many Jaguar brand and product communication campaigns in the coming years, including those for the Jaguar XJ, the company’s award winning large luxury sedan. The print campaign will appear in magazines and on billboards across China, with a TV advertising campaign appearing later in the year.