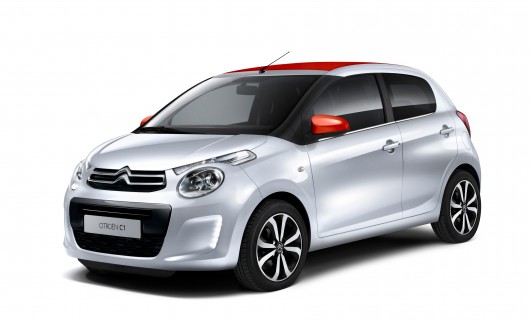 Citroen will unveil its new Citroen C1 at the forthcoming Geneva Motor Show. This new city car will be available in three and five-door versions, with an open-top body style ‘Airscape’ also introduced. The New Citroën C1 is available in eight exterior colours (Caldéra Black, Gallium Grey, Carlinite Grey, Olive Brown, Lipizan White, Smalt Blue, Scarlet Red and Sunrise Red) and can also be personalised with bi-tone colour options. The interior features a 7” infotainment system for navigation, telephone and music, it’s also used for the car’s reversing camera. Powering the C1 are two petrol engines, the e-VTi 68 and VTi 82. The later is a 1.2-litre three-cylinder engine that produces 82hp and has a combined fuel consumption of just 4.3l/100km and CO2 emissions of 99g/km. We’ll bring you further details including pricing shortly.