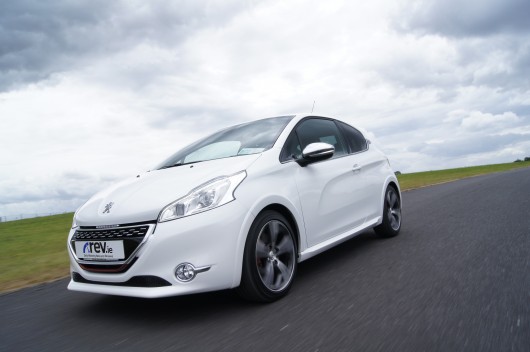 Peugeot rally star Craig Breen has been handed the keys to his new company car, a sporty new Peugeot 208 GTi. The 23-year old from Waterford is considered to be one of the best young rally drivers in the world. Winner of the FIA WRC Academy 2011 and the SWRC 2012, Craig finished third in the 2013 ERC series in a Peugeot 207 S2000. When not competing last year, Craig was testing the new-generation Peugeot 208 T16. Peugeot Sport’s eagerly-awaited new spearhead is currently undergoing final fine-tuning adjustments ahead of its homologation on March 1. Craig has a very clear goal this year, aiming to win the European title this year in the new car. As in 2013, Craig Breen will contest eight rounds of the FIA-ERC, beginning with the Rally Liepaja (Latvia) in a 207 S2000 before the 208 T16’s competition debut on the Acropolis Rally (Greece). 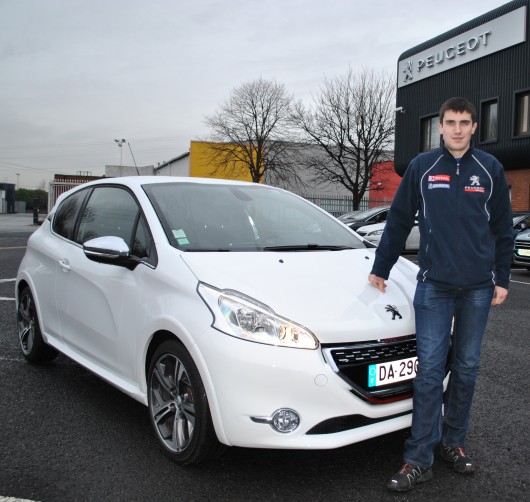 Craig is delighted to be driving the new Peugeot 208 GTi on Irish soil, commenting on taking delivery of his new car Craig said, “The Peugeot 208 GTi drives like an absolute dream and it looks fantastic. My thanks to Peugeot Sport and Gowan Distributors for my new company car.” Interestingly, Craig’s 208 GTi is a left-hand-drive model which will enable him to familarise himself with this setup as his 208 T16 rally car is also left-hand-drive. The Peugeot 208 GTi is priced from €28,175 and you can read our recent review of the car on Irish roads by following this link: http://www.rev.ie/peugeot-208-gti/