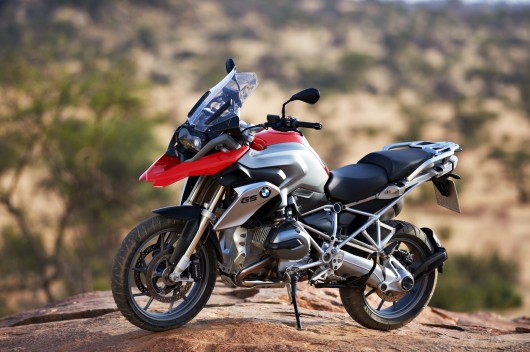 Commenting on the announcement, Adrian Roderick, General Manager for BMW Motorrad UK said, “We are delighted to be able to say that the BMW R 1200 GS is, once again, the UK’s best-selling motorcycle over 125cc. The first ever liquid-cooled R 1200 GS offers performance, technology and innovation, taking adventure-sports motorcycles to an entirely new level. For it to have achieved such success in its first year is a wonderful endorsement from owners.

“What’s more, for the R 1200 RT and R 1200 GS Adventure to have sold so well is huge commendation for these much-loved models. With both being replaced by all-new liquid-cooled versions in March, we look forward to further strengthening BMW Motorrad’s position at the top of the touring and adventure-sports sectors.

“On the global scale, BMW Motorrad has celebrated its third consecutive all-time best year of sales in 2013. The new GS has been a huge part of that success; with the liquid-cooled model breaking BMW’s own records for the best first year sales of any model in their 90-year-history.”

To find out more on the BMW R 1200 GS and the full range of BMW Motorcycles please visit www.bmw-motorrad.ie