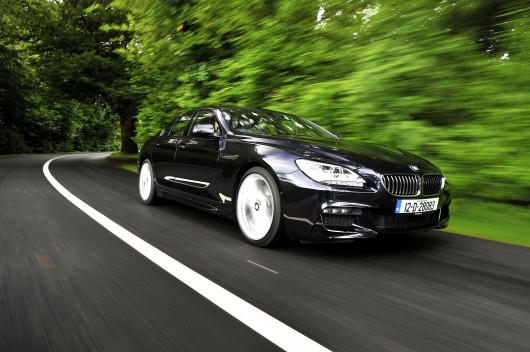 Up front, the 6 Series Gran Coupé has a long bonnet leading to a sweeping roofline which tapers towards the rear, where led taillights are neatly integrated. The rear brake light extends the full width of the rear window combining style and function. The M Sport version, which is expected to account for 80 per cent of sales, benefits from BMW M aerodynamic styling with 19” M Sport alloys with painted black brake callipers sitting behind. The interior of the M Sport variant is complimented with sports seats and anthracite headlining. The Gran Coupé utilises a stretched version of the 6 Series Coupé’s underpinnings, it’s 113mm longer in order to create legroom for rear seat occupants. Despite its low roofline there’s ample room in the rear for passengers, up front the entire switch gear is familiar to its coupé’s close relative. There’s a subtle mix of luxury and technology, with an immense colour information screen in the centre of the dash, the nerve centre for operating the vast amount of controls on hand through BMW’s intuitive iDrive. 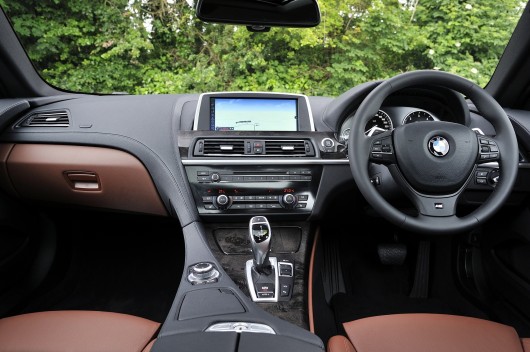 Whilst there are two petrol engines on offer, the 640i and 650i, offering 320hp and 450hp respectively, the sole diesel engine will certainly be the key seller, and in our opinion offers the perfect combination of power and economy. The 640d utilises a 3.0-litre six-cylinder diesel engine, one that’s powerful with 313hp produced along with an impressive 630Nm of torque, that’s just 20Nm shy of the range-topping 4.4-litre V8 petrol 650i variant. The beauty of the 640d is in its power delivery, mated to an eight-speed sports automatic transmission, power is readily available throughout the rev range. Its acceleration is powerful and yet silky smooth with seamless gear changes. All variants come equipped with BMW’s ECO PRO mode as standard, when selected this adjusts the engine management system and electronically operated systems such as the climate control to maximise efficiency.

When pushed on, the 6 Series Gran Coupé delivers, with a confident chassis setup, as part of the optional Adaptive Drive control you can vary the stiffness of the car’s dampers and increase throttle and steering sensitivity at the touch of a button. It offers a far more engaged drive then the softer Mercedes Benz CLS, whilst the Audi A7 benefits from Quattro all-wheel drive. BMW does offer its xDrive four-wheel drive system but it’s solely available on the range-topping 650i variant.

Auto Start-Stop is something I’d normally switch off in a car as I often find these fuel-saving systems interfering with the drive, BMW’s system operates at lightening speed encouraging you to leave the system switched on, which I did for the duration of my test drive. 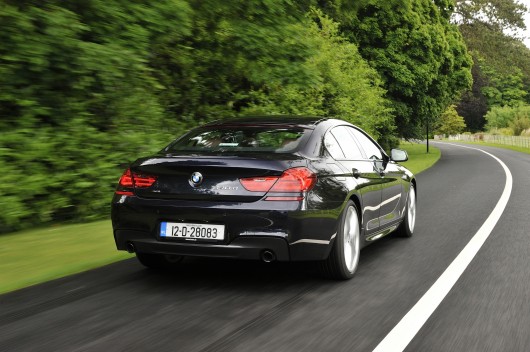 Whilst the 6 Series Gran Coupé is an accomplished four-door coupé it’s price puts it at a distinct disadvantage over its main competitor, the Audi A7. The 640d M Sport model we drove is priced from €104,300 which rises to €120,000 when additional equipment such as 20” wheels, Adaptive Drive, Adaptive LED headlights, park assist and a sunroof are added. An Audi A7 equipped with a 245hp 3.0-litre TDI diesel engine is priced from €66,900 a considerably lower price point. If you opt for the 6 Series Gran Coupé you certainly won’t be disappointed, its subtle blend of style, performance and economy delivers on every occasion.