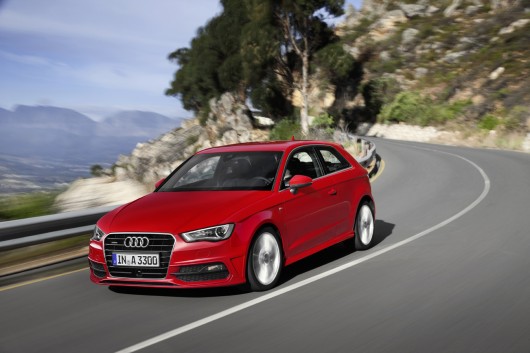 In conjunction with the Irish launch of the new A3, Audi announced details of its ‘Future Now’ campaign. The Future Now sales event offers incentives to Audi customers who pre-order their 2013 car from September to the end of December, with a comprehensive range of upgrade packs, each representing a significant saving. For example, if you pre-order a new Audi A6 you can avail from two Future Now packs, the SE + Pack and the S Line + Pack. The SE + Pack benefits from Valcona leather, an 18” wheel upgrade and MMI Navigation for €1,600, representing a saving of €2,079. Also on offer throughout the Audi model line-up is the Xenon light upgrade offer, which offers Xenon lights for just €700, a saving of up to 57 per cent on the usual upgrade price. Audi Ireland has reaffirmed its position as the number one premium car brand in Ireland with the announcement of its market share increasing to 5.5 per cent for the month of August. In the first eight months of 2012 they have surpassed their total sales figures for 2011, with 3,410 units sold, reflecting in a 4.6 per cent market share year-to-date. In order to maintain this growing trend Audi are investing €80 million into their dealer network nationwide, opening new Audi Terminals in pivotal locations. Audi North Dublin has just recently opened its doors, with Audi Waterford and Audi Galway expected to open later this month. Audi Sligo and Audi Naas will open towards the end of the year, with a further three Terminals due for completion next year.

Audi’s positive news and optimistic outlook for 2013 coincides with the recent Irish launch of their new Audi A3. Prices for the three-door hatch commence from €25,900 for the entry-level 1.2-litre TFSI petrol variant with 105hp. There’s also a 1.4-litre 122hp TFSI model and a 1.8-litre TFSI delivering 180hp. The diesel variants comprise of a 1.6-litre TDI which produces 105hp and a 2.0-litre 150hp TDI model, the former will no doubt be the key seller of the diesel range. This new Audi A3 offers significant value over its predecessor, with in excess of €1,200 worth of equipment fitted as standard. Some of these items include Bluetooth interface, MMI radio with retractable monitor, air conditioning and 16” alloy wheels. Through the combination of a strong model line-up and the introduction of sales incentives, Audi’s growth is set to prosper. 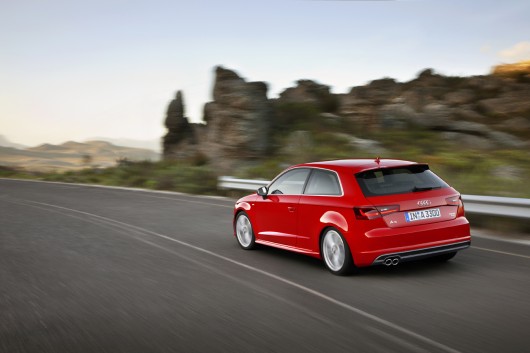