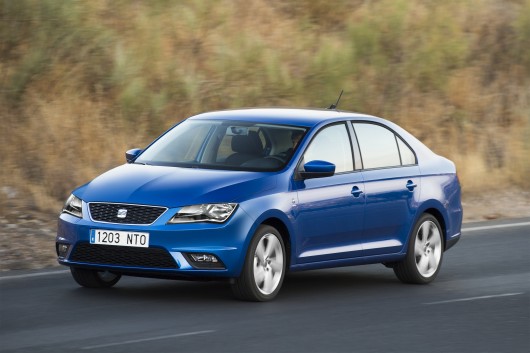 In recent times Seat has no doubt slipped off the radar of potential customers, this small Spanish manufacturer has been the poor relation of the vast Volkswagen empire. As such it’s often had to make do with previous generation models from within the VW group and re-badge them. Take the Seat Exeo for example, it’s a solid car that was once an Audi A4, now wearing Seat badges and sporting some subtle new bumpers and lights. Long overdue, Seat has received some much-need investment from the deep pockets of its owners. This money will be used to introduce some new models over the next few months and next year.

Closer to home Seat Ireland has seen its market share reduce by 0.2 per cent to 1.8 per cent year on year, as of the end of August 2012, with sales of 1,300 units. On receiving a €20 million investment which is incremental over the next five years, Seat Ireland, lead by Adam Chamberlain, Seat Ireland Brand Director, will introduce a new product line-up, kick-start an advertising offensive to increase brand awareness amongst consumers and expand its current number of dealerships across the country. Adam is a focused individual whose aim is for Seat Ireland to achieve a 3.5 per cent market share by the end of 2013, and see this continue to grow, reaching 4.0 per cent by 2016. Aside from the introduction of new models they will reduce prices or increase the standard level of specification on average by ten to 15 per cent across their range. They’ve also just recently introduced a third year’s warranty, three years free servicing and roadside assistance for all models. 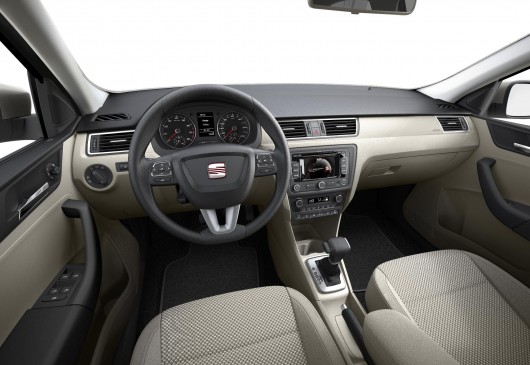 Not long after the recently launch Seat Mii, the sister car to the Volkswagen Up and Skoda Citigo, Seat has launched their new Toledo. It’s an important car for them in a segment that’s traditionally had a strong following across the country. It’s a pity then that the designers have been quite cautious in the design studio, it’s not bad looking, just a bit too conservative for a car that’s aimed at kick-starting the brand back into life. Thankfully the interior is a strong point and will impress all who travel in the Toledo. There’s a strong resemblance to Volkswagen in the cabin, but that’s no bad thing, the quality of materials throughout the cabin are finished to a high standard with a subtle mix of plastics and chrome on the door cards and instrument dials. Up against competitors including the very similar Skoda Rapid, Ford Focus, Toyota Corolla and Renault Fluence, the Toledo leads the way. It’s spacious as well as comfortable, offering a vast 550-litre boot, easily accessible through the hatch tailgate.

The Toledo will go on sale this November, with prices commencing from a respectable €17,995 for the entry-level 1.2-litre TSI model. There will be two variants of this engine on offer, an 85hp and a 105hp model, seated in tax band A and band B respectively. These petrol editions will only contribute to approximately ten per cent of total sales. The key sellers will be the diesel models with the 1.6-litre TDI 105hp being the main seller from launch. A 90hp TDI variant will be introduced in June 2013 and will no doubt become the key seller. Both diesel Toledo’s will benefit from tax band A placement. I test drove the 1.6-litre TDI at launch in the city of Toledo, Spain. Toledo is the home to this car, which was originally launched in 1991, this fourth-generation Toledo is therefore at home on the roads around the world’s second oldest medieval city, after Rome. On the move the Toledo is comfortable and easy to live with, the TDI engine is quiet and offers acceptable performance with 105hp and 250Nm available. It transfers this power to its front wheels through a five-speed manual transmission that’s light to use. Fifth gear is tall and therefore suitable for motorway driving. The Toledo is a stress-free car to live with and will succeed as a family car, it doesn’t offer the same involved driving experience of the Ford Focus which offers more feedback through its proficient chassis and suspension setup. 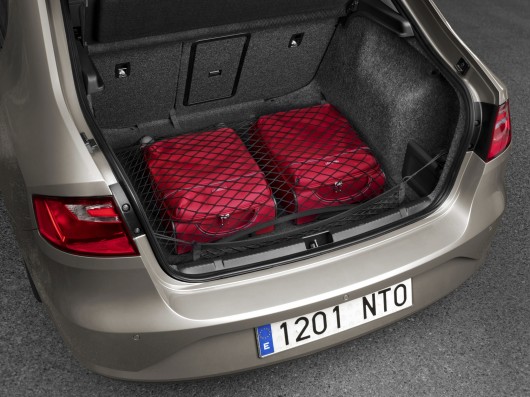 The Toledo does have the edge over its competitors in terms of equipment on offer and therefore the value for money it represents. There are just two trim specifications on offer, Reference and Style. The entry-level Reference model comes sufficiently equipped to meet the vast majority of motorists’ needs with Bluetooth, a multifunction steering wheel, ESC (Electronic Stability Control) and EBA (Electronic Brake Assist) all included.

The Seat Toledo may not be the most dramatic car to come from the Spanish German firm, one that may be the order of the day to revitalise the brand. It does however offer genuine value for money with its competitive pricing and equipment levels on offer, these essentials backed up with a three year warranty, three years free servicing and roadside assistance are sufficient to make potential customer stand up and take notice of them. The Toledo will be followed early next year by the all-new Leon, form initial photos this should be the car to offer the distinctive styling that the Toledo lacks. As for their market share, if the Leon comes as attractively priced as a package as the Toledo, then Seat are bound to increase their market share, with new models offering value and quality, we will be watching closely over the next few months. 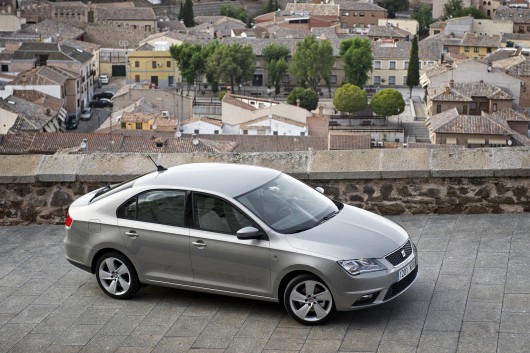