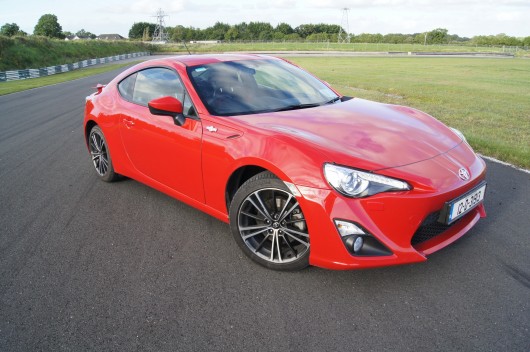 We tested the much-hyped Toyota GT86 earlier this year around the hills on the outskirts of Barcelona, where it proved to offer a truly involving driving experience. Its chassis is precise and offers instant feedback through the accurately-weighted steering wheel. I was concerned that once back on Irish soil the GT86 wouldn’t live up to its glorious introduction on billiard-table smooth Spanish roads. Thankfully I needn’t have worried, the GT86 is just as much fun to drive on Irish uneven roads, whilst the suspension setup is quite firm it’s not uncomfortable. The GT86 is a pretty car from all angles and in some way harks back to the original Toyota 2000GT that was first introduced in the late sixties. 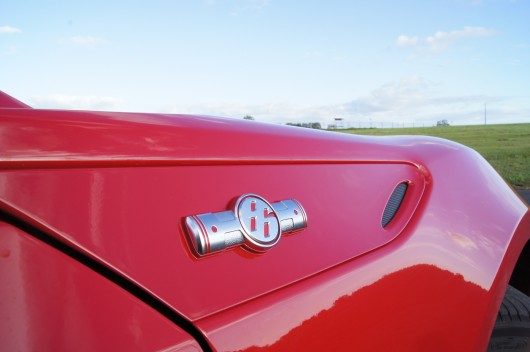 The interior isn’t quite refined or luxurious, it’s more functional with the design focused on the driver, rightly so. Customers can upgrade to leather upholstery but it’s not necessary as the standard sports seats offer immense support and comfort. Although it’s a 2+2 the rear seats offer little room for any size and are better put to use as additional storage capacity. The driving position is central with the steering wheel and pedals inline with one another. The large rev-counter takes central stage within the uncluttered instrument cluster.

The GT86 is a collaboration with Subaru who have their own version, the BRZ yet to be launched in Ireland. Both cars are powered by a 2.0-litre flat four-cylinder petrol engine. In the GT86 this produces a healthy 200hp which offers respectable performance, conversely this is let down on occasions by the lack of low-down torque, with just 205Nm available. This results in you having to drive the car at high revs to achieve optimum performance, the engine emits a somewhat harsh noise but it’s something that you begin to become accustomed too within a short period, it improves as the revs increase. The drive itself is by far the GT86’s trump card, you’re at one with the car with every input from the driver getting a reaction from the car. Take it on track and the GT86 comes alive, the lack of low-down torque isn’t a factor as your changing gears with a short shift of the six-speed manual gearbox at high revs. Disable the stability control and you can truly enjoy some sideways motoring, thanks to the engine mounted in the front with a rear-wheel-drive setup complete with a limited slip differential, the GT86 drifts with ease and precision. You can opt for an automatic transmission at no extra cost but my preference would be the manual gearbox which offers a raw driving experience. 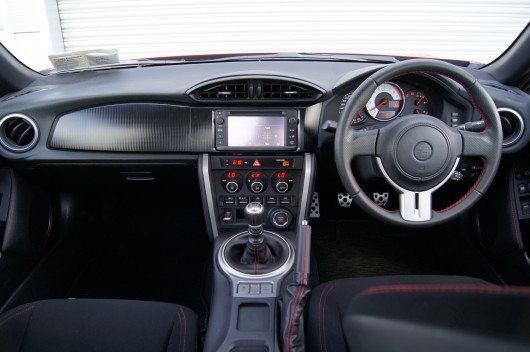 The GT86 is priced from €39,895, which whilst not particularly attractive there’s little in the form of its competitors which offer such a rewarding driving experience. The standard level of equipment is generous, items such as keyless entry, cruise control, climate control, LED daytime running lights, aluminium pedals and a touch screen audio system with Bluetooth and usb connectivity are all included. 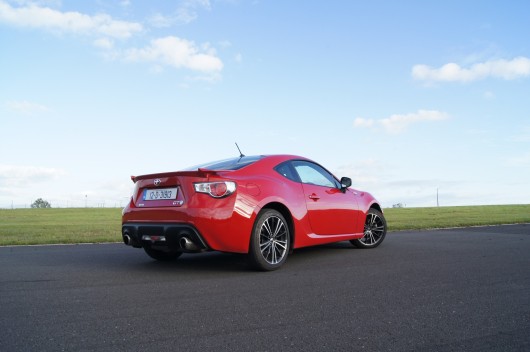 We’ve yet to drive the Subaru BRZ so can’t compare the too, it’s not too far removed from a Mazda MX-5 albeit with a bit more power and no soft-top. The GT86 puts fun back into motoring for Toyota, let’s hope this is the start of their sports car line-up, with further models to look forward too.