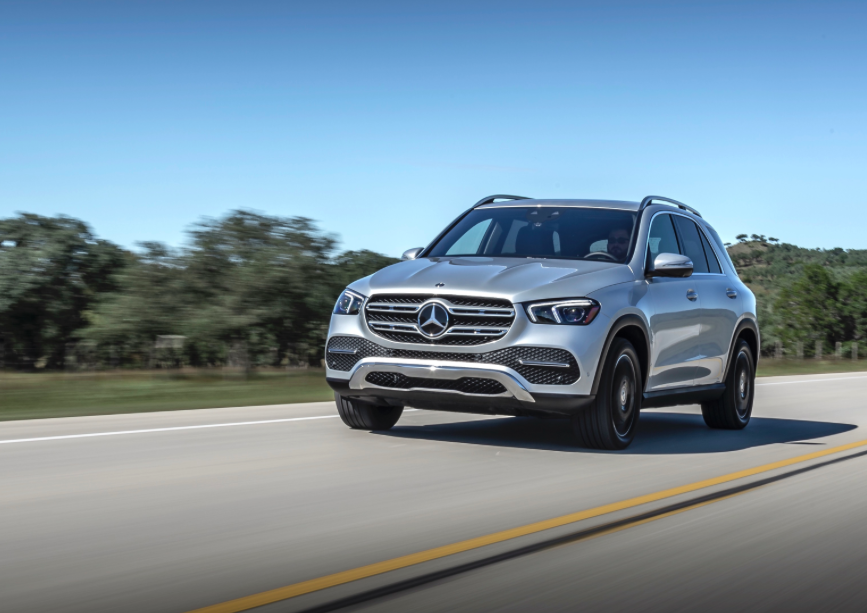 The path being followed by Mercedes-Benz by injecting replacement models with a new sense of youthfulness is most evident in the latest GLE sports utility vehicle just launched. While still the practical workhorse owners expect their SUVs to be, in its latest form the GLE has taken on what sales manager, Ciaran Allen calls a ‘more progressive look designed to attract an altogether wider segment of SUV owners’. Though fitted with the power needed to handle the rough and tumble (with a towing capacity of 3500kg), the GLE now has a noticeably more-rounded, more-elegant presence, designers having dialled down its predecessor’s bold muscular lines. With its younger-looking, ready-to-rock appearance – with 80mm longer wheelbase, short overhangs and flush-fitted wheels – the feeling in Mercedes-Benz circles is that it will appeal to male and female owners in more equal numbers. Helping this will be its fuel-efficient best-in-segment 0.29 Cd value (down from 0.32).

Quiet and smooth running in terms of its driving and handling characteristics – with latest suspension and comfort control features – the new GLE is even more responsive, delivering greater enjoyment and driving comfort in normal road conditions and an even more competent off road performance. Its wheelbase almost 3-metres long, it is more spacious with room for up to seven occupants – rear seat passengers enjoying well over one metre legroom. A second row of seats has the option of being electrically adjustable while a third seat row is available as an option. This extra spaciousness is reflected in its longer, wider dimensions with increased front and rear headroom, better elbow and shoulder room and better load capacity. For music lovers, there is the enjoyment of surround sound. 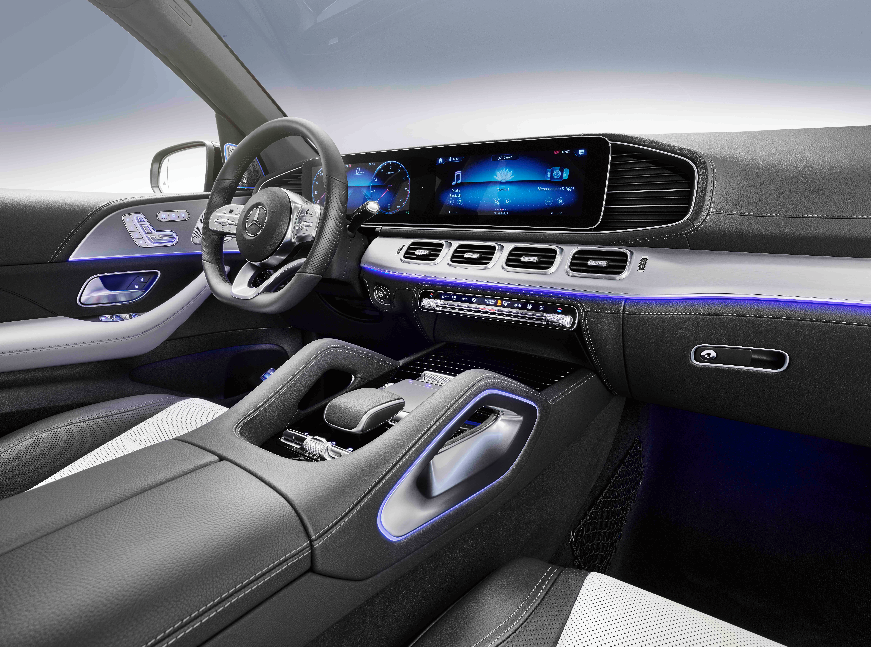 Four diesel models make up the new range all with 4MATIC transmission – a GLE 300d, GLE 350d, GLE 400d and GLE 450d. Ranked the first SUV in its class to meet Euro 6d emissions standards not coming into force until January next, it is fitted with an extended exhaust gas after-treatment system and additional under-body SCR catalytic converter technology that reduce nitrogen oxide emissions down to 20milligrams per kilometre average. Model-by-model, the range breaks down into one 4-cylinder and three 6-cylinder units in the 1950cc to 2999cc power range with a 0-100kms acceleration spread from 5.7 seconds to 7.2 seconds with fuel consumption and CO2 emissions stats ranging from of 6.4-6.1-litres per 100kms and 169-161g/km (in the case of the 300d) to 9.4-8.3-litres per 100km and 214-190 g/km (in the case of the top-powered 450d). Promised later is a plug-in Hybrid electric version with a rival-beating 100kms full electric capability.

Seeing this latest introduction as ‘yet another step’ by Mercedes-Benz in the quest to broaden its ownership base, both by gender and by age, their sales manager in Ireland, Ciaran Allen said: “GLE is pitched to be one of the most ‘value-attractive’ models in its segment and forerunner in a parade of new 2019 model introductions, next of which will be the new A-Class saloon and CLA”. Prices begin from €78,395 (GLE 300d 4MATIC) and from €95,995 (GLE 450 petrol 4MATIC). As with every new Mercedes-Benz, high-tech features are to the fore. Standard is their acclaimed MBUX driver assistance and infotainment system and ‘Hey Mercedes’ voice-activated feature. In its latest form, MBUX has the day and night capacity to ‘read’ driver and front passenger hand and arm movements to facilitate the contactless operation of interior features such as seat adjustment, reading lamp and light. 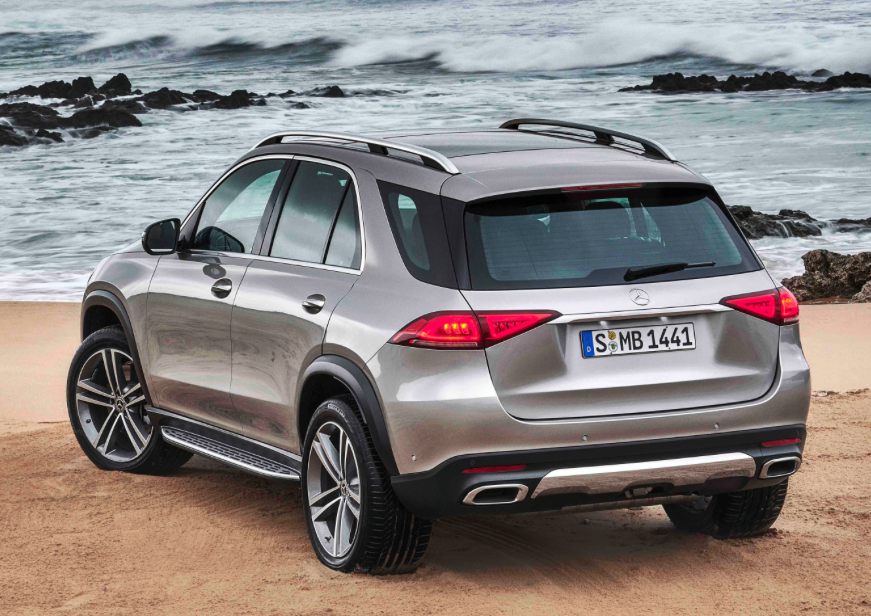 Touch screen technology abounds on which functions can be controlled intuitively and displayed according to individual preference on two large screens arranged to create a panoramic effect. An array of standard and optional items includes latest generation high-tech safety, information assistance and intelligent drive features such as navigation aids, app-based smartphone and vehicle security monitoring packages, and an optional, next-generation head up display. Particularly innovative is E-Active Body Control, the only system on the market that controls spring and damping forces and rocking mode to extricate the GLE from difficult off-road situations, and a Trailer Manoeuvring Assist package that controls the steering angle automatically to make manoeuvring easier, even for the inexperienced. 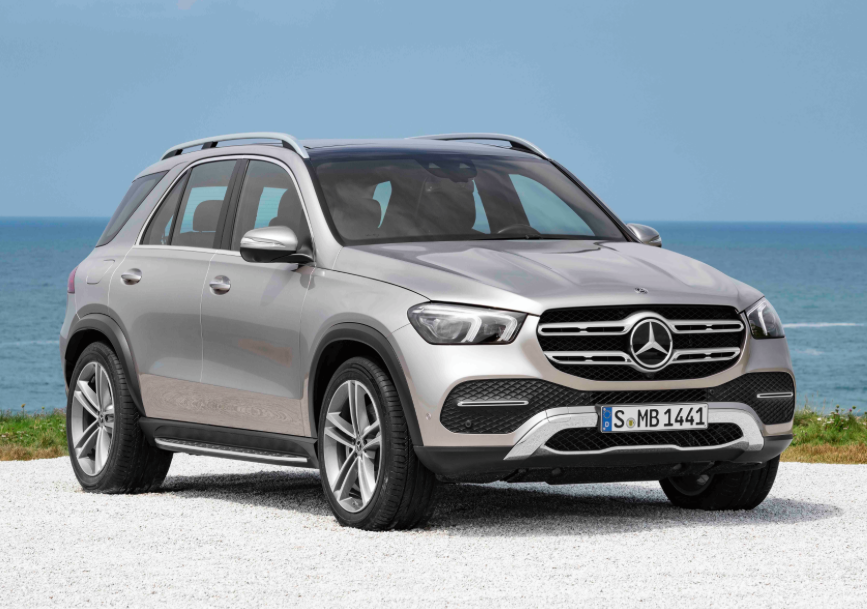