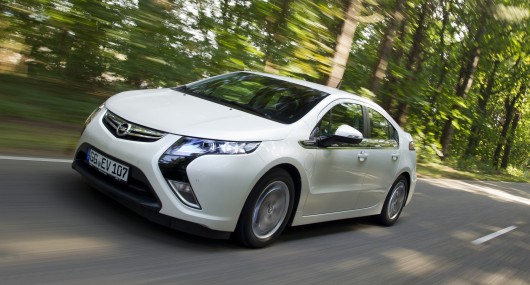 With ever-increasing pressure on manufacturers to produce more fuel-efficient and eco-friendly vehicles, many have developed electric and Hybrid vehicles. Whilst both variants are successful, they each have their own drawbacks. Opel may have the solution to these issues, with the introduction of its all-new Ampera. 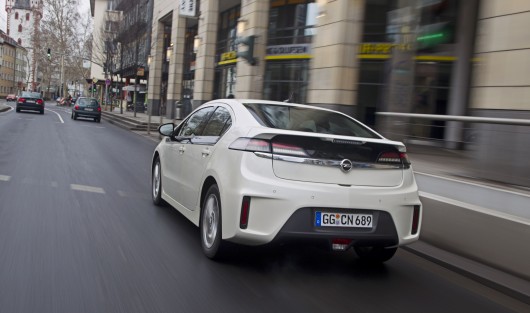 The Ampera is neither a fully electric vehicle nor a Hybrid, it’s an Extended-Range Electric Vehicle (E-REV) and thanks to this unique setup it offers realistic range for all journeys. Its 16kWh rechargeable lithium-ion battery powers the Ampera for a distance up to 80 kilometres, with full power available at all times. If you reach its maximum range on electric power the 1.4-litre petrol engine will automatically start up and provide the electricity to power the drive unit, this extends the car’s range for a further 500 kilometres approximately. The electric drive unit provides an impressive 150hp and 370Nm of torque resulting in an extremely competent car on the road. I drove the Ampera on a mix of motorways and country roads where it excelled at fuel consumption, I achieved 86 kilometres on full electric power with zero fuel consumption and zero emissions. When the petrol generator is required it fires up seamlessly, the dreaded range anxiety that’s associated with electric cars is never experienced in the Ampera. The Ampera’s battery can be charged through a standard domestic three-pin socket with the charging lead that’s located in a storage compartment beneath the boot floor. The standard charge time is approximately six hours from a domestic socket. Electric power is something Opel has extensive expertise on, they designed and manufactured the Lunar Roving vehicle that was driven on the moon in 1972. Opel has designed a liquid cooling system which will extend the Ampera’s battery life and prevent it from exposure to extreme temperatures. 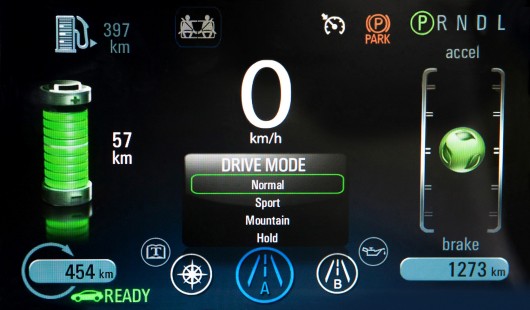 The driver instrument panel offers a choice of displays to the driver. Particulars such as remaining battery life and expected range can be clearly displayed. The central control display boasts a large colour screen, it’s effortless to use thanks to a host of clearly marked touch buttons below it. You can choose from four different driving modes, each offering a different setup for varying driving conditions, they are Normal, Sport, Mountain and Hold. I drove the Ampera for the majority of my drive in Normal Mode, where it drove faultlessly. If you adjust your driving style slightly there’s gains to be had, the Ampera features regenerative braking, this harnesses the kinetic energy of the car’s forward motion during deceleration and converts it into electrical energy that’s stored in the battery. Therefore if you read the road ahead and lift off the accelerator in advance of needing to apply the car’s brakes, you can effectively re-charge the battery. 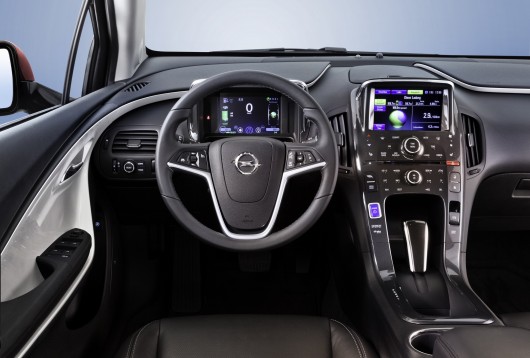 Opel’s designers have given the Ampera a unique look to set it apart from its current vehicle line-up. The Ampera is clearly identifiable from the front with its boomerang-shaped headlights, whilst the rear has split tail lights. The sweeping roofline adds to the overall aerodynamic design of the car which aids airflow and reduces drag, therefore improving efficiency. The Ampera is due to arrive in Ireland this September with prices commencing from €46,995, which includes a €5,000 government grant. Customers can initially choose from two trim specifications, Positiv and Electron, with a new base trim ‘Earth’ to be introduced to the range early next year. Items including ESP, ABS, Bluetooth connectivity, climate control and an electric parking brake are fitted as standard across the range. The Ampera has already received a number of awards, most notable being named as The European Car of the Year 2012 and The World Green Car of the Year 2012. After an initial drive of the Ampera it’s no surprise it has notched up some prestigious awards in a short space of time. It’s packed full of new technology that works effectively in the real world. The Ampera is revolutionary and deserves attention, although Opel may experience some difficulty attracting customers out of their German executive saloons, who realistically are the main motorists that will be able to afford it. 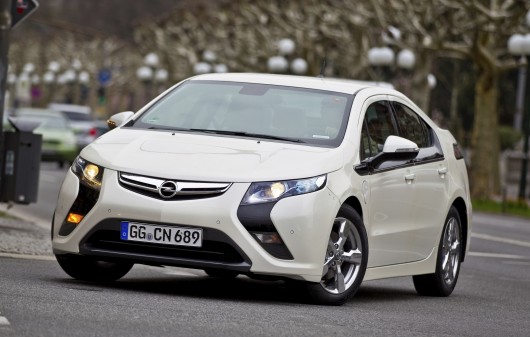