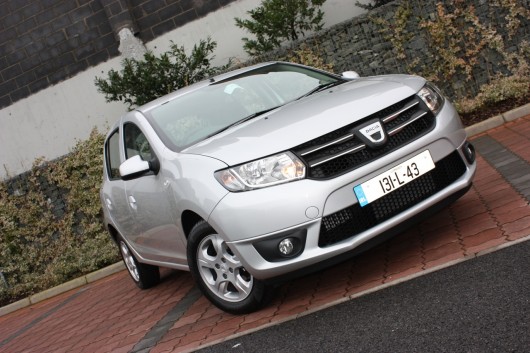 Few cars create headlines the way Dacia have done since their introduction to the Irish market. First of all they make a bold statement by introducing the country’s cheapest SUV, and now they return to the market with the Dacia Sandero, sporting an unbelievable price tag of just €9,990. Today we find ourselves at the Glenview Hotel in Wicklow for the first drive of the new Sandero. On first sight I am yet again pleasantly surprised by the overall stance of the Sandero. Sitting on 15-inch alloys, the colour coded bodywork looks tastefully designed and easy on the eye from every angle. Unknown or new manufacturers have many times launched new vehicles to the Irish market but more times than not the design has let them down in so many ways, killing the brand before it was even given a chance. This is not the case with Dacia, whilst the quirky looks of the Duster take a little getting used to, the Sandero is pleasant from the word go. After a brief presentation we receive the keys and I make my way towards a Signature model Sandero. There are two models available on the Irish market, the Alternative and slightly higher spec’d Signature. 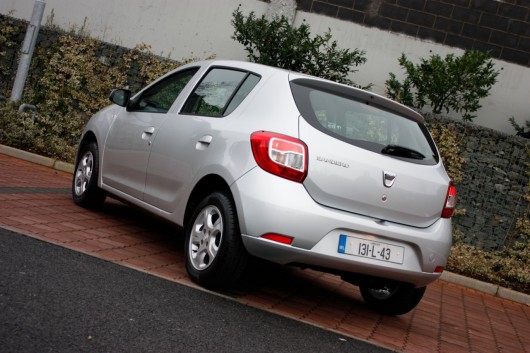 Both cars have core features that are standard which include ABS, EBA, front airbags, ESC and ASR to name a few, however the Signature variant I’m driving has a seven-way function on board computer, electric windows all round, cruise control, fog lights, heated colour-coded mirrors and some added interior styling. It is by no means a poor mans car and in many ways better equipped inside than my wife’s BMW 116i. Engine wise you have three options to choose from. The Signature I have is equipped with a TCe 90 which is a new variant from Renault, also found in the Clio and priced at €13,090. It is a three-cylinder 898cc Turbocharged petrol engine that packs plenty of punch. With 90 horsepower you would imagine performance would be non existent, but thanks to the lightweight body and 135 Nm of Torque it pulls surprisingly well whilst still remaining mighty frugal sipping just 5-liters of juice per 100 km. The other power plants available are the 1.2-litre four-cylinder 75 horsepower petrol or the 90 horsepower 1.5-litre diesel which will no doubt be a key seller. 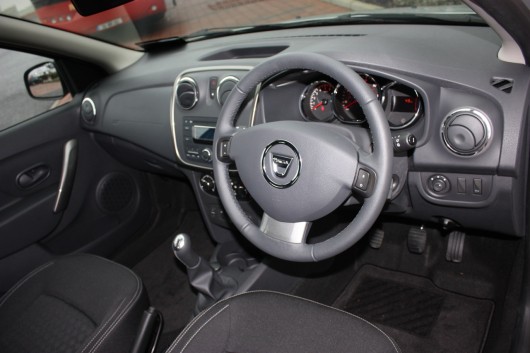 Today’s route takes us further down the Wicklow direction around Greystones village and then out onto the motorway for the run back up. Through the bends the car feels planted with limited body roll and good precise steering feedback. Out on the motorway it drives smoothly, although road noise is a little prominent at the speed limit. So what else do you need to know about Dacia and can we recommend the car with confidence? Well Dacia might be a new brand to us but in Romania the manufacturer opened its doors in 1966. By collaborating with many top manufacturers over the years the company has become a force to reckon with. In recession hit Ireland Dacia could just be the tonic the automotive industry needs to keep people in new cars. Dacia are happy to stand over the Sandero for 3 years or 100,000 kilometers and that in itself inspires confidence. Some would argue that the car hasn’t been properly safety tested without a Euro NCAP rating but we are promised these tests will come in the next few months and safety concerns will be addressed. All I can say is that few hatchbacks at this price point have impressed us more at Rev.ie. 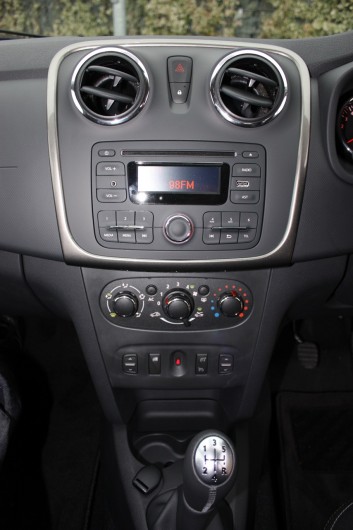