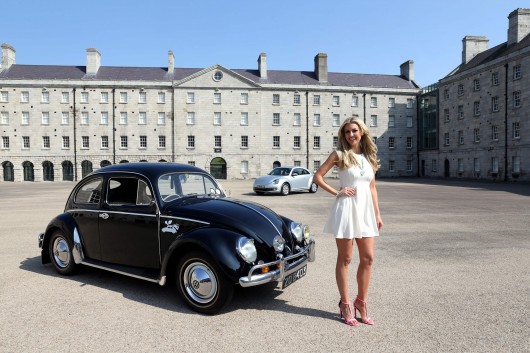 Volkswagen Ireland has announced a new sponsorship deal with the National Museum of Ireland. The three year sponsorship represents a six figure investment from Volkswagen Ireland and will see the automotive brand become official partner to the NationalMuseum. Minister for Arts, Heritage and the Gaeltacht, Mr. Jimmy Deenihan, T.D., attended at the National Museum of Decorative Arts & History at Collins Barracks to launch the partnership.

Minister Deenihan said: “This new sponsorship deal is a wonderful example of how our cultural institutions can work with the private sector to improve services to the public.  Since becoming Minister I have consistently encouraged philanthropy in the arts and heritage sectors and I am confident that this new sponsorship deal between the NationalMuseum and Volkswagen Ireland will prove to be a great success.”

Commenting on sponsorship, Raghnall Ó Floinn, Director of the NationalMuseum said:  “The National Museum of Ireland’s is Ireland’s premier cultural institution and home to the greatest collections of Irish material heritage, culture and natural history in the world.  We are now delighted to be entering into a new partnership with Volkswagen Ireland.   We believe the long standing heritage of both partners is a very good collaboration and we look forward to working together over the next 3 years on a number of joint initiatives which will be mutually beneficial to both partners.” “The partnership is part of a new initiative which involves a bringing modern iconic brand and Ireland’s premier historical venues together in order to raise the profile of the Museum and remind visitors of the rich cultural amenities that they have available to them.”

Simon Elliott, CEO, Volkswagen Group Ireland is confident that the partnership will deliver for Volkswagen and the Museum: “Volkswagen has a long standing history in Ireland dating back to the 1950’s when the Volkswagen manufacturing facility in Shelbourne Road in Ballsbridge became the first location where Volkswagens were made outside of Germany. As a company with a rich heritage we understand the importance of protecting and sharing history as it is what makes us who we are today.”