The Volkswagen Golf has spent many years perched on the podium for being one of the best hatchbacks out there. It is no surprise as no other brand can offer so much within one model range as Volkswagen do with the Golf. You can go from fully electric, to hybrid, to a 1 litre petrol engine or a 1.6 litre diesel engine and all the way up to the performance models of the GTI and the Golf R. Simply no other brand has managed to achieve this and it is something that will stand to Volkswagen. 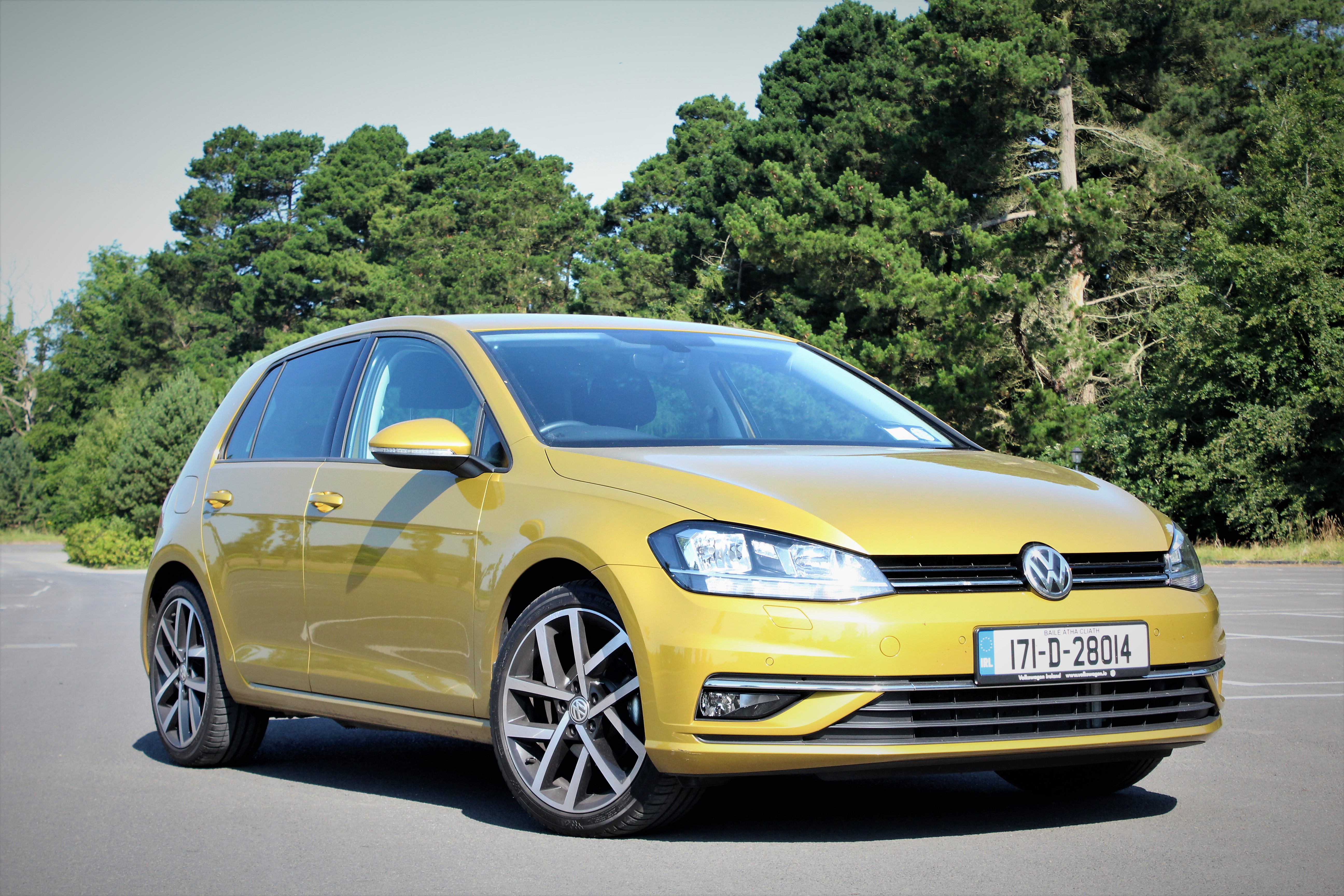 Say for example you have spent weeks on end shopping around and you decide to go with the Golf. Now you have that huge choice of what engine to choose. That option isn’t there if you choose the likes of the Ford Focus or the Renault Megane. The 1.0 litre engine is a power plant which has been creeping back into bigger models in recent years and the unit that is being used by the Volkswagen Group appears to be as versatile and energetic as any other engine out there.

The facelifted version of the Mk7 Golf arrived in Ireland earlier on this year. Its arrival showcased the 7 progressive generations of the Golf which had gone before it. To look from the outside, you could be forgiven for thinking that there have been no changes. There have been but they are subtle, and some you may not even notice at all. Up front the new Golf has received a new headlight design. The radar for the adaptive cruise control is now gone from the lower grille and has been cleverly incorporated into the VW badge. The rear has also benefitted from new lighting with LED lighting replacing the previous setup. 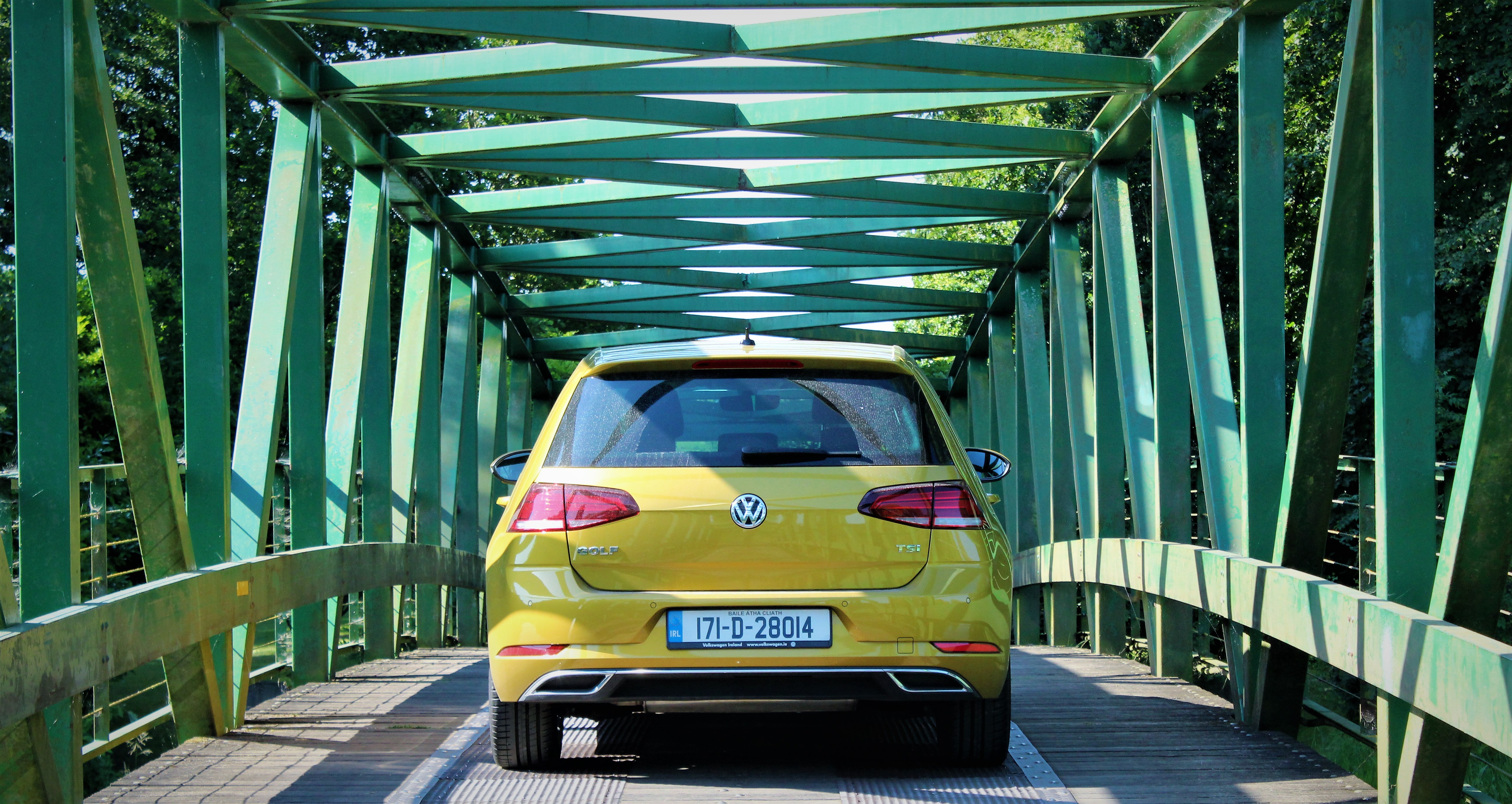 As you sit into the new Golf especially in Highline trim you will notice where the real changes have taken place with the Golf. In this trim you get the impressive 12.3-inch active info display which replaces the standard binnacles. This stylish display is something which you would expect to find in a much more luxurious brand. The new 8-inch glass touchscreen infotainment system is also another example of the technological advancements within the new Golf. This system is streets ahead the competition when it comes to functionality and ease of use.

In Highline trim the new Golf also benefits from Sports seats which add another level of comfort. Space is as expected within the Golf which is ample in the front and sufficient in the rear. There are also plenty of clever storage spaces throughout the cabin. 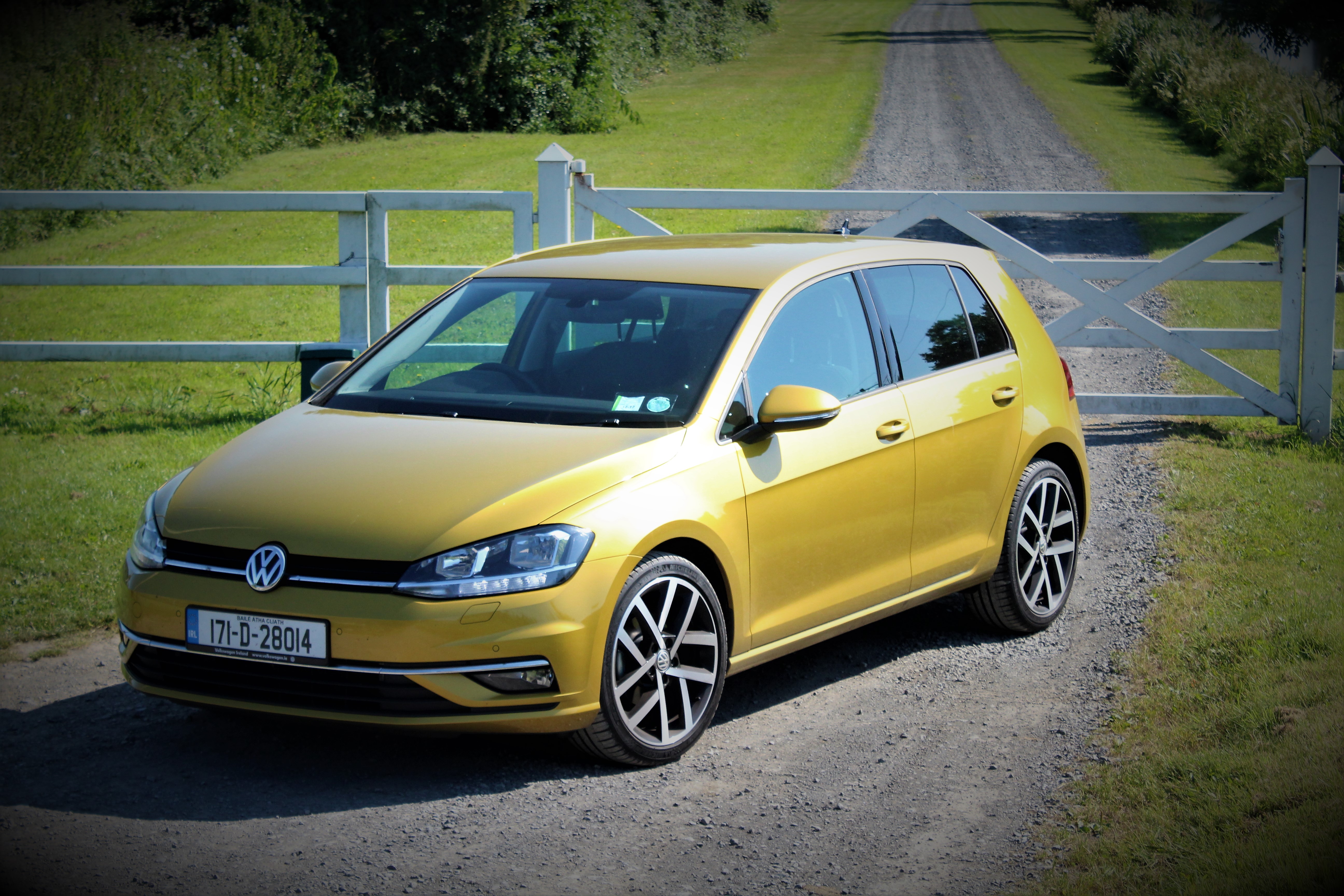 Where things have changed greatly for the new Golf are when it comes to the engine line up. Volkswagen have had their fair share of problems in recent times as the diesel debacle rattled along. The stars of the new Golf range in my opinion are the petrol engines on offer. The subject of this review, the new 1.0 TSI turbo charged petrol engine is the most surprising of them all. This 1.0 litre engine is being utilised by the Volkswagen Group across the range and is simply flawless and it is no different in the new Golf. Pumping out an impressive 110hp this little three-cylinder turbo charged unit packs a nice little punch. Unlike so many other three-cylinder engines which have gone before it, this new powerplant doesn’t have that unbalanced tune to it. It sounds more refined than before and if you are inclined to do more city or urban driving it should suit you perfectly. Even on motorway drives the new engine feels far from underpowered but if its longer motorway drives you are inclined to encounter I would recommend trying out the 1.4 TSI engine instead. The six-speed manual transmission is perfectly paired with the 1.0 litre engine. 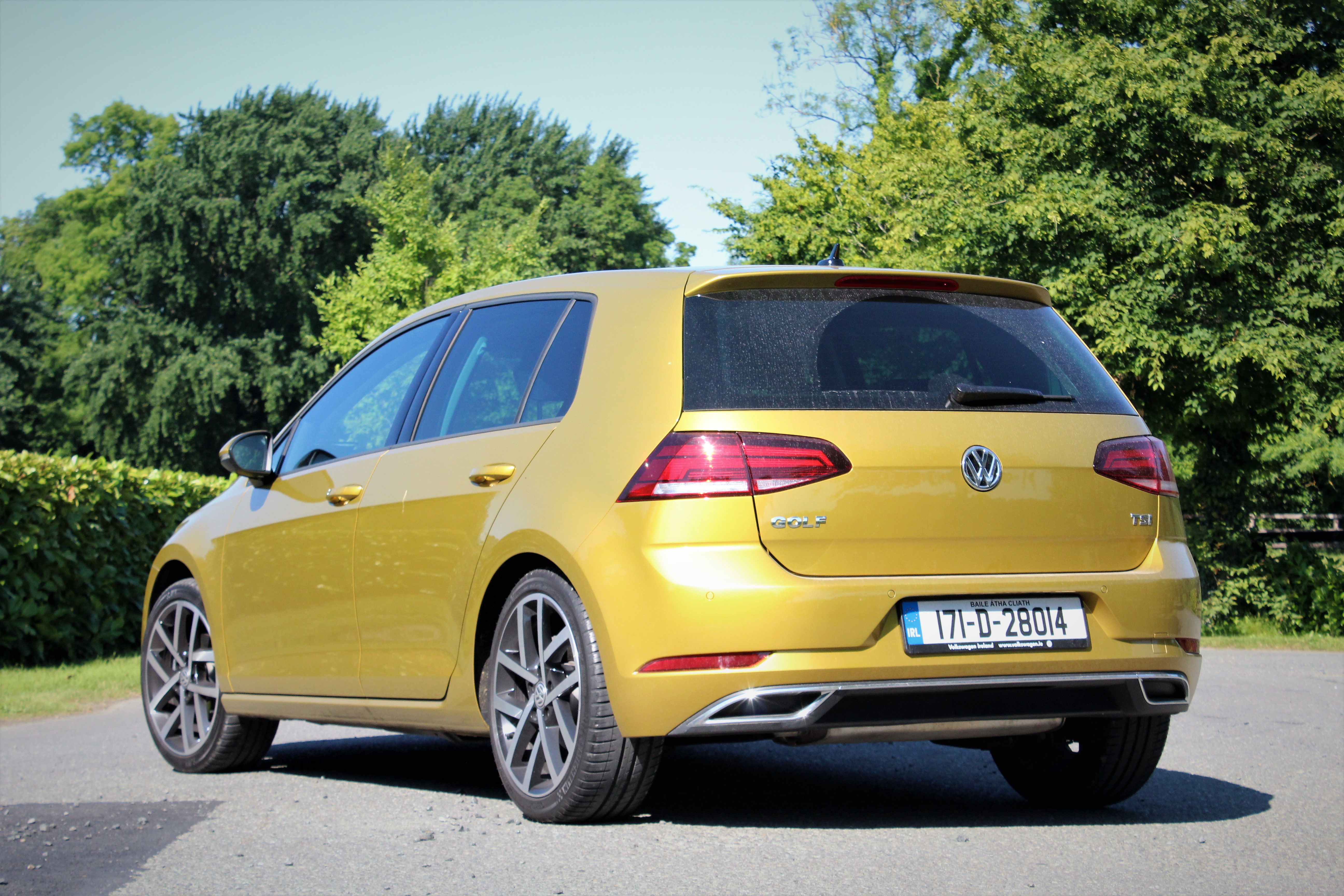 The Golf has repeatedly presented itself as one of the most composed cars in its class when it comes to road hold and comfort. Even with the addition of 18-inch alloys and sports suspension in my test car the ride quality was never compromised and in some circumstances, it was enhanced. Road noise is kept to a minimum and the Golf seems to simply soak up everything that is thrown at it. 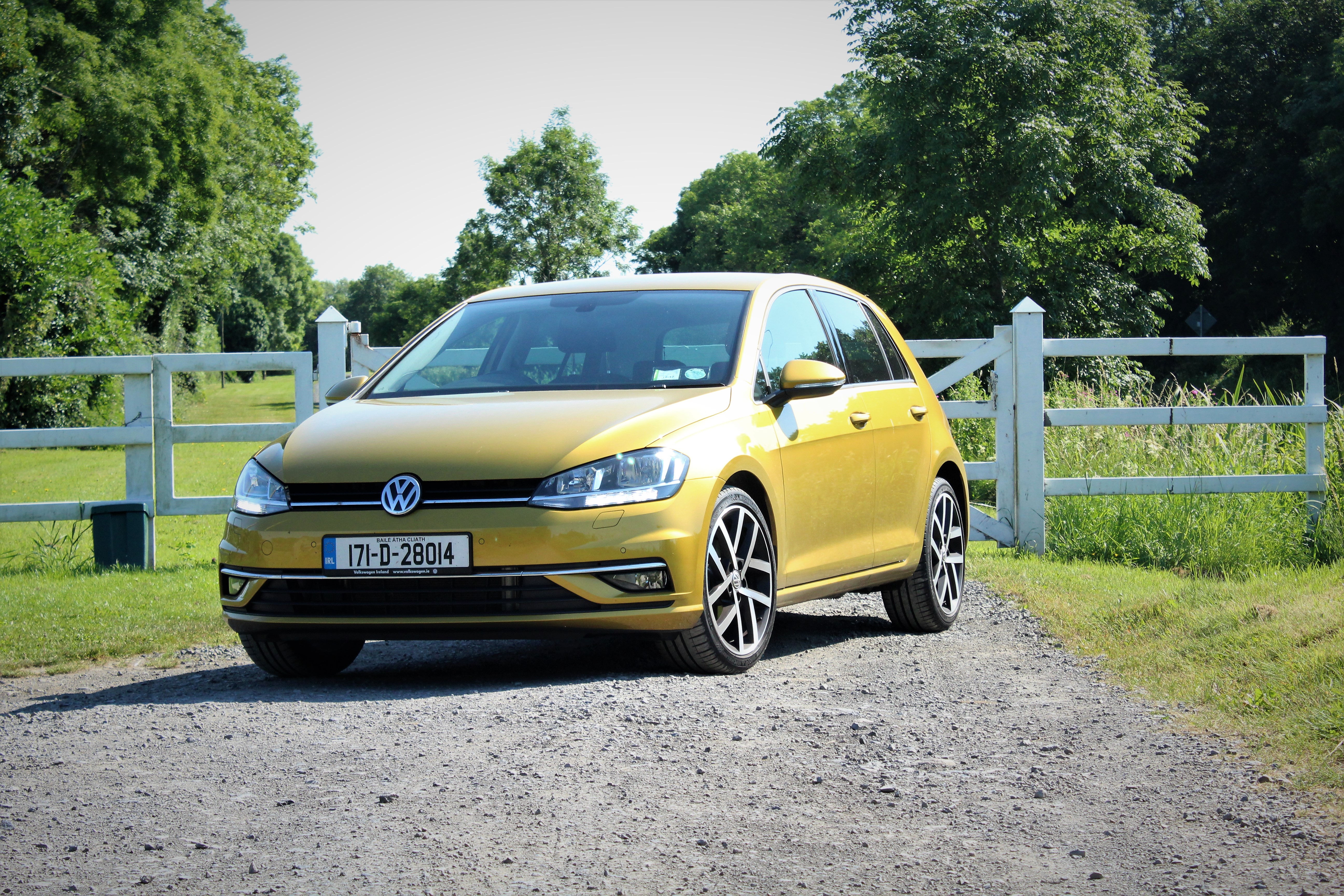 For years, we as a nation have been told that diesel was the way forward. To an extent that was true because it made sense. The lights are coming down on the diesel engine and it would appear that petrol, hybrid and electric engines are the future. After so many years of embracing the diesel engine the biggest task at hand is to entice the motoring public back to petrol. If you are one of the many motorists who doesn’t do enough mileage to justify a diesel engine then I challenge you to go and put this new 1.0 litre engine to the test. You will be pleasantly surprised.