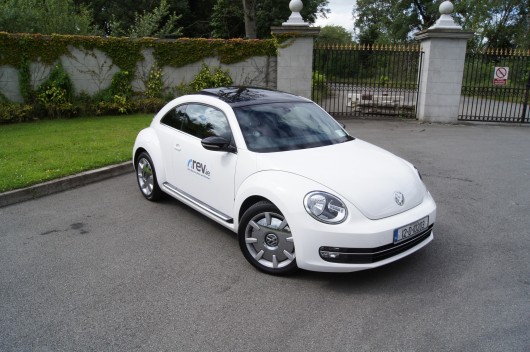 Originally launched in 1938, the Volkswagen Beetle has sold an impressive 21.5 million units worldwide. It’s hard to believe then, that this new Beetle is only the third generation in all this time. Thankfully it’s a vast improvement on the second generation model, which was launched in 1998. Its driving experience failed to offer any thrill and stir your emotions. As a result of its cartoon-like looks, it didn’t really appeal to male motorists either, whilst the driving experience couldn’t be described as entertaining. The same can’t be said for this all-new Beetle, it boasts a more masculine look than its predecessor, aided by the longer bonnet and flatter roofline. 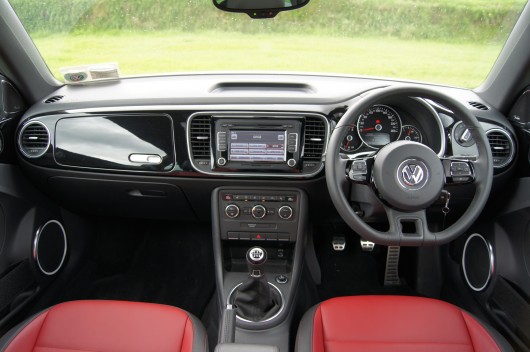 The new Beetle shares the same platform as the mk6 Golf, although the Golf offers a more composed ride. The ride can be quite stiff around town, whilst it’s more enjoyable on the open road. There’s a noticeable increase in interior space over the Beetle’s predecessor, with the well renowned Volkswagen quality fit and finish throughout. It’s a pleasant environment to be seated in, with great visibility all-round. The boot offers 905 litres of luggage space, mercifully the mini vase for holding a single flower on the dashboard has been left out in this model’s design process.

Irish motorists can choose from two petrol and two diesel engines to power their Beetle. The entry-level 1.2-litre TSI petrol offering is priced from €19,995, it offers 105hp and 129g/km of CO2. The 1.6-litre TDI engine produces 105hp and 133g/km of CO2, whilst the 2.0-litre TDI variant has 140hp and 129g/km of CO2. We test drove the 1.4-litre TSI petrol model, priced from €26,320. This unit packs a strong punch with 160hp produced, aided by both a turbocharger and a supercharger. The result is a pokey unit which offers an enjoyable drive and realistic fuel consumption, offering a combined consumption of 6.2l/100km. It falls into tax band C with 153g/km of CO2 emissions, whilst the six-speed DSG dual-clutch transmission variant is placed in band B. 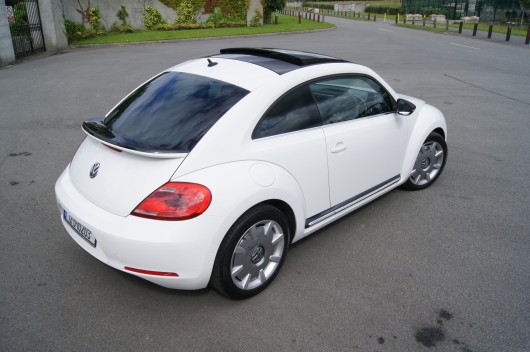 Our Sport variant came well-appointed with items including sports seats, tinted windows, ambient lighting, aluminium pedals and “climatronic” air conditioning all included. There were also a few choice extras on our test car, we were particularly fond of the 18” disc alloys and the 400 Watt Fender sound system, which provides crystal-clear audio throughout. Safety across the Beetle range is extensive, with all models featuring stability control, ABS with brake assist, EDL, EDTC, ASR and multiple airbags as standard.

The Beetle has come of age, with attractive styling and a decent range of engines on offer, it will now also appeal to both sexes.