The Volkswagen Beetle has been an iconic model of the German brand for decades and even has a place in Irish history as being the first Volkswagen model to be built outside of Germany when in the early 1950’s it was assembled in Ballsbridge, Dublin. 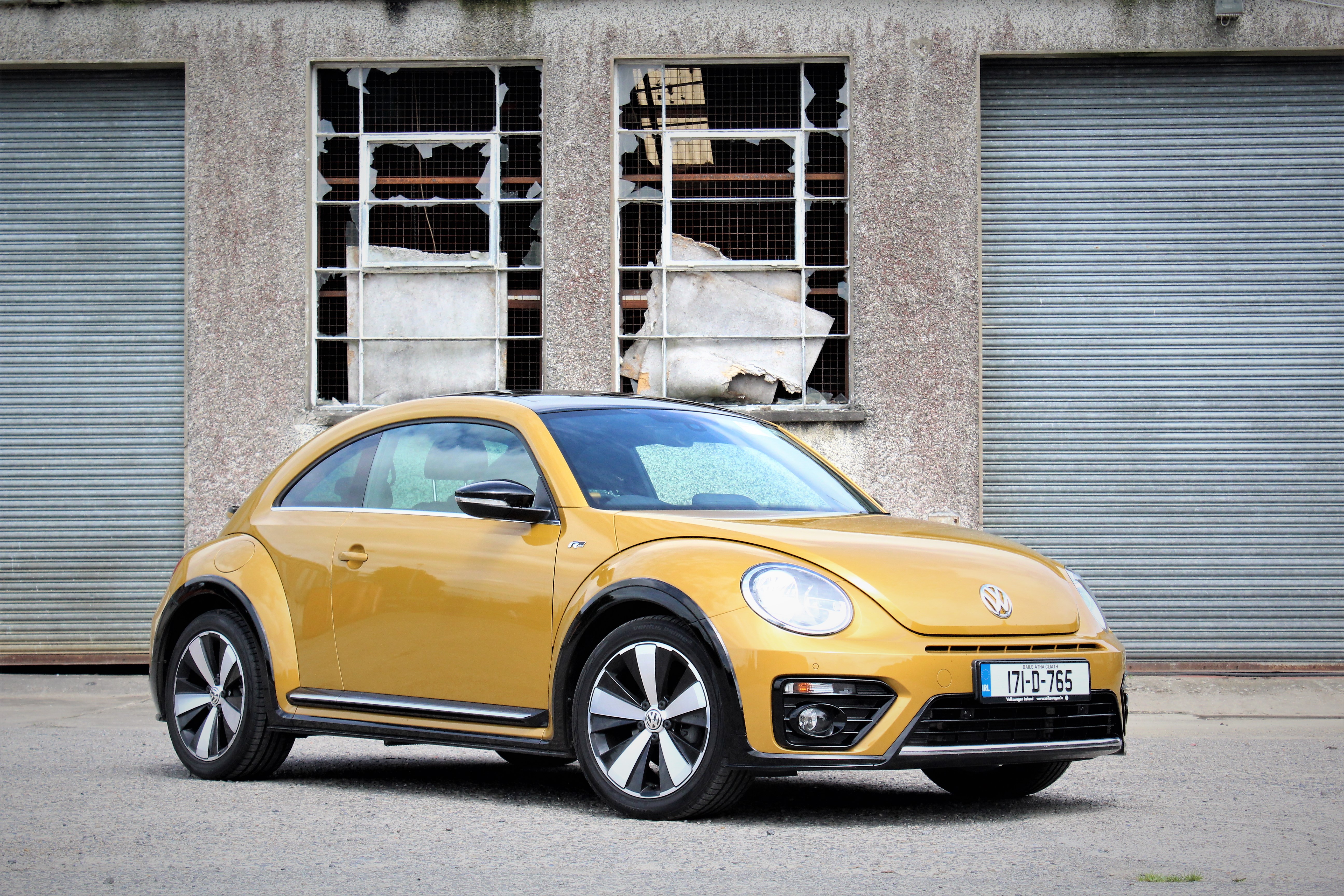 A lot has changed in the Beetle since then. Gone is the old-style air cooled, rear mounted, rear wheel drive Beetle only to be replaced by a modern powertrain sitting up front driving the front wheels only. The styling of the Beetle has also changed as time has gone by but it still retains its iconic looks which leave you in no doubt as to what model of the Volkswagen brand you are looking at. 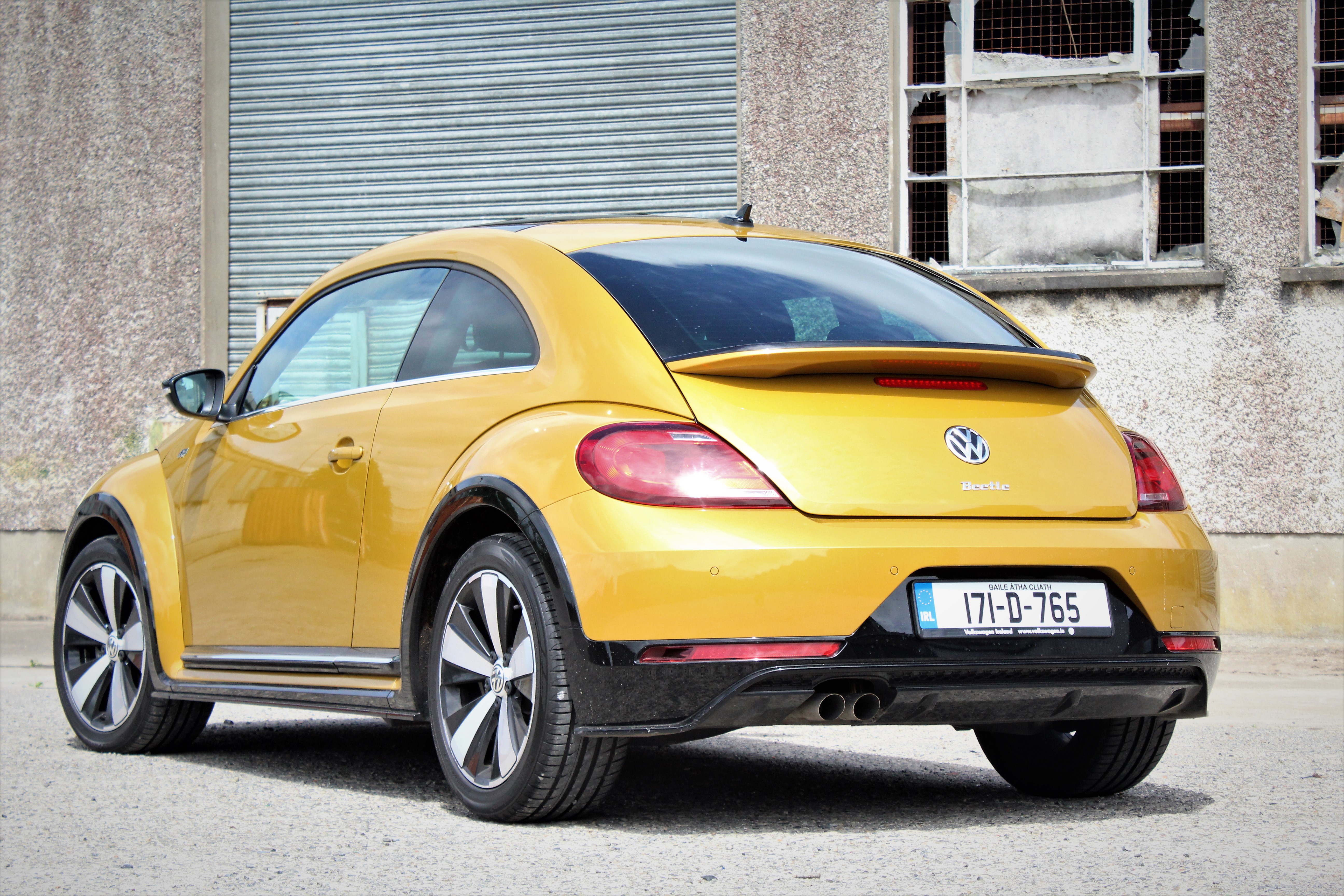 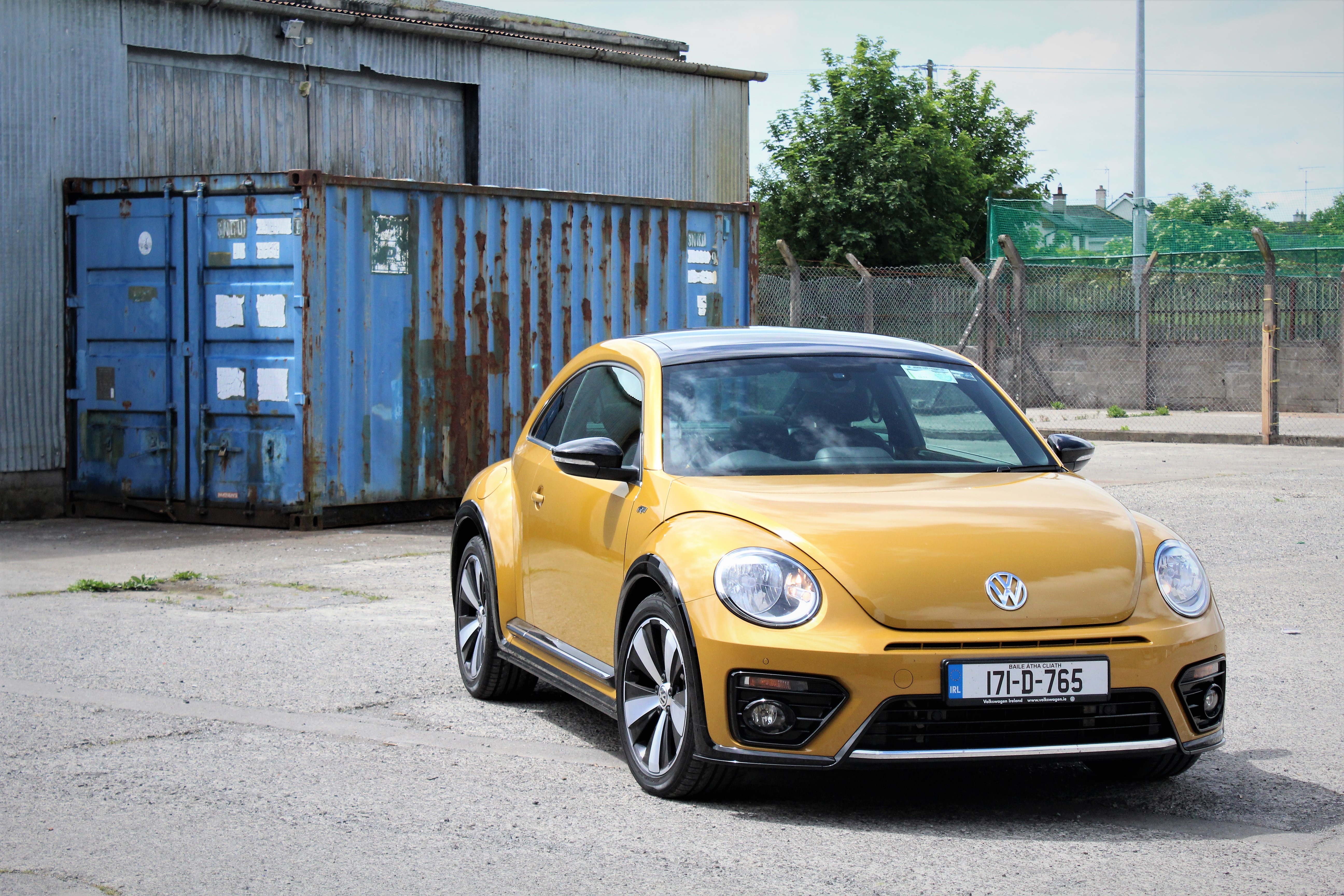 My test car for this review is the range topping 2.0 TDI diesel mated with a 6 speed DSG transmission in R-Line trim. If you choose to go for the Design trim you get a leather wrapped steering wheel, electrically adjusted and heated wing mirrors, electric windows, Bluetooth and USB connectivity as well as cruise control, air conditioning, body coloured dash trims and auto wipers and lights to name but a few. 16-inch alloy wheels are also standard on the Design trim. 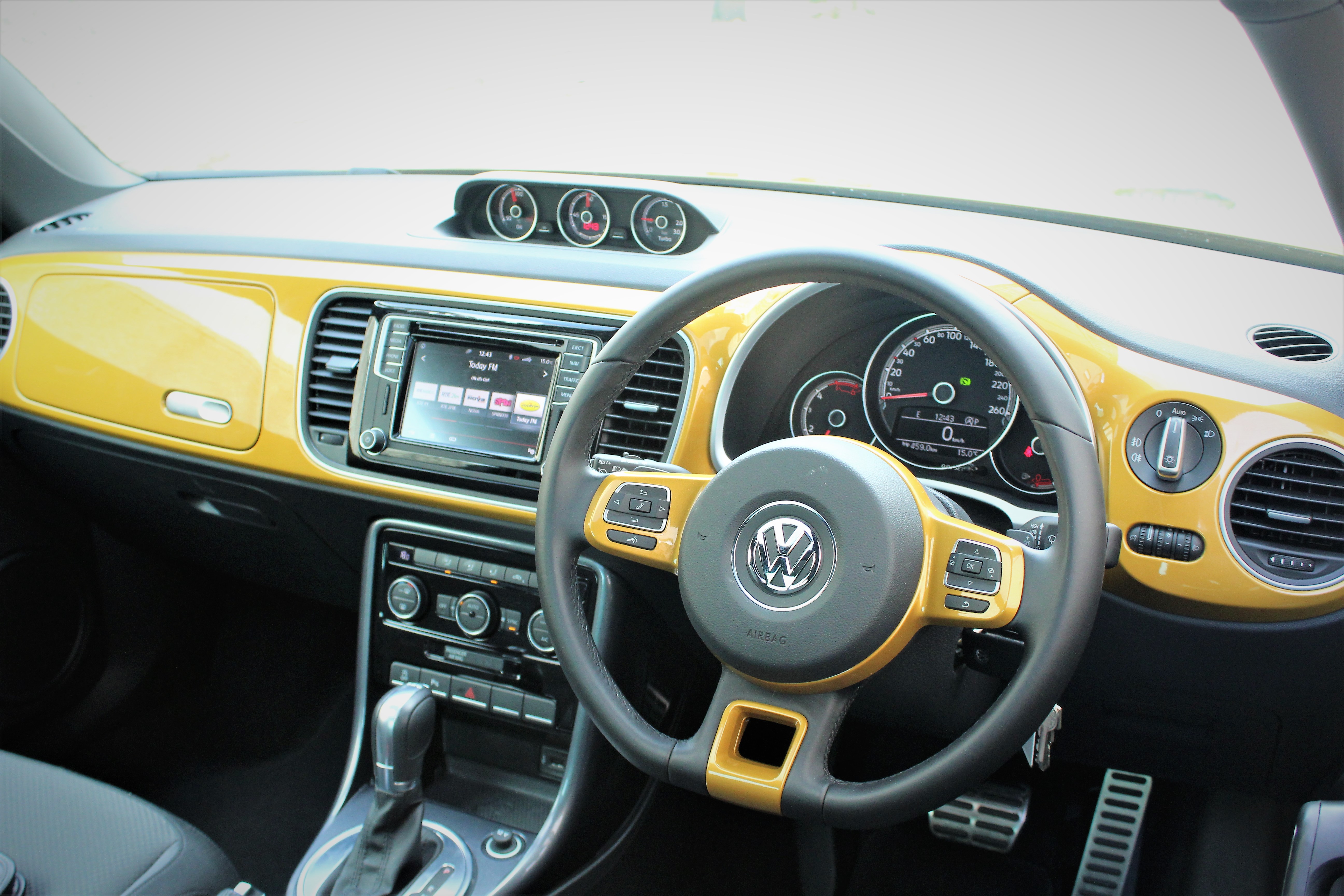 Step up to R-Line trim and you get the addition of tinted rear windows, sports front seats, 17-inch alloy wheels, dual zone climate control, a unique Beetle multifunction leather steering wheel with gear shift paddles as well as Park Distance sensors and distinctive exterior styling which add a more muscular appearance to the new Beetle. The body coloured styling is also present throughout the interior which adds a touch of unique styling to any interior. 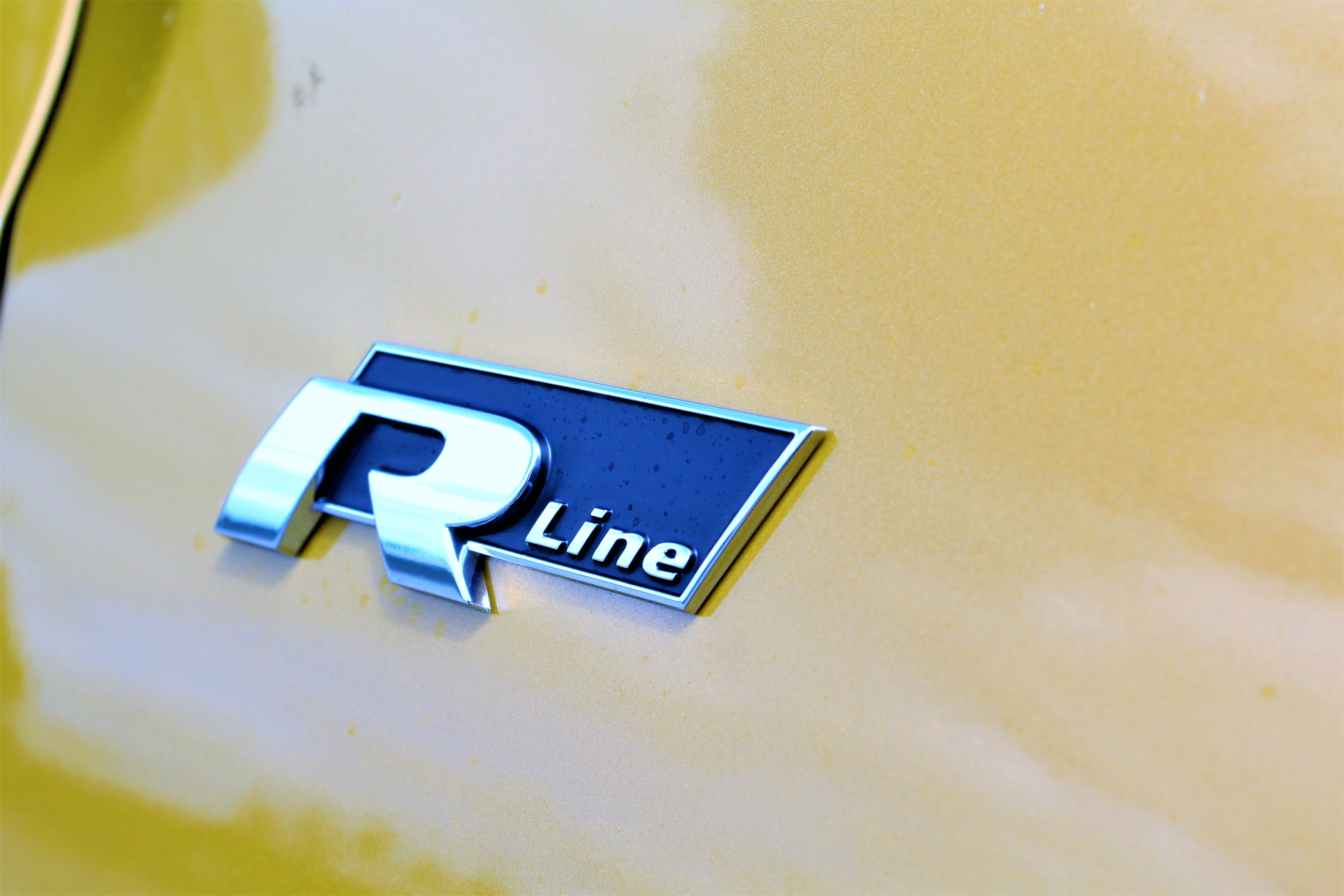 Space up front in the cabin of the Beetle is plentiful with great comfort provided by the sports seats while storage is also respectable. Rear space is a little more limited but not to the point of making it uncomfortable for passengers. The Beetle after all is not advertised as a family saloon or anything like it and if you are in the market for something like this you will find the same issues throughout its competitors. Boot space stands at 310 litres as standard expanding up to 905 litres with the rear seats folded down. 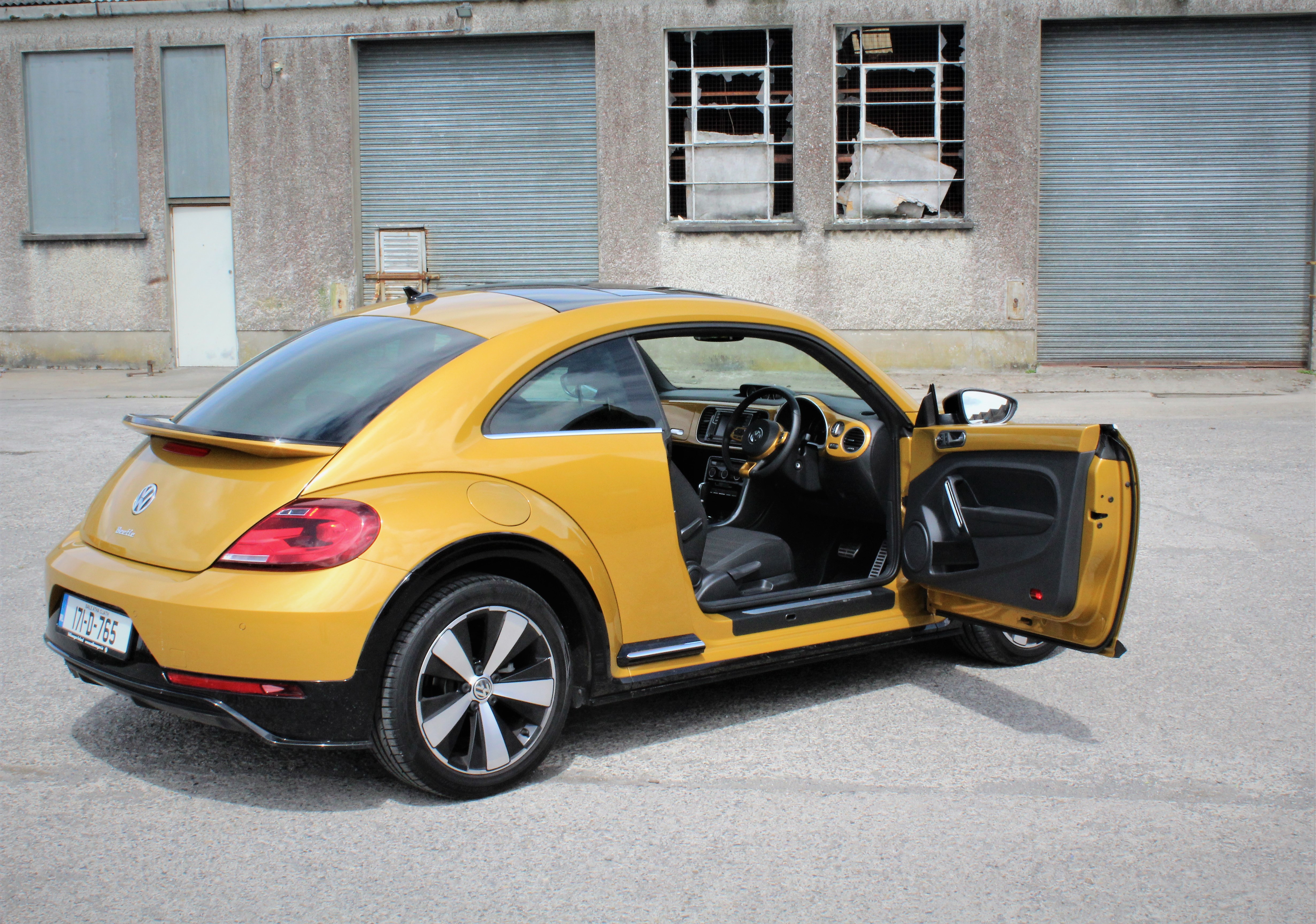 On the road, the Beetle handles well and is an engaging and enjoyable car to drive. There is plenty of grip on corners and the steering offers good feedback meaning that you always know exactly how far you can push it. Whilst it isn’t as sporty as its appearance it still provides and enjoyable drive. Road noise is kept to a minimum even on longer motorway drives and engine noise is kept to a respectable level. Gear changes with the 6 speed DSG paired with my test car were seamless and gear ratios appear to have been very well engineered to suit even the most enthusiastic drivers. 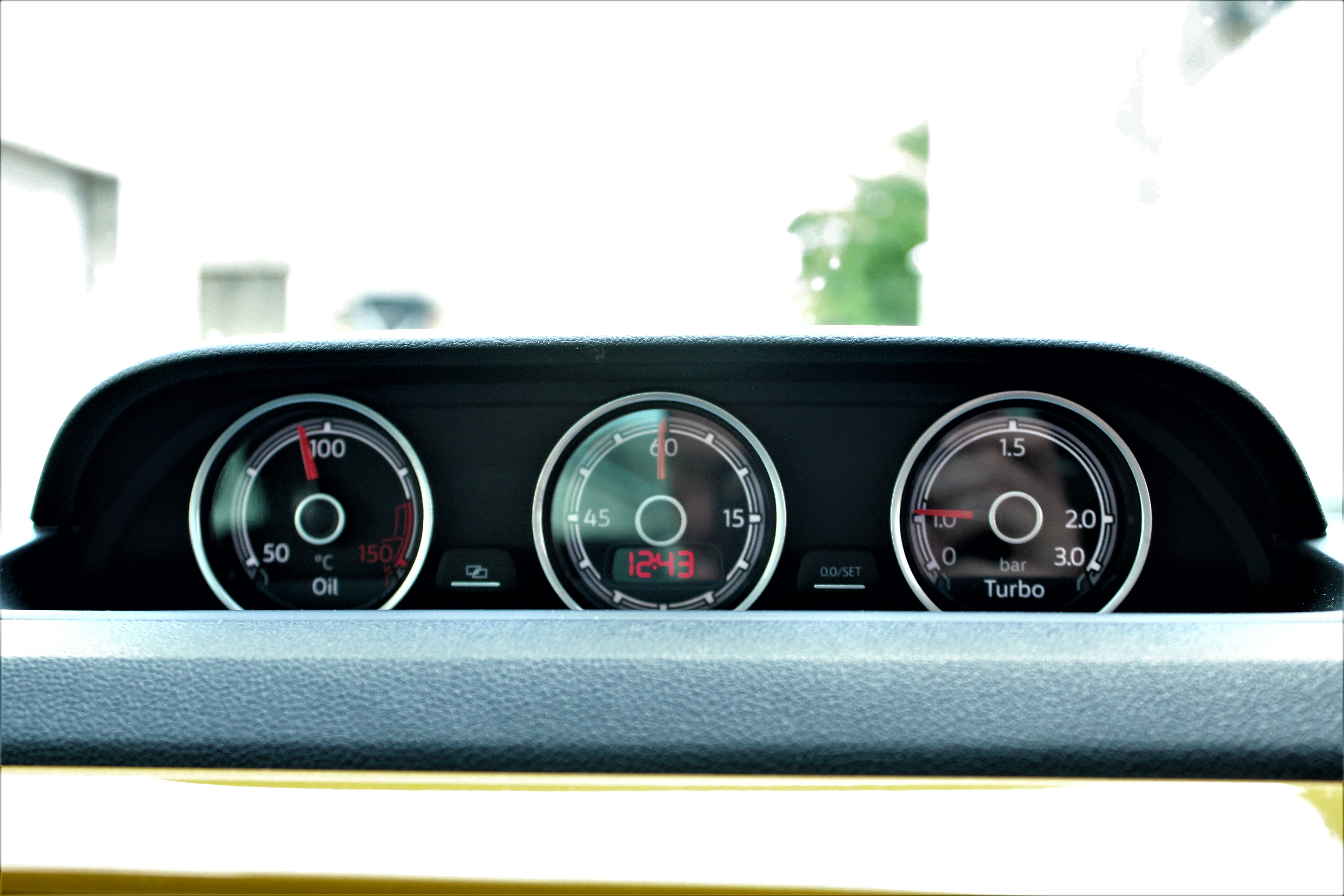 The segment where the Beetle falls into is one where unique design and individuality are as important as anything else. Whilst the Beetle may share a platform of an older Golf model it should really be considered on its own merits. When placed against competition such as the Mini and DS3 it most definitely holds its own.