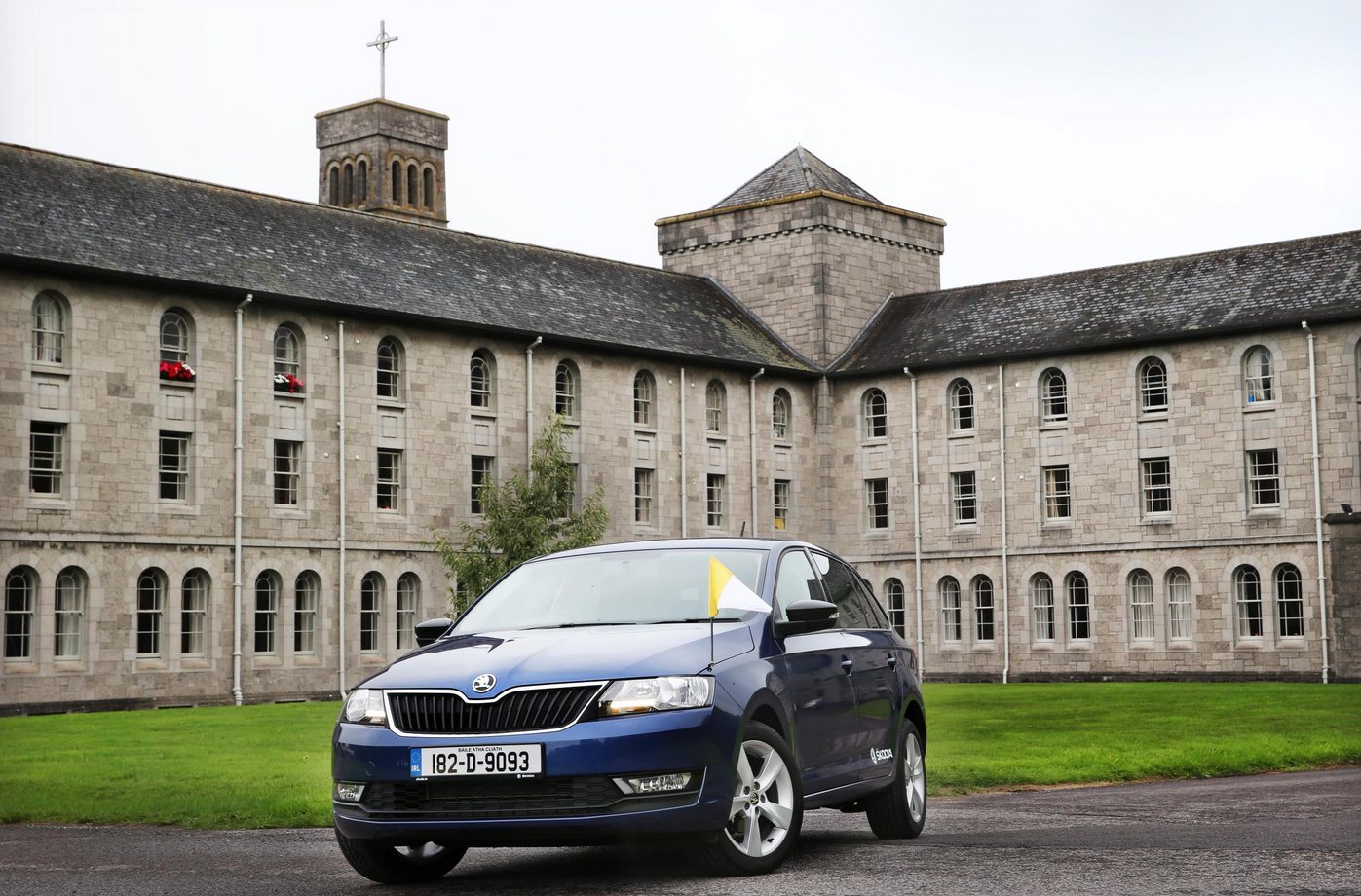 ŠKODA Ireland today announced that it will be the official car partner to the World Meeting of Families 2018 and the Papal visit, this month. As part of the announcement, ŠKODA Ireland confirmed that when Pope Francis touches down in Dublin on the morning of Saturday, 25th August, he will be transported to Áras an Uachtaráin in a ŠKODA RAPID.

“We are excited and honoured to be official car partner of the World Meeting of Families 2018. All ŠKODA models are designed and built with the family in mind. We offer some of the most spacious cars on the market, perfect for families young and old, so this is a great opportunity for us to showcase the quality of the ŠKODA range to mass audiences, both at home and abroad.

“The ŠKODA RAPID was chosen as it is one of the best value vehicles in the ŠKODA range, providing extensive rear-seat space and ease of access. Three identical ŠKODA RAPID vehicles, each fitted with unique identification registration plates, have been reserved for the event.

“As part of the Papal fleet, we are commemorating Pope John Paul II’s visit to Ireland, with vehicle registration 182-C-1979 and, of course, marking this year’s event with vehicle registration 182-C-2018. 182-D-9093 is the primary vehicle, which, when the digits 9093 are inverted, spells out the word Pope. Each ŠKODA RAPID provided has been customised to requirements. Modified glass has been installed and each vehicle has been provided in a unique navy-blue colour as requested. Small chrome flag poles have also been installed to the passenger-side fenders, which will display the Vatican flag.”

Following the departure of His Holiness, Pope Francis’s ŠKODA RAPID, together with an additional ŠKODA RAPID, will be provided to a charity to be nominated by Archbishop Diarmuid Martin, in accordance with the wishes of Pope Francis. In addition to providing transport to Pope Francis in Dublin and Knock, ŠKODA Ireland will provide logistical services to dignitaries, with a fleet of SUPERB, KAROQ and OCTAVIA vehicles.  Following his meeting with President Michael D Higgins, Pope Francis will be transported to Dublin Castle, where he will deliver a speech, followed by a visit to St Mary’s Pro-Cathedral and a private visit to the Day Centre for Homeless Families of the Capuchin Fathers. That evening, Pope Francis will attend the Festival of Families event at Croke Park.