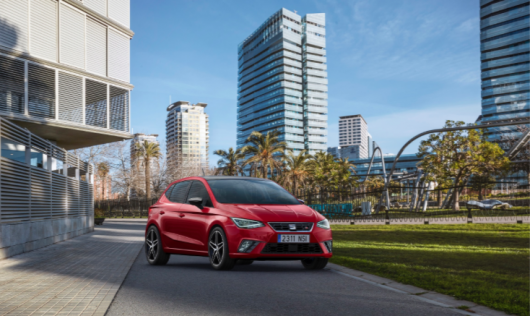 Niall Phillips, Brand Director at SEAT Ireland commented, “The first half of 2017 has been phenomenal for the brand and follows on from an extremely successful 2016. With SEAT on its greatest ever product offensive introducing the all-new Ibiza this month, the all-new SEAT Arona SUV later this year in addition to upgrading the SEAT Leon and introducing the Ateca last year, we are confident the graph will continue to move in the right direction and our success will continue.”

“These excellent results are the fruits of the labour of our entire team at SEAT, our outstanding dealer network across Ireland and our commitment to continuously offering high quality products at affordable prices.”

According to SEAT Vice-President for Marketing and Sales Wayne Griffiths, “in the first half of 2017 we reached the highest sales in 16 years. We continue to make double-digit progress and have established ourselves as one of the fastest-growing brands in Europe. Our growth is based on solid results in most markets, which are beginning to show the initial results of the biggest product offensive we launched in 2016 with the Ateca and continued at the beginning of the year with the updated Leon. With the new Ibiza and the new Arona, we are confident we can continue this positive development”.

SEAT began the first half of 2017 with a facelift of the Leon, the brand’s top seller, which reached the streets in February. In addition, and in the framework of the largest product offensive in the history of SEAT, the fifth generation Ibiza was also presented in the first part of the year and is now in full launch phase and last 26 June saw the international debut of the new compact crossover Arona, which will be sold in the final quarter of the year. In 2018, the brand’s SUV range will be completed with a third vehicle with up to seven seats, which will be positioned one segment above the Ateca.