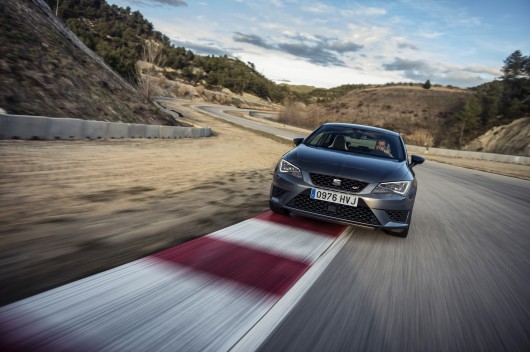 Barcelona recently became the city of choice for SEAT to launch the new Cupra and Cupra 280. With the company’s headquarters based in Martorell just 30 minutes from the city centre the scenic surrounding mountains and silky smooth motorways would offer a great test bed for our initial introduction to the new Cupra. On arrival we were greeted with a swift handshake and ushered straight to a line of new Cupras ready to drive. We opted for the new flagship 280 model that produces 280hp and 350 Nm of torque, it will be priced from €35,409 here in Ireland. Our first route took us direct from the airport to Martorell for a factory visit. The route was predominantly motorway but rather busy to say the least. This gave me time to take in my surroundings and learn what this new Cupra has to offer. Based on last years world car of the year the Leon shares the same underpinnings as the Golf. It looks sharp and feels purposeful inside the cabin. It does have that hot hatch feel but it’s still not overly hardcore. 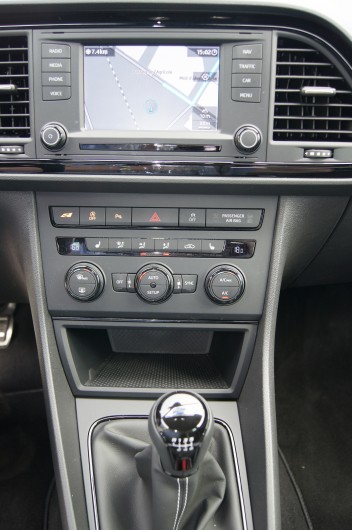 The sports seats are trimmed in Alcantara as standard or you can opt for the leather trim, which my test car was fitted with. The steering wheel features the flat bottom, which is excellent for track drivers that tend to left foot brake and dance on pedals more frequently. The six-speed manual transmission is well spaced with a short throw between each gear as you would expect in a performance-orientated car. The dash cocoons the driver and every element has been placed with the driver in mind. No button is beyond easy reach and no dial is visually impaired by an encroaching steering wheel or dash clutter. It feels a lot like its sibling Golf GTI’s driving position, which is high praise indeed.

Before long we entered the impressive SEAT industrial complex for a briefing with R&D and the design departments. The overview was impressive learning how SEAT is the only company in its sector with the full-range capacity to design, develop, manufacture and market cars in Spain. The last time I penned a piece on the Cupra was in 2012 and in that very year SEAT had a total turnover exceeding 6 billion euros, with overall deliveries of over 321,000 units. This is a company gathering serious momentum and this was further proven by the Irish growth alone! In 2013 SEAT sold 2,190 units in Ireland, which is a 62% increase, further confirming its place as Ireland’s fastest growing car brand. 2014 has kicked off with even greater success with SEAT beginning the year with a 20% increase in year on year sales. There are 14,000 professionals at its three production centers in Barcelona Zona Franca, El Prat de Llobregat and Martorell and this is set to grow further with the recent announcement of a new SUV. Watch this space! 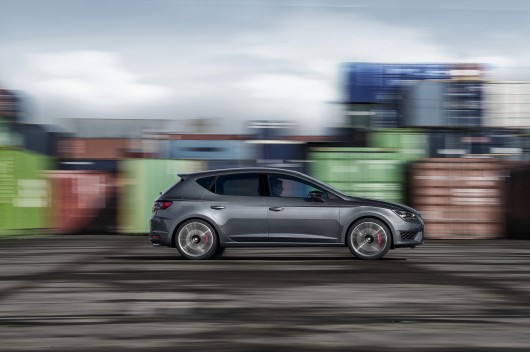 After our factory visit and a brief lunch stop I was back in the driver’s seat for a mountainous blast to Monsterrat. Having done this route before I figured it wouldn’t be the best test route for the Cupra so along with my driving partner Ian Beatty we opted for a coastal drive back into the city where we could have some fun on the way to the harbour. Monsterrat is beautiful but you very rarely use anything more than second/third gear. Our route had the Cupra 280 on song with long sweeping corners following by tight hairpin bends, which the adaptive dampers soaked up with ease. With the Dynamic power setting to “Cupra” the power delivery out of every bend was smooth and the rasp from the two pipes was addictive. Once we reached the city we sought permission from the Harbour Police to film, and take pictures. With approval granted a two-kilometer slab of concrete with various containers and cranes dotted around became the perfect gymkhana track. It is here I relinquished my seat to my regular racing competitor and colleague Ian where he got to experience the limited slip differential in action. Whilst I was happy with slight intervention from the ESP in sport mode, Ian opted for the second stage deactivating it completely. The car still offered ample feedback and turned in excellent with the 19-inch rims offering bags of grip. We played for 20 minutes until signs of brake fade creped in and we called it a day. 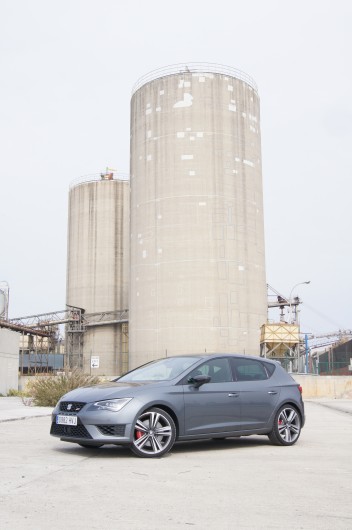 To summarise the Cupra 280 is an awesome piece of kit. Some say it doesn’t warrant the extra €1,515 over the 265HP variant but I believe it does. For this you get more power, larger wheels and that peace of mind that you have the quickest Leon available! Let’s face it a 19-inch wheel and tyre package alone will set you back €1,500. DSG is an optional extra for €2,070 but personally I’d take the manual for a more involving drive. Both the three door and five door are spectacular looking with the aggressive Cupra styling extras and daytime LED’s as standard. I would however opt for the contrasting bright wing mirrors and grill surround colours to further accentuate the performance nature of this car. 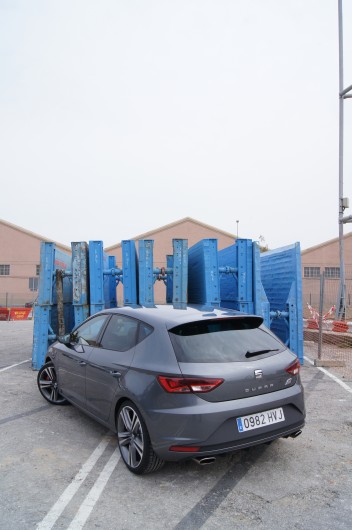 Finally it’s not something I’d usually mention when speaking about a hot hatch but both the emissions and fuel economy on this beast are so good, it’s impossible not to mention them. The Cupra 280 will sip just 6.4 litres of juice per 100km and spit out a measly 154 grams of CO2. That’s incredibly impressive for a performance hatch. From all of the performance hatchbacks available in Irish dealerships at this very point in time, this is the one to have! 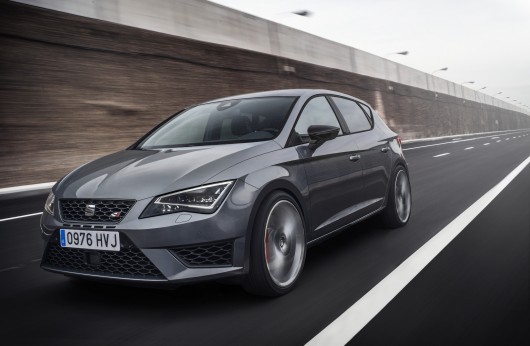