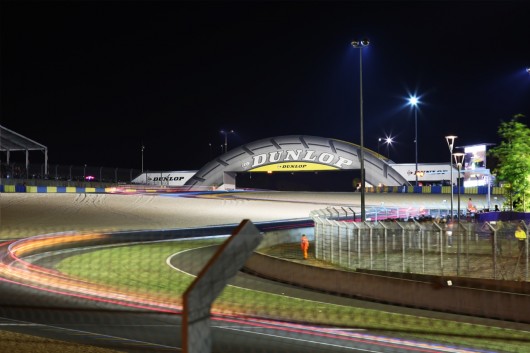 Aston Martin, Audi, Ferrari, Porsche, just a few of the various manufacturers and teams that compete each year at the infamous Le Mans 24 Hours race. Each year thousands of petrolheads travel from all corners of the globe to descend on the French village of Le Mans, which plays host to the world’s greatest motorsport event. This year’s event would see giants Audi out to claim their fourth consecutive victory, which would be no easy feat, with chief rivals Toyota complete with a strong driver line-up ready to stake a claim on the much-coveted trophy.

The race weekend kicks off in earnest on the Friday evening of the race weekend with the driver’s parade, through the narrow streets of Le Mans. The drivers are driven in historic cars around the town lined by thousands of fans (four deep in places) at the roadside all cheering and hoping to catch one of the treasured race caps being thrown by the drivers passing. With 245,000 spectators attending this years Le Mans 24 Hours the atmosphere around the Circuit de la Sarthe was electric both day and night. We drove to Le Mans with some fellow motoring hacks driving a diverse range of cars. We drove an Audi R8 on the way down and an Alfa Romeo Guiletta Cloverleaf on the return leg of our journey. The Le Mans 24 Hours is far more than an endurance race seeing manufacturers and privateers do battle on track, there’s a vast amphitheatre surrounding the circuit and paddock that forms an integral part of the ‘Le Mans experience’. From merchandise stalls, bars and karting to helicopter rides there’s something for everyone to keep them entertained when taking a break from the relentless pace on track. The vast majority of European fans drive to the race in convoy, many with race-livered decals showing their support for their favourite team. Take a stroll around one of the numerous campsites and the sportscar fan will happily amble for hours gazing at the lines of supercars with Ferraris, Porsches and Aston Martins seeming as common as Fiat 500’s, Volkswagen Golf’s and Ford Fiesta’s. Although each proudly wears their team colours with pride all the fans have a mutual respect for each other through their universal love for motor racing. 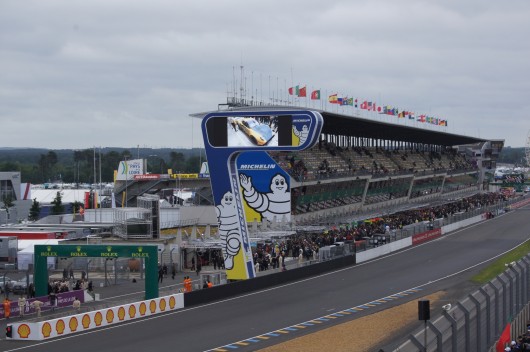 As the sun sets over the 13.6km circuit the Ferris wheel at the funfair lights up and music echoes from the live concert arena for the hardened spectators, who’ve no plans to take to their tents anytime soon. On track, dazzling lights emerge out of darkness echoed with the howls and barks from V8 Astons, Corvettes, Ferraris and a swarm of LMP prototype cars. The blisteringly-fast Audi R18 e-tron’s express a unique hiss from their V6 diesel hybrid power trains. Spectators line the Porsche Curves to witness the mind-blowing speed through these epic fast sweeping corners. Another favourite night time viewing spot is at the end of the Mulsanne straight where fans gaze in awe as the car’s brake discs glow bright red under intense braking from speeds topping 300 km/h (200 mph) at the end of the Mulsanne straight. 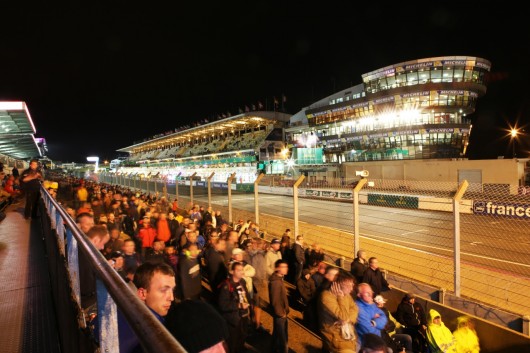 This year’s race was a race of strategy due to the constant changing weather conditions that saw numerous downpours causing multiple spins and lengthy safety car periods. The team’s mechanics weren’t afforded any breaks relentlessly changing from dry slick tyres to grooved wets in a battle to gain grip and track advantage. This was echoed after the race by Dr. Wolfgang Ullrich (Head of Audi Motorsport) “For 24 hours straight, our drivers had to cope with changeable weather and adjust to new conditions over and over in a very short period of time. Consequently, the team in the pits and along the pit wall didn’t have any time to rest – I can’t recall ever having experienced anything quite like this.” 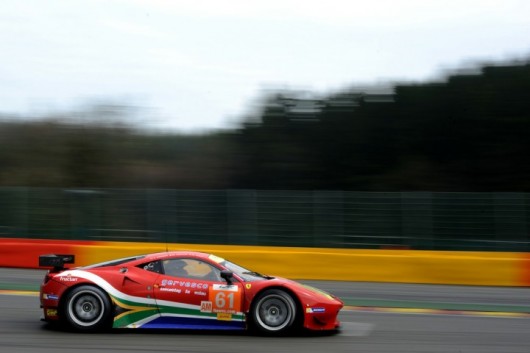 Whilst Audi were the overall race winners ahead of Toyota, Irish eyes were smiling on Sunday last in County Cork, with Irishman Matt Griffin continuing his impressive performances, finishing in a credible 3rd place in the GTE Am category. Matt finished one place behind his fellow team mates both driving a Ferrari 458 Italia for the well-renowned AF Corse team. The Irish-run LMP2 outfit of Murphy Prototypes had an early setback when the car had electrically trouble just minutes into the race. Having dropped back to 32nd overall they battled hard showing class-winning pace to complete the 24 hours finishing 13th overall and seventh in class. 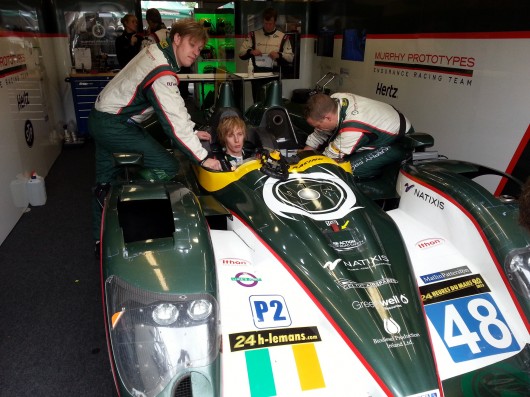 Tragically during last weekend’s race Danish driver Allan Simonsen (34) lost his life when his number 95 Aston Martin Vantage crashed on the fourth lap of the race.  This great loss to Allan Simonsen’s family and the whole motorsport community was expressed by Loíc Duval one of the drivers on the winning Audi Sport Team who claimed his first Le Mans Victory. “Le Mans is a great race that evokes so many emotions and is so tiring. Now I’ve really got to restrain myself to keep from shedding tears. It was a difficult race in which we unfortunately lost someone (Allan Simonsen).”

This year’s race marked the 90th anniversary of the endurance race that puts man and machine to the ultimate test. It wasn’t just the Le Mans that was marking an historic occasion as Dunlop celebrated their 125th birthday. They’ve a strong Irish connection too, with John Boyd Dunlop opening the world’s first pneumatic tyre factory in Dublin’s Stephens Street in 1888. Some 125 years later Dunlop still produces tyres for the motor industry and motorsport arena worldwide. We were certainly thankfully for having our Audi R8 equipped with Dunlop Sportmax GT tyres as we experienced a mix bag of weather after departing Calais. 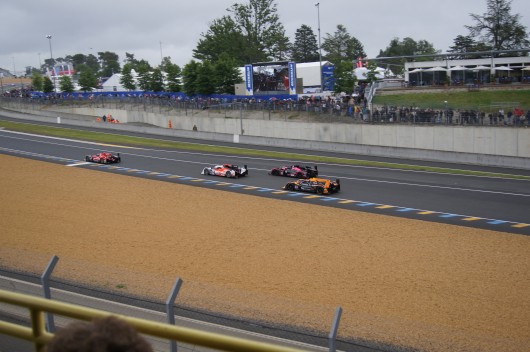 Last weekend was our first visit to Le Mans and by no means will it be our last. If you’ve got petrol flowing through your veins with a passion for motorsport, then the Le Mans 24 Hours is an event that merits your attendance.