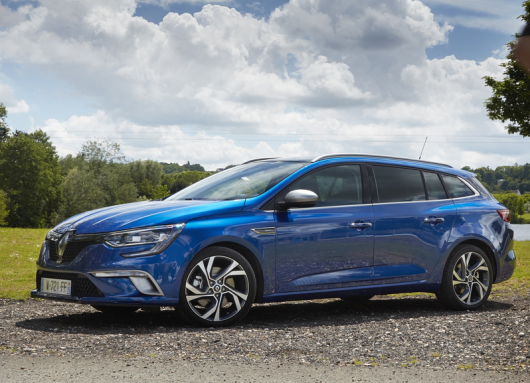 The All-New Renault Mégane range, in three body styles (Hatch, Sport Tourer and Grand Coupé) which got off to a great start for 2017,  is already at number five in the C-segment and in the top 10 overall, a great achievement for the new Mégane models.
The popular Renault Captur Number 1 in the B-SUV segment extended its lead with a share of 29% and in the busy C-SUV segment Renault Kadjar and Dacia Duster performed well with 1,200 vehicles sold in the month. The sexy All-New Renault Scenic and Grand Scenic created by Renault chief designer Laurens van dan Acker has jumped to the number two position in the C-MPV segment.

The Dacia brand which was launched just under 5 years ago here, continues to catch the attention of budget-conscious motorists and achieved a 2.7% market share last month. Dacia has refreshed its range of cars, with New Duster, New Sandero, New Sandero Stepway and New Logan MCV. Around the country Renault Group was the number one bestselling group in County Westmeath with 19.9% share, as well as Counties Waterford and Wexford at 13.2% share each. Renault’s own bank Renault Bank had a very successful January with over €32 million lent through the Group network, up 34% on 2016.

60% of Renault retail customers now take a PCP, highlighting the affordability and flexibility of the popular finance option. Dacia Bank’s 171 offer with 4.9% APR and zero deposit was a huge success with € 6 million lent to new Dacia customers in the month. This is a 23% increase on January 2016. Renault Bank has seen that more and more customers are opting for car servicing plans to be included in their purchase with an increase of 43% versus the same period in 2016.Renault dealerships will offer a highly attractive 3.9% APR with 3 years free servicing included for February and March across the Renault passenger car range.

Europe’s best selling and multi award winning LCV range was once again on the podium again in January with an 11.6% market share. Trafic was best-selling for Renault followed by Master and Kangoo. Again, Waterford and Westmeath were the top selling counties for Renault LCV in January. Renault will offer 3.9% APR plus €1,000 Accessories Pack included for February and March registrations. Renault and Dacia continues to be Ireland’s fastest growing network with 28 dealerships nationwide, all of which operate a branch of its own bank. 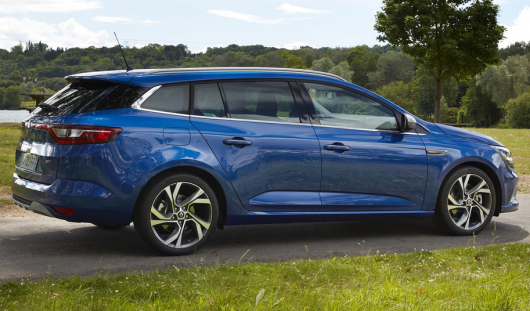 Patrick Magee, Country Operations Manager, Renault Group:
“The Group had a fantastic start to the New Year, and our new models including All-New Renault Mégane range, All-New Scenic and All-New Grand Scenic got off to a flying start in 2017. Renault cars are at 7% market share, up 0.9% on this time last year, and Renault Group combined is at a brilliant 10%. Our vans are on the podium and Dacia continues to grow volume, ahead of well-known brands, showing that people continue to look for value and the brand’s no-nonsense approach. More exciting launches ahead in 2017, with new ZOE Z.E. 40, the electric car with the longest range available launching soon and the stunning new Koleos later in the year”.