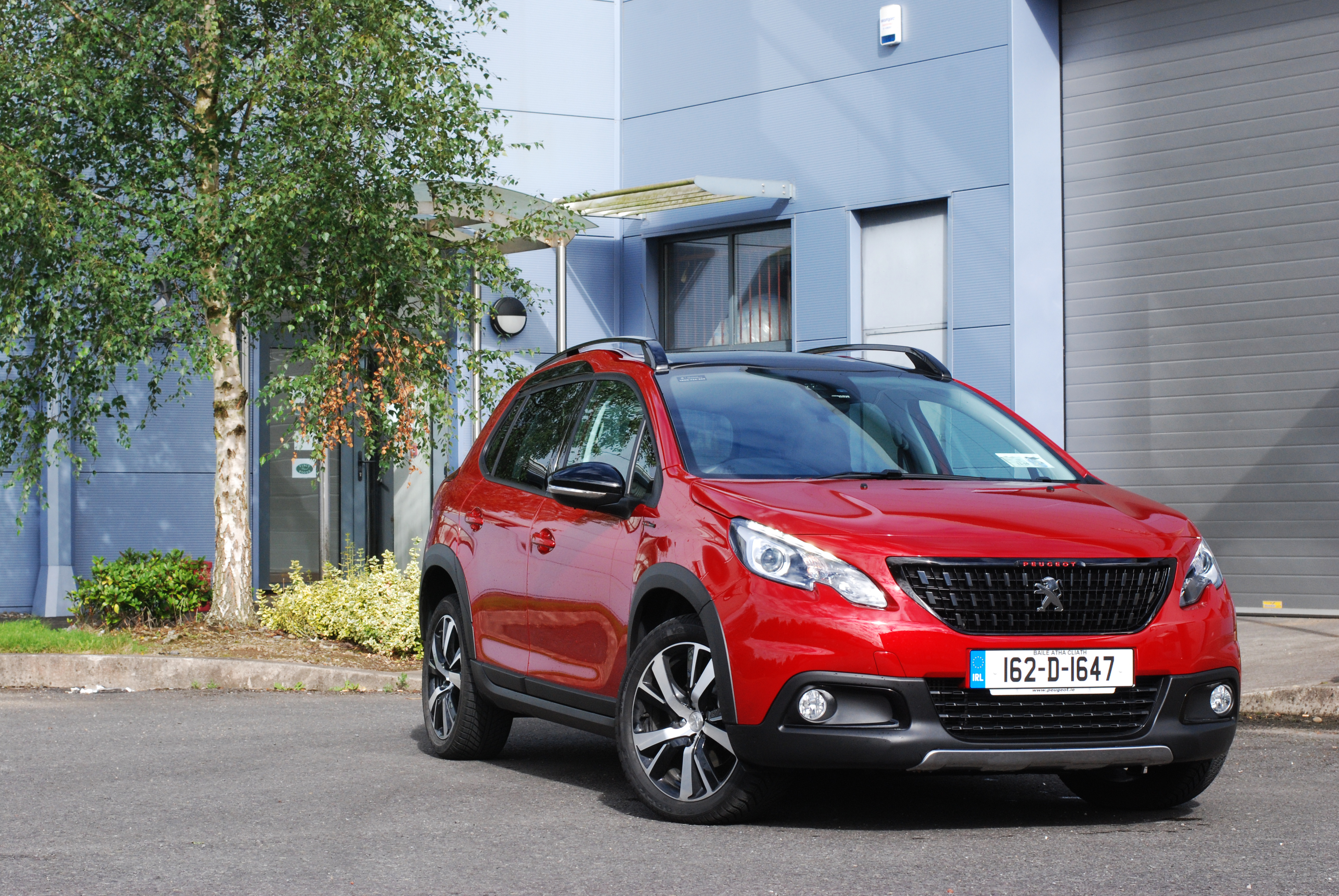 The 2008 is a mere 3 years old and in that short space of time it has established itself as Peugeots best-selling model in Ireland. Now unless you’ve been living on the moon for the last number of years, you’ll know that SUV’s are all the rage these days. Though even if you had been living on the moon, chances are that your ‘moonbuggy’ was probably an SUV of sorts anyway.  Now it wouldn’t be fair to suggest that the success which the French manufacturer has had with the 2008, is purely down to the fact that it ticks the SUV box. In fact, the original car was well received because it was well-built, practical and offered excellent fuel economy. On the down side however, it was not the most attractive looking small SUV on the market.

In an effort to keep the momentum going in sales department and to freshen up its styling, the French manufacturer has given the 2008 its first big update. Now when we use the term “update”, the first question often asked in reply is; so what has changed? Well immediately you’ll notice new front end, which has led to the re-positioning of the Peugeot Lion emblem. On the original version of the 2008 it’s placement was on the bonnet; now however, a new vertical grille accommodates the Peugeot ‘Lion’.  It’s a big improvement and on the Allure and GT Line trim-levels, the grille gets the addition of some chrome inserts. The front bumper has changed too and the headlights are now better matched to the cars body-lines giving the car a far more stylish appearance. So too do the 3D LED rear lights. Wheel arch extensions and the scuff plate on the back bumper emphasise the SUV qualities of the 2008. 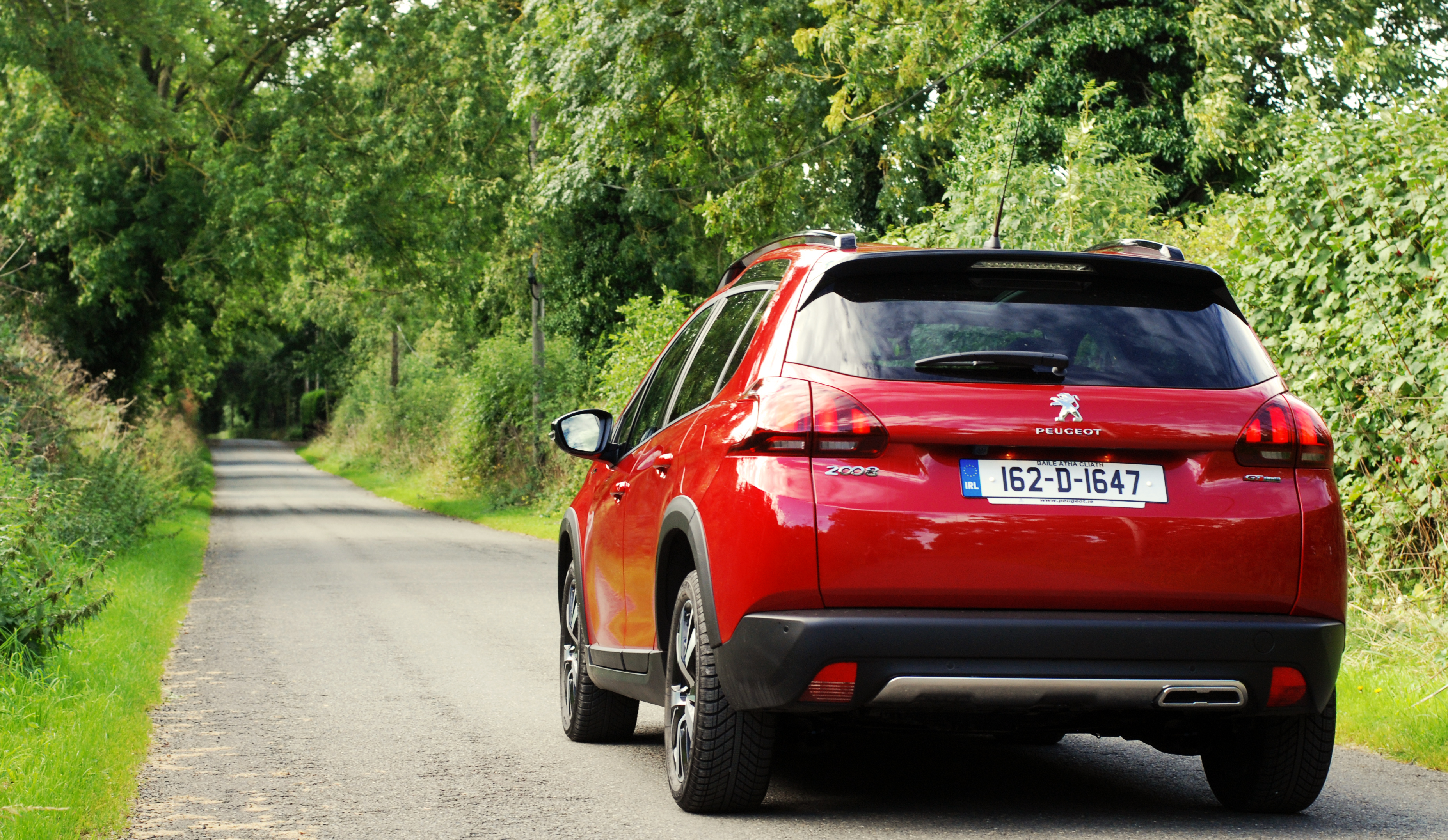 The 2016 Peugeot 2008 is now offered in four trim levels; Access, Active and Allure along with the introduction of GT Line trim, which is also available in a number of the other Peugeot models. My test model was kitted out in the GT Line trim and was painted in “Ultimate Red” which is a new colour choice for the 2008, and was previously only available on the 308 GTI. The interior of the 2008 retains the compact steering wheel and head up instrument panel which are by now instantly recognisable as Peugeot’s i-Cockpit cabin. And as part of this update a new upgraded central touchscreen has been introduced. Space within the 2008’s cabin is impressive. The GT Line’s front seats provide decent support and both they and the steering wheel adjust generously. Two tall adults will have no problem with head or leg room, either. The back seats might struggle to sit three adults abreast comfortably, but two will find good head room, and enough leg room if the front passengers aren’t too tall. 410 litres of boot space with the rear seats in place is quite impressive, and it’s an easily accessible, practical space at that. 60/40 split-folding rear seats open the space to 1400 litres. 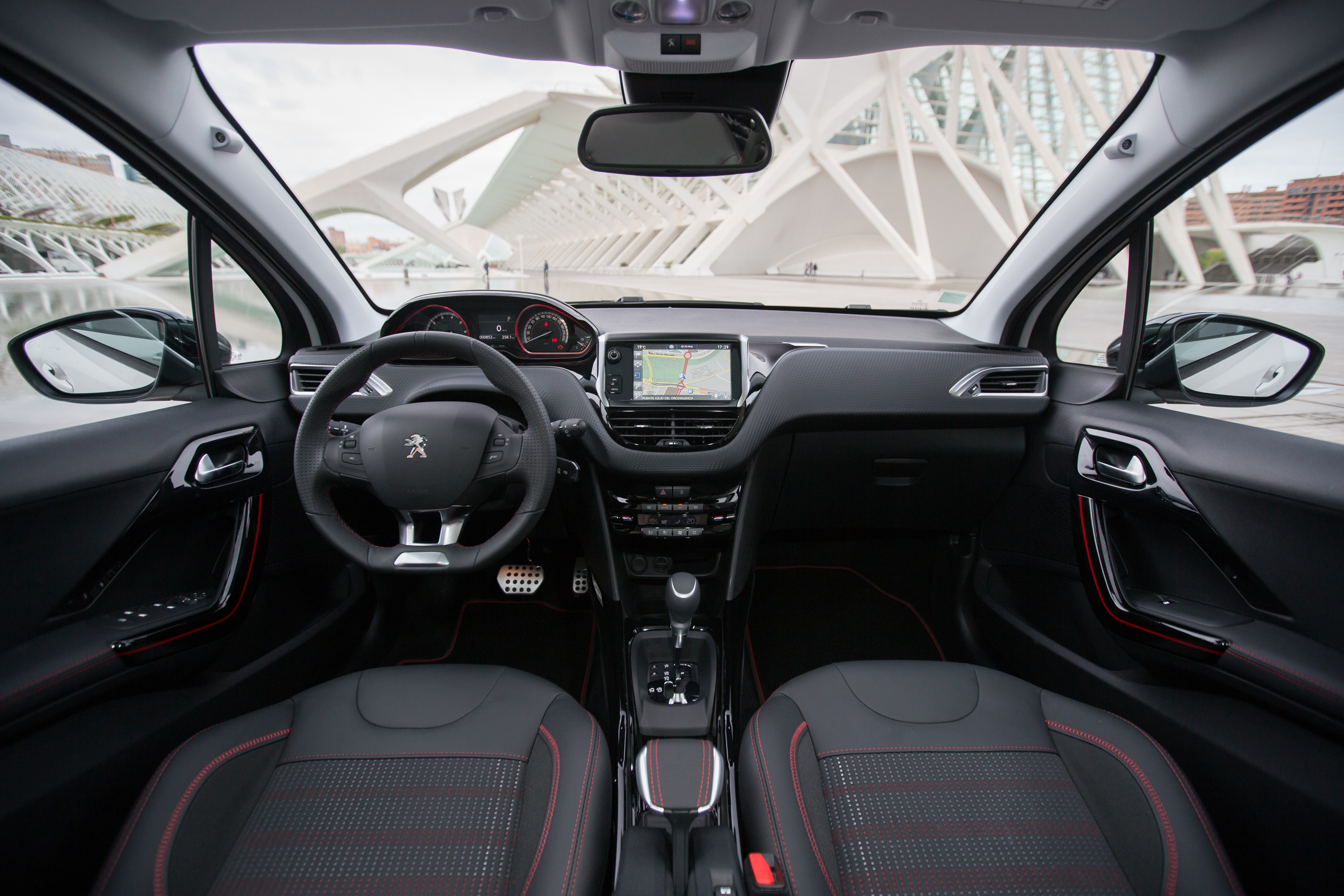 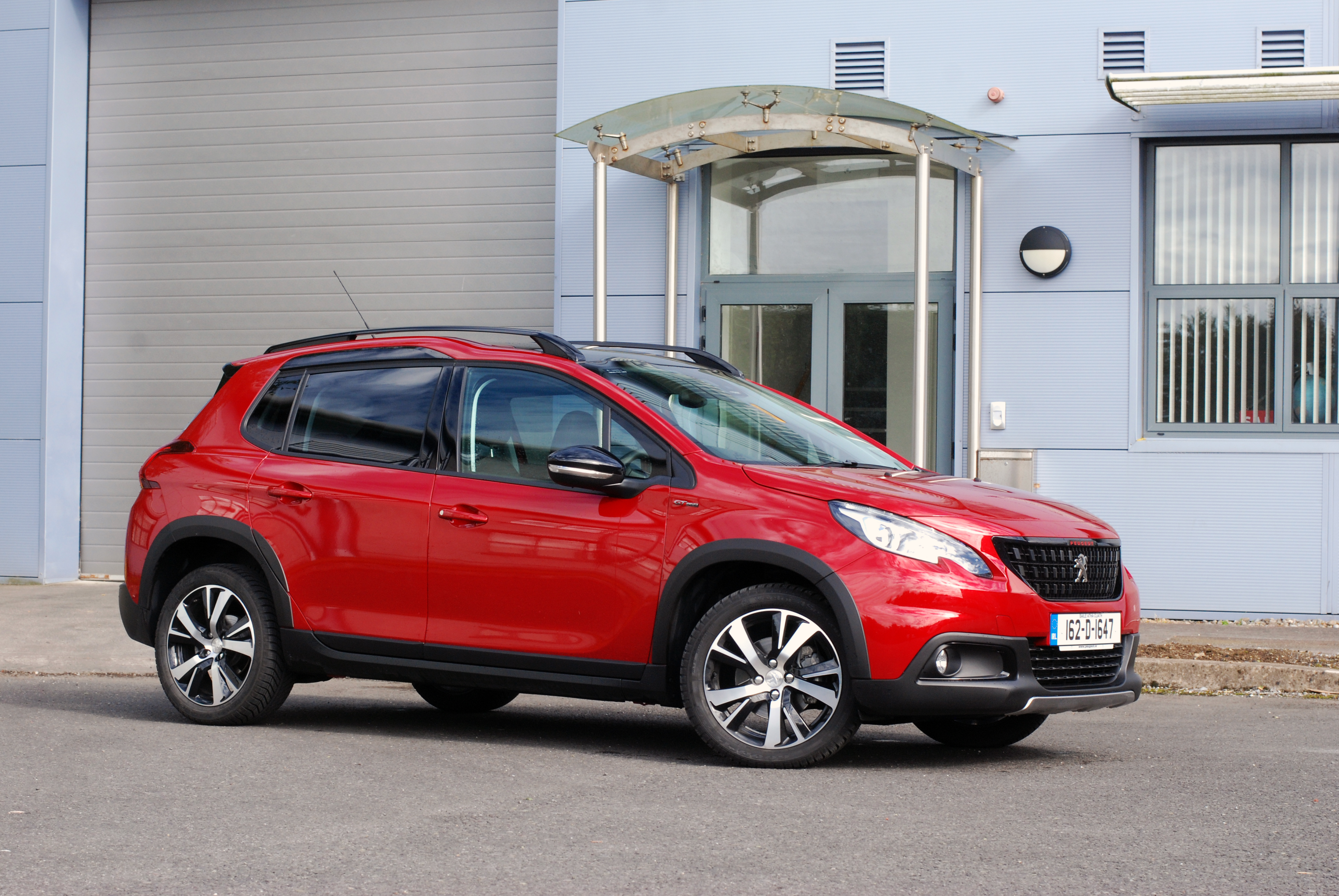 Under the bonnet the Peugeot 2008 SUV is powered by a broad range of Euro 6 compliant PureTech petrol and BlueHDi diesel engines. The 1.2 litre PureTech petrol engine is available in 82bhp, 110 bhp and 130 bhp varients; while the 1.6L BlueHDi is offered with 75bhp, 100bhp or 120bhp.  The car I was testing was the 120bhp variant of the 1.6L BlueHDi diesel engine and came mated with a six speed manual gearbox. This engine produces 96g of C02 per km meaning I’ll cost owners just €180 a year to tax. Like its predecessor this new 2008 is a frugal little SUV. Peugeot quote a return of 3.7L per 100km traveled on a combined driving cycle and though my own experience over the course of the test week was a little higher I was comfortably achieving 4.2L per 100km (67mpg).

Peugeot haven’t made a major change to the 2008’s chassis or suspension setup; so on the road you won’t notice any huge change in the driving dynamics of this updated model compared to the original model.  It may not be as exciting to drive as the ‘GT line’ badging suggests but it comfortably handled every road type I encountered.  All in all it remains the practical, well-made and frugal small SUV that it has always been; only now it comes in far smarter looking packaging.  If the 2008 was proving a popular seller beforehand, then this update can do nothing other than enhance that further. 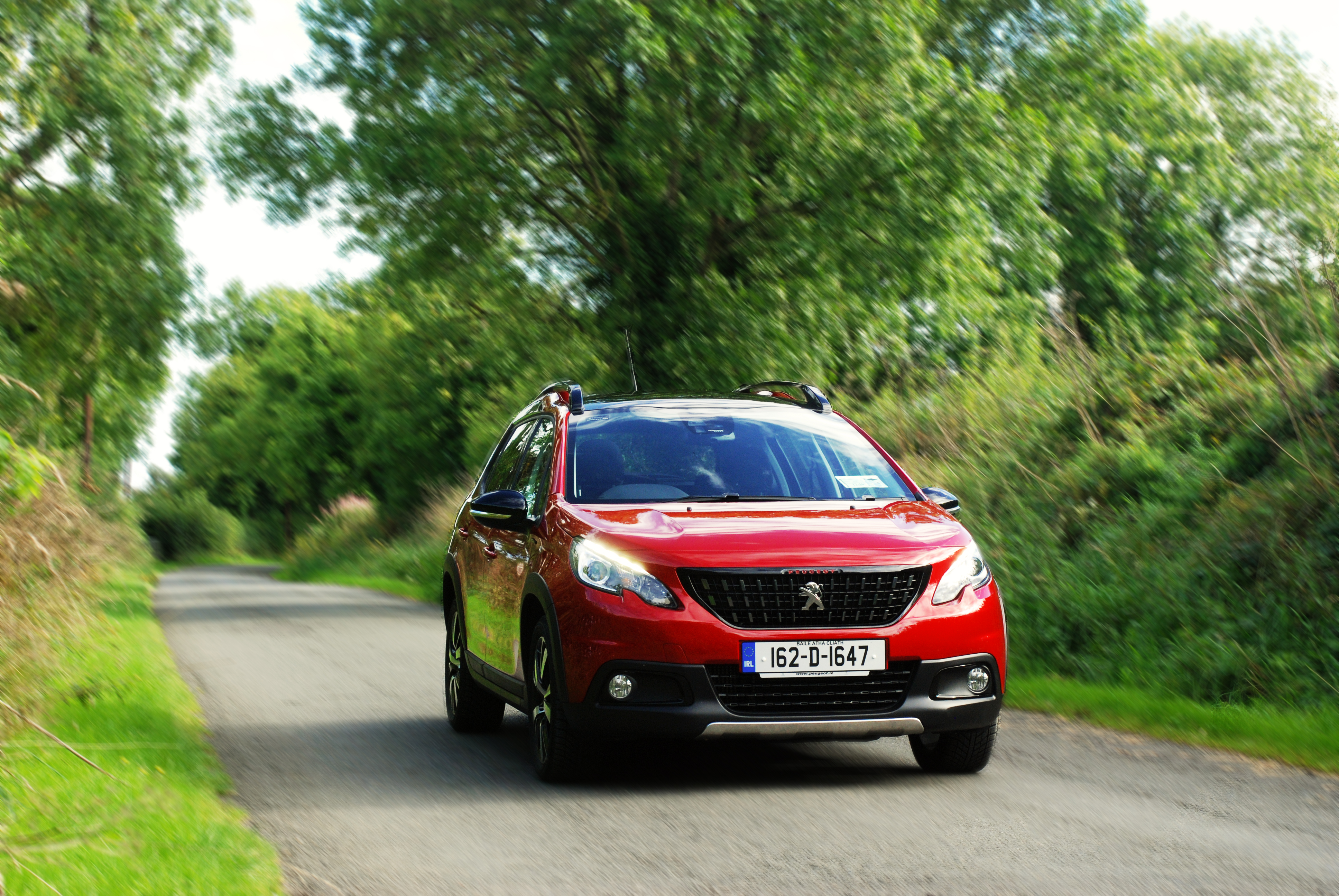