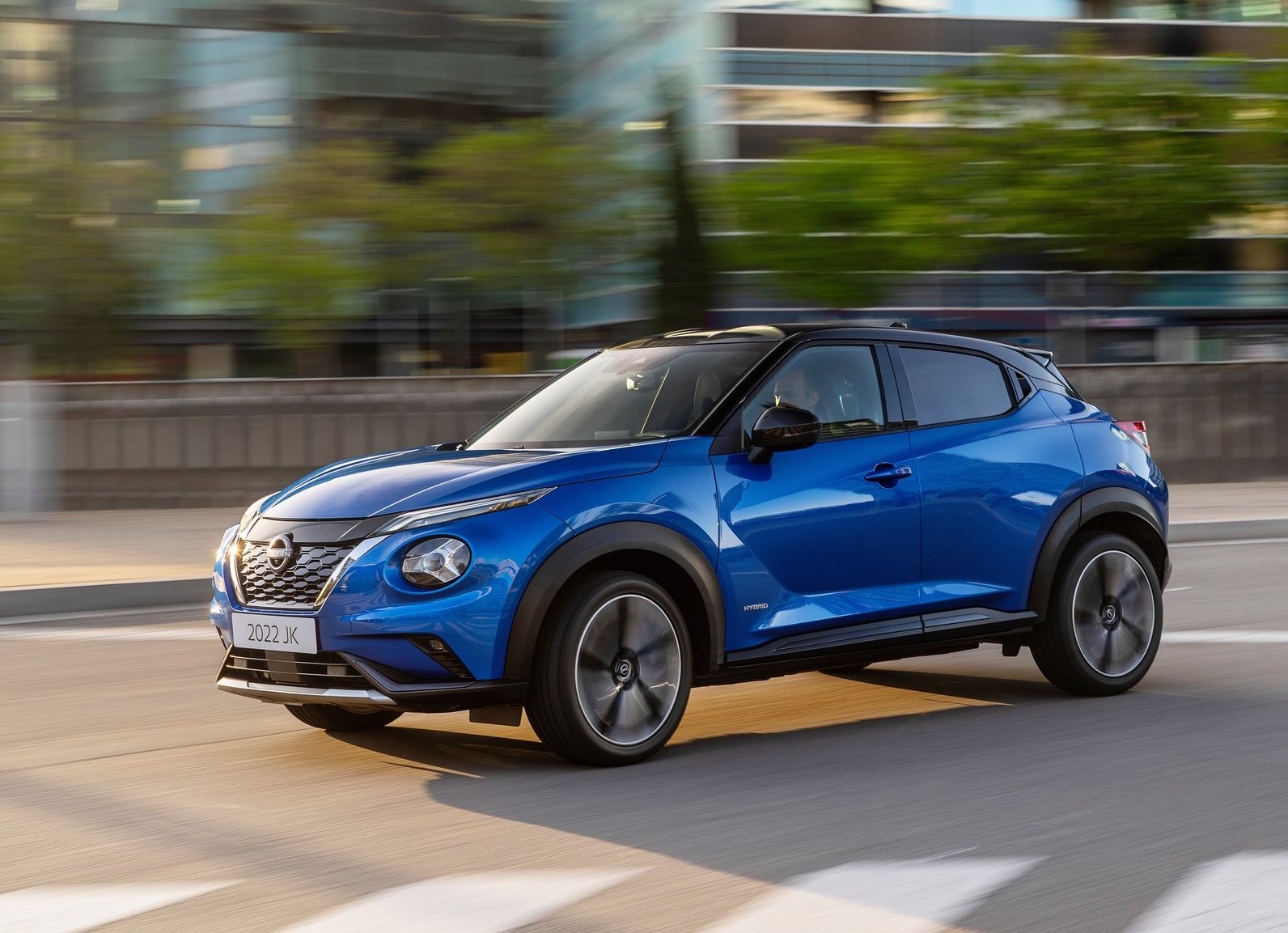 It’s hard to believe the Nissan Juke is over a decade old! We recall attending the original launch in Barcelona where we were greeted with a funky looking Crossover that would go on to achieve huge success for Nissan. Just a couple of years ago Nissan heavily revised the Juke but somehow retained that distinctive personality for the next generation. At the time we were told to expect a Hybrid variant in a couple of years and although a great deal has happened in the world since, Nissan remained true to their word and here we are today just outside London to test the first Juke equipped with a hybrid powertrain. The first thing you notice is the sporty coupé crossover design remains in tact with some aerodynamic tweaks for efficiency. The front grille of the Juke Hybrid now features a strip of black gloss material where it meets the bonnet, putting it in line with other electrified Nissan models, which share this same design trait. Moving around the vehicle you also see some Hybrid badging and a rear spoiler mounted above the rear window. What you can’t see is in front of the wheels, the air deflectors have been reshaped and repositioned to clean the airflow, while the rear axle has gained a cover which smooth’s the airflow underneath reducing drag and resulting in better efficiency. Nissan has also introduced new two-tone 17-inch alloy wheels as well as the super cool Ariya-derived two-tone 19-inch aero wheels, which look stunning! 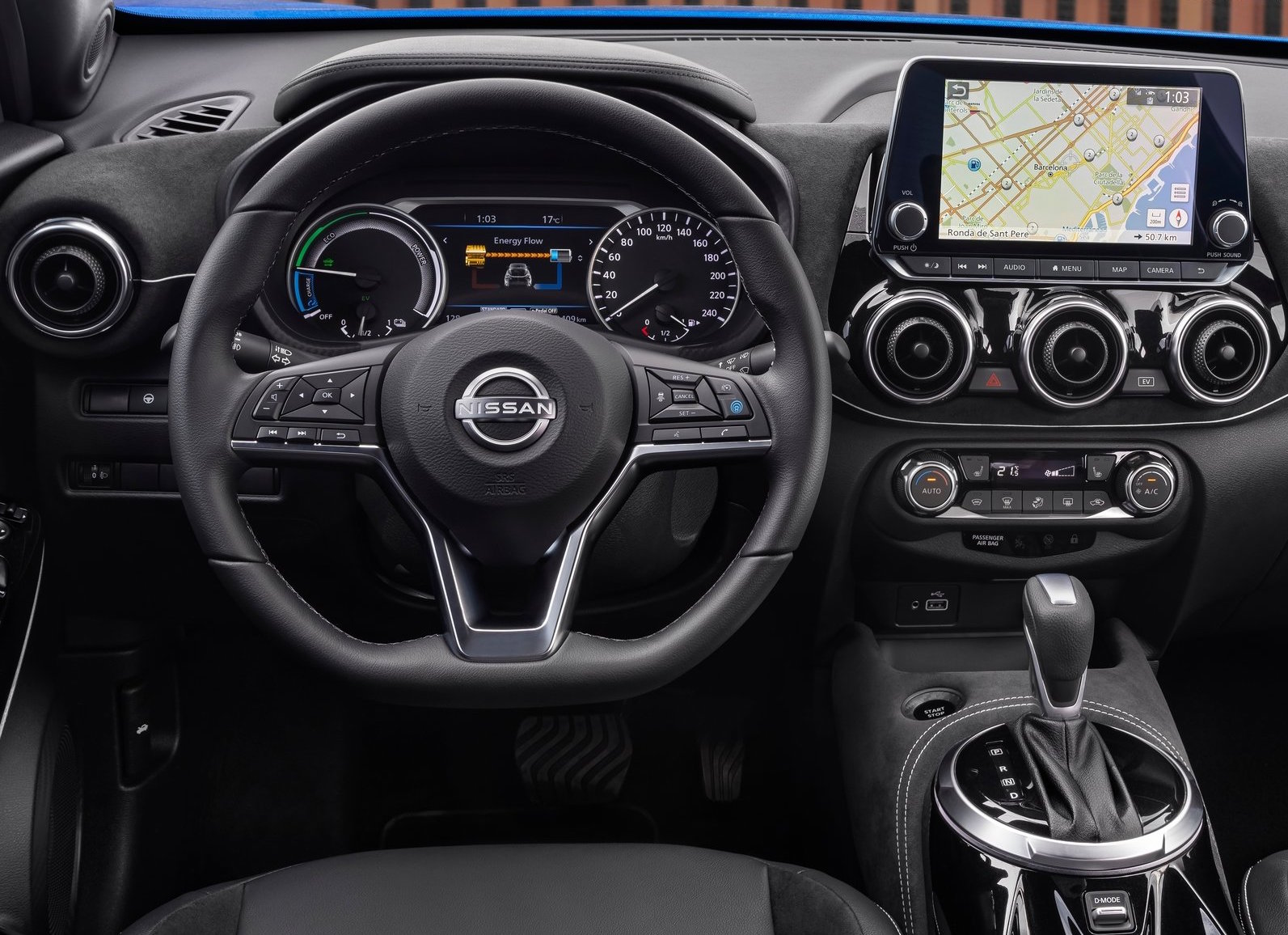 We think its safe to say the arrival of this new Nissan Juke Hybrid marks the next chapter in Nissan’s ongoing commitment on an electrified future. It has been designed to sit in the family alongside the all-new Nissan Ariya 100% electric crossover and the Qashqai mild hybrid. The new powertrain has been specially developed with the help of Renault to seamlessly blend that petrol engine with electric power. Inside the well-appointed cabin you are greeted with a 7-inch combimeter screen that shows you when e-Pedal and EV mode are activated. Like the original Leaf it also shows all the different energy flows in a simple and clear animation, leaving you under no illusions as to where your power is coming from. Looking around the cabin and space is plentiful in both the front and the back with 553mm of knee room. The Juke has a tendency to look a little smaller than it is and although it has lost a little boot space with thanks to battery placement, 354 litres is still respectable with a best in class 1,237 litres when the seats are folded. 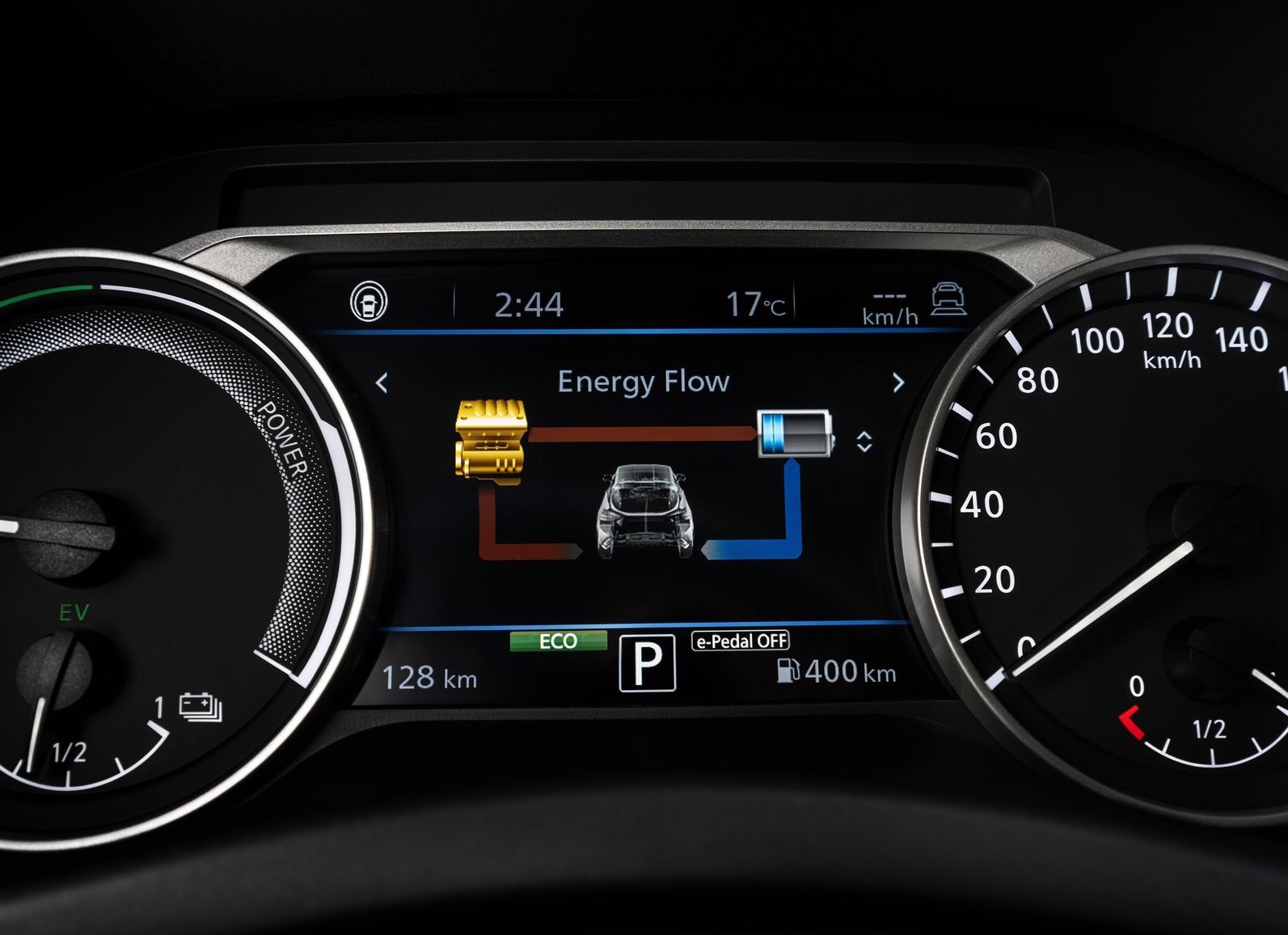 So what is powering this new Juke Hybrid and how does it compare to a normal Juke? Well this new generation 1.6 litre combustion petrol engine has been specifically developed for working in a hybrid powertrain application. It produces 94hp and 148Nm of torque and this is aided by the main electric motor producing 49hp and 205Nm of torque. When combined the net result is a powertrain that provides 25% more power than the current petrol engine option, with a fuel consumption reduction up to 40% in urban cycle, and up to 20% over the combined cycle. Each time you press start you get 100% electric mode and can reach speeds of up to 55kph in pure EV before it needs the combustion engine. This gives the Juke Hybrid a true EV-like driving experience. The 100-km/h sprint can be completed in roughly 10-seconds making it plenty fast for a vehicle in this segment. 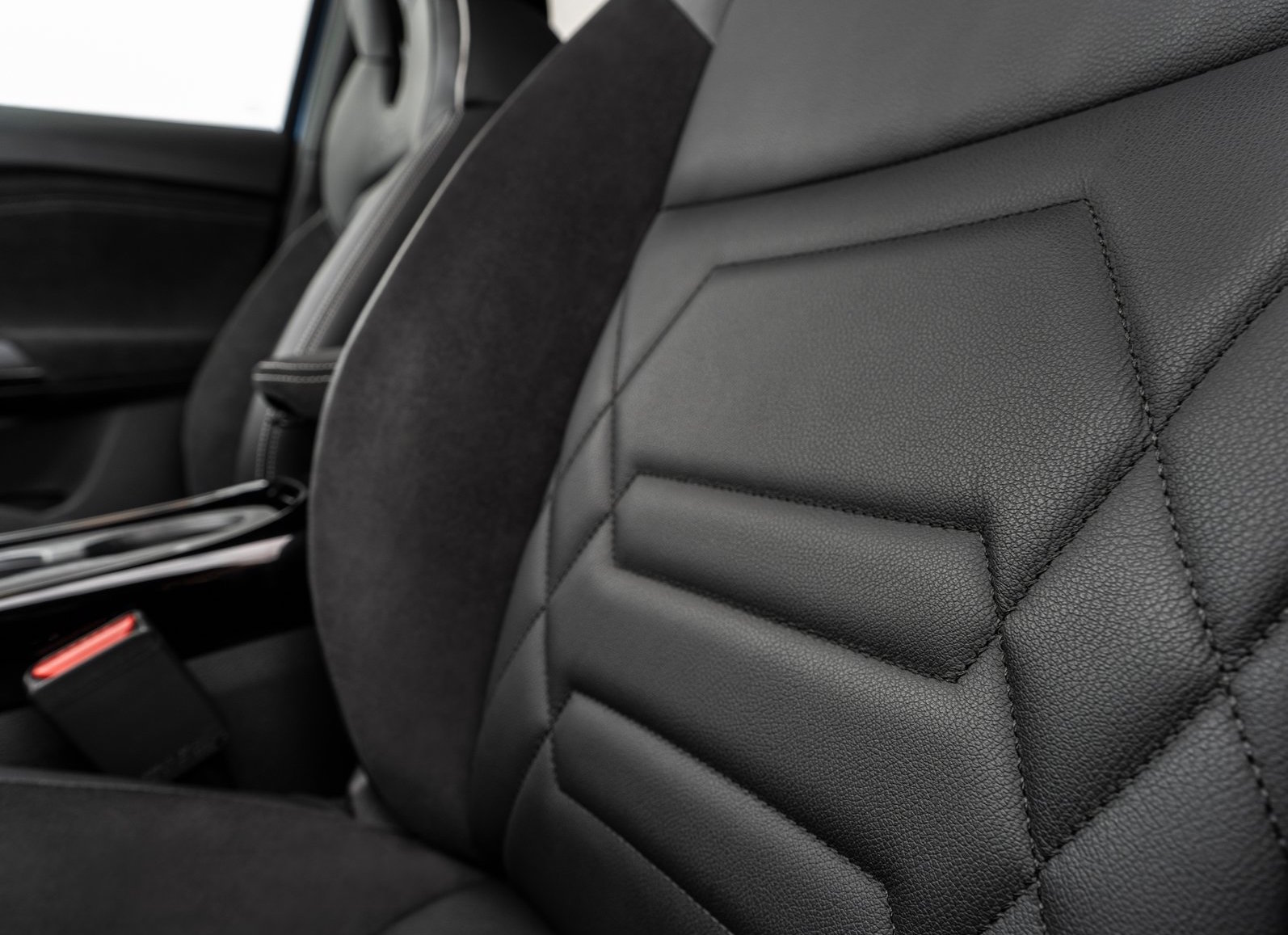 Like the new Qashqai Hybrid the Nissan Juke offers a full package of safety technologies, including Intelligent Emergency Braking with Pedestrian and Cyclist Recognition, Traffic Sign Recognition, Intelligent Lane Intervention, Rear Cross Traffic Alert, and Blind Spot Intervention. Some of these technologies are unique to the segment such as the Blind Spot Intervention, which warns the driver when a car gets into its blind spot and brings the vehicle back in the lane. 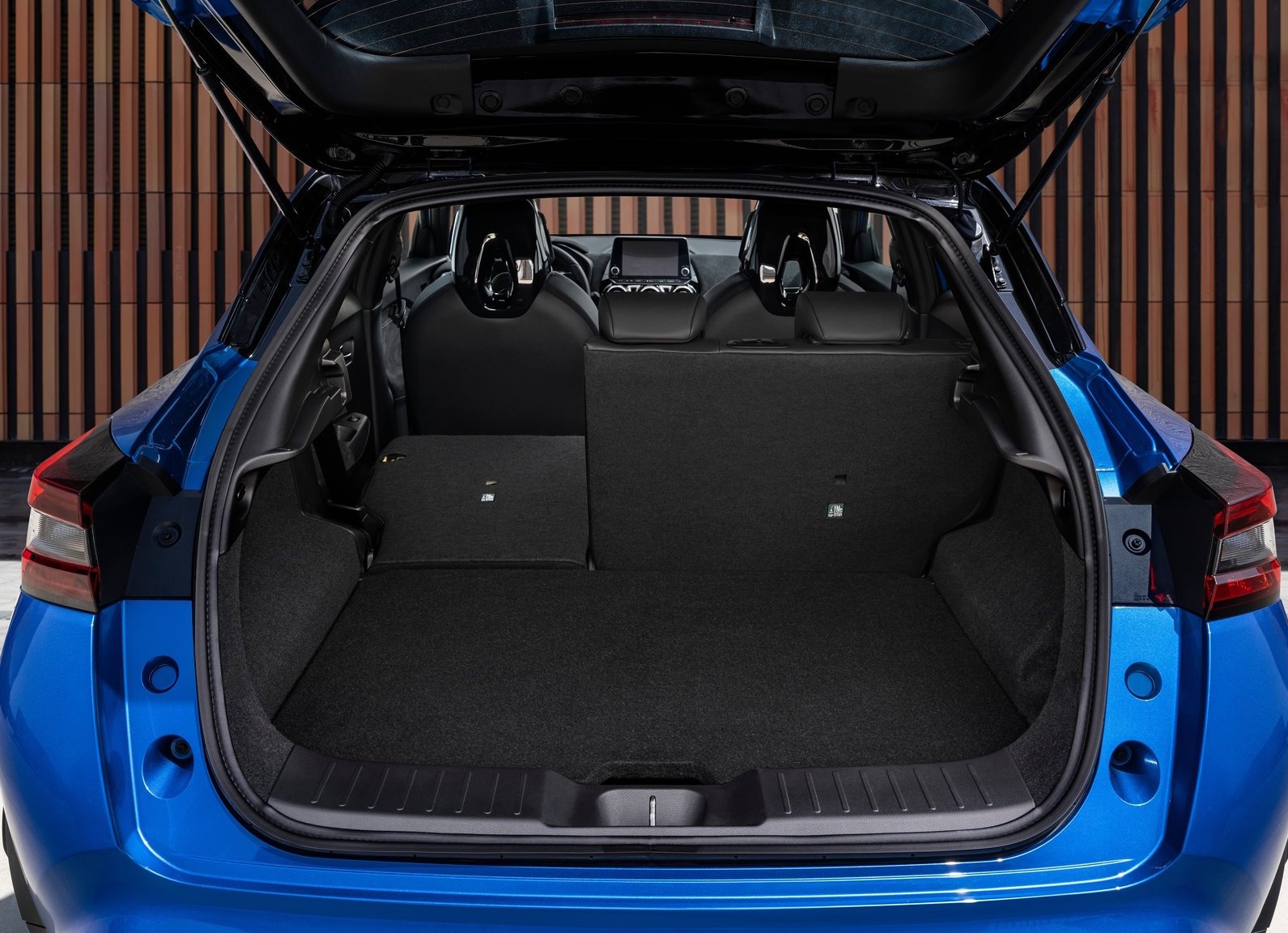 At the time of writing pricing for the new Nissan Juke Hybrid has been promised a little later this summer. Nissan are asking interested parties to contact their local dealer or visit the Nissan Ireland website. Needless to say they aim to be as competitive as possible but we do hope supply issues don’t hamper them to much. 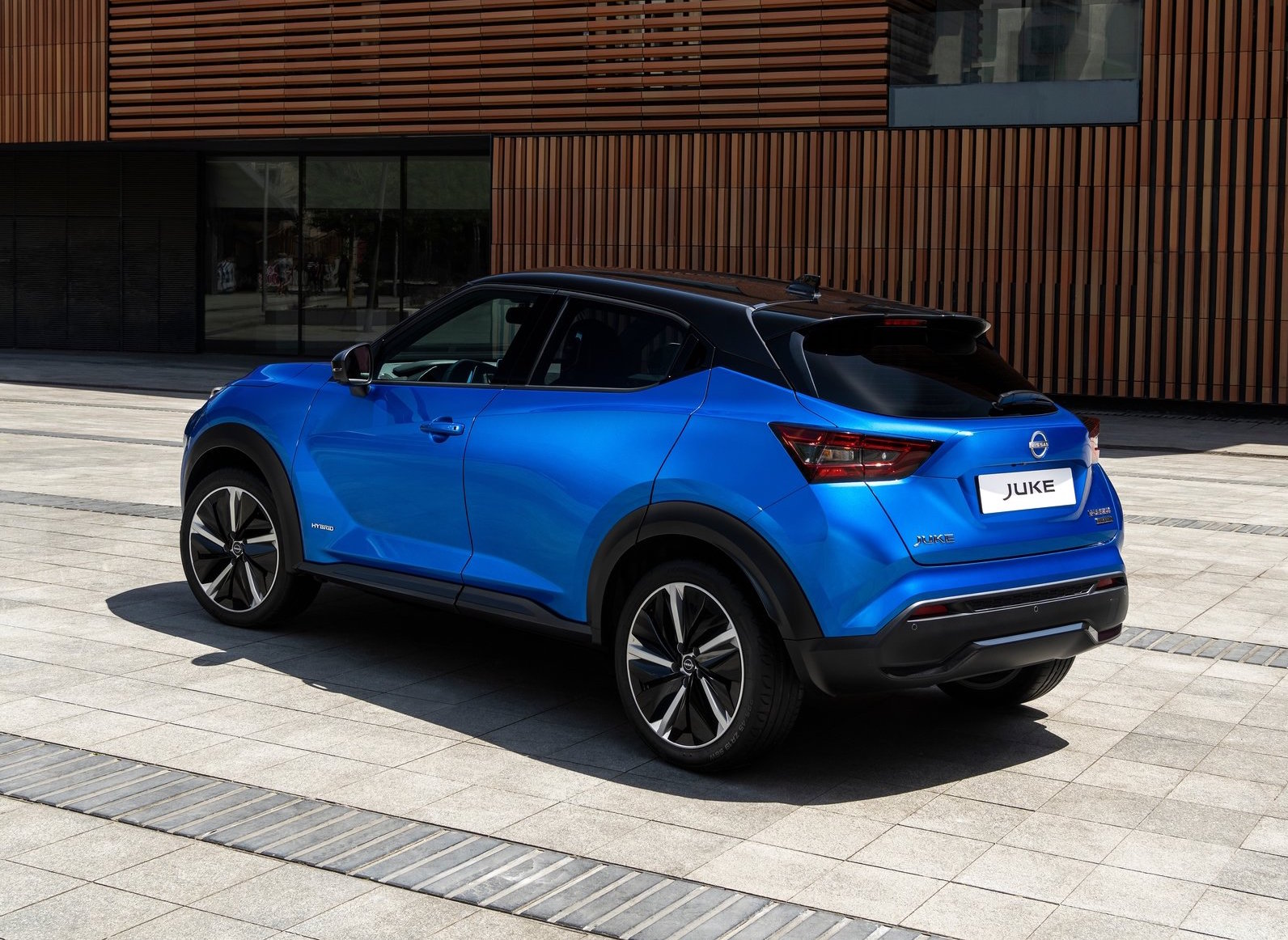 Nissan wants to have 75% of their product offerings powered by electricity or Hybrid powertrains by 2024. This growing range of electrified vehicles will enable drivers to make a fully informed choice that is right for them, no matter what daily commute they may undertake. For us the Juke Hybrid is a quality offering that looks stylish and drives fantastic. Flicking through the Drive Selector modes Eco/Normal/Sport gave us a real feel for how the technology works and what real world economy it can deliver. As mentioned before, Plug In Hybrids are all well and good if you get into the habit of charging them, but if like many, you miss the odd day, you might find you are carrying around that extra battery weight simply burning fuel! This will never be an issue in the Juke Hybrid as it charges itself on the move giving you the best of both worlds. In Eco mode the vehicle is smart enough to reduce the demand of the air-conditioning system to maximise efficiency whilst in Sport mode, regeneration under braking is set to high in order to maximise electric power for maximum acceleration. The great thing is that at anytime you can flick the EV mode switch to kill the engine in traffic jams or in residential areas when you are sneaking out to catch that red eye flight! Although our time was short lived with the new Juke Hybrid with just a two hour test drive, we will have one for a week later on this year to see how it compares to other rivals in this category such as the Toyota Yaris Cross or Hyundai Kona Hybrid. Watch this space!