One of the great perquisites of being a motoring journo, is the great variety of cars I get to test. In any given year, I probably drive somewhere in the region of 60 to 80 different cars, and that’s without even factoring in the often-numerous variants of each particular model. To drive the same car for any longer than a week, would at this point be considered a bit of a novelty and just writing this article I came to the realisation that up until recently, the last time I had driven the same car for more than a fortnight was way back in 2013. However, as wonderfully exciting as all of that may sound; constantly chopping and changing cars can be a bit of a mixed blessing. 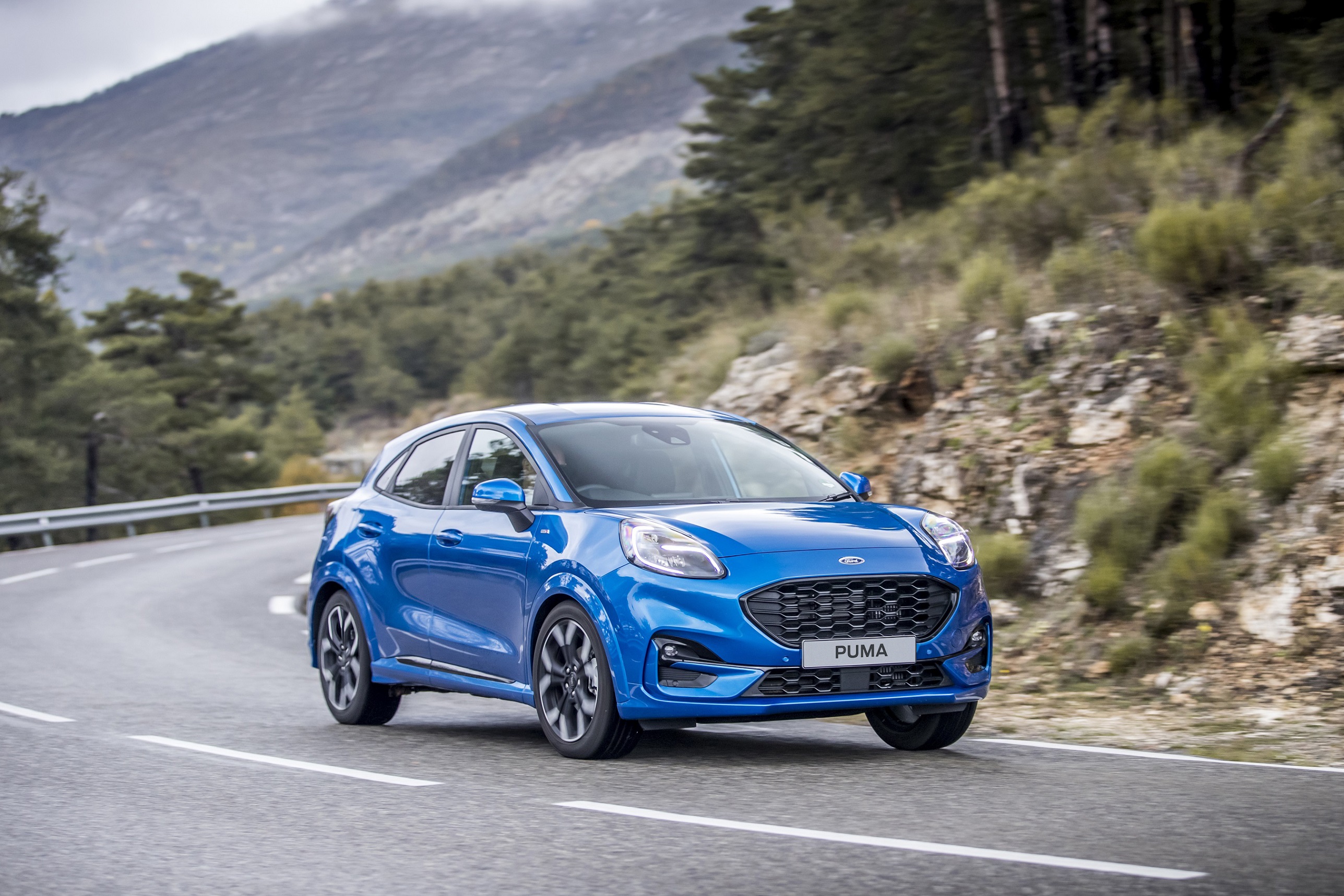 When the whole country went into lockdown, I found myself facing a bit of an uncertain, prolonged stint in Ford’s latest offering. Little did I realise at the time, but over the next three months, I’d become very fond of that little Puma ST-Line X.

Whilst the Ford Puma title will probably be familiar to most of you, the only two things that this new Puma shares with its namesake are the blue oval badges that adorn either end. You see, the old Puma which was discontinued in 2002 was a compact coupé – a rather niche car segment and one which financially wouldn’t make a huge amount of sense in today’s market. Of course, the boffins at Ford knew this and hence this new Puma takes the form of a sporty, little and ever-popular SUV. 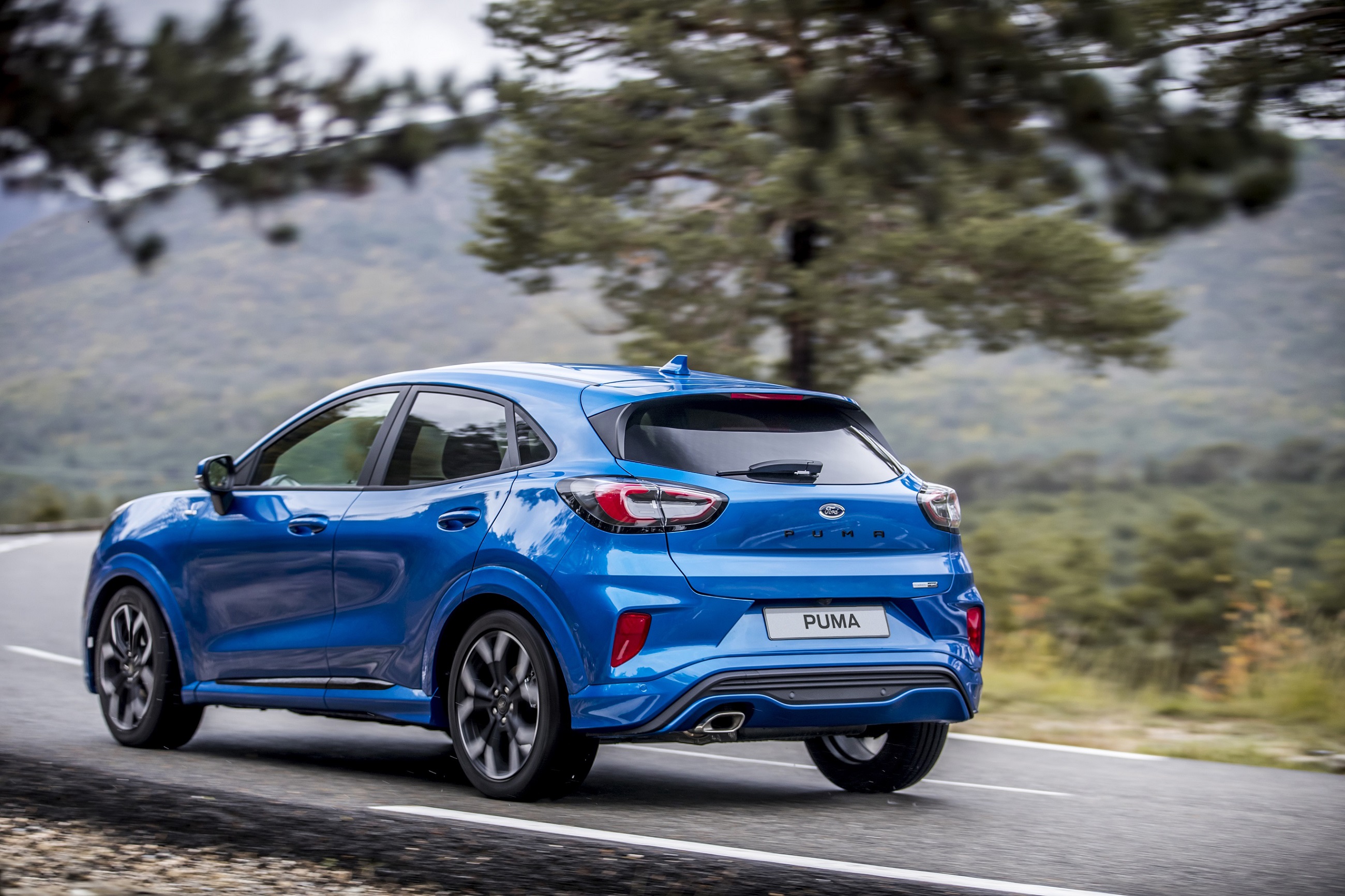 The new Puma is offered in three trim levels: Titanium, ST-Line and ST-Line X, the test car was the range topping ST-Line X. And what does that mean you may ask?  Well firstly, the standard 17” alloys of the Titanium model are swapped for a stylish set of 18-inch matt black alloy wheels to complement the ST-Line sports body kit. Inside the cabin, the ST-Line X gets treated to the latest SYNC Gen 3 8-inch touchscreen infotainment system complete with navigation and an upgraded B&O sound system.  There is also partial leather sports trim on the seats as well as a leather flat-bottom steering wheel and gear knob. Privacy glass and a shark fin antenna complete the Puma’s sporty look. The price walk between the entry level Titanium and ST-Line X spec is roughly equivalent to a what you’ll have saved by not being able to take the clan to Lanzarote for a fortnight and realistically in the long run, you’ll appreciate the upgrade more.

Engine offerings with the new Puma aren’t exactly extensive, in fact it is only offered with a 1.0L EcoBoost petrol engine. You’d be forgiven for assuming that this frugal, three-cylinder engine would translate into a driving experience that is neither exciting nor inspiring, but you couldn’t be more wrong. The Puma is in no way underpowered and its performance benefits greatly from Ford’s EcoBoost Hybrid technology which enhances the output of the Puma’s 1.0-litre engine up to an impressively, punchy 125bhp. 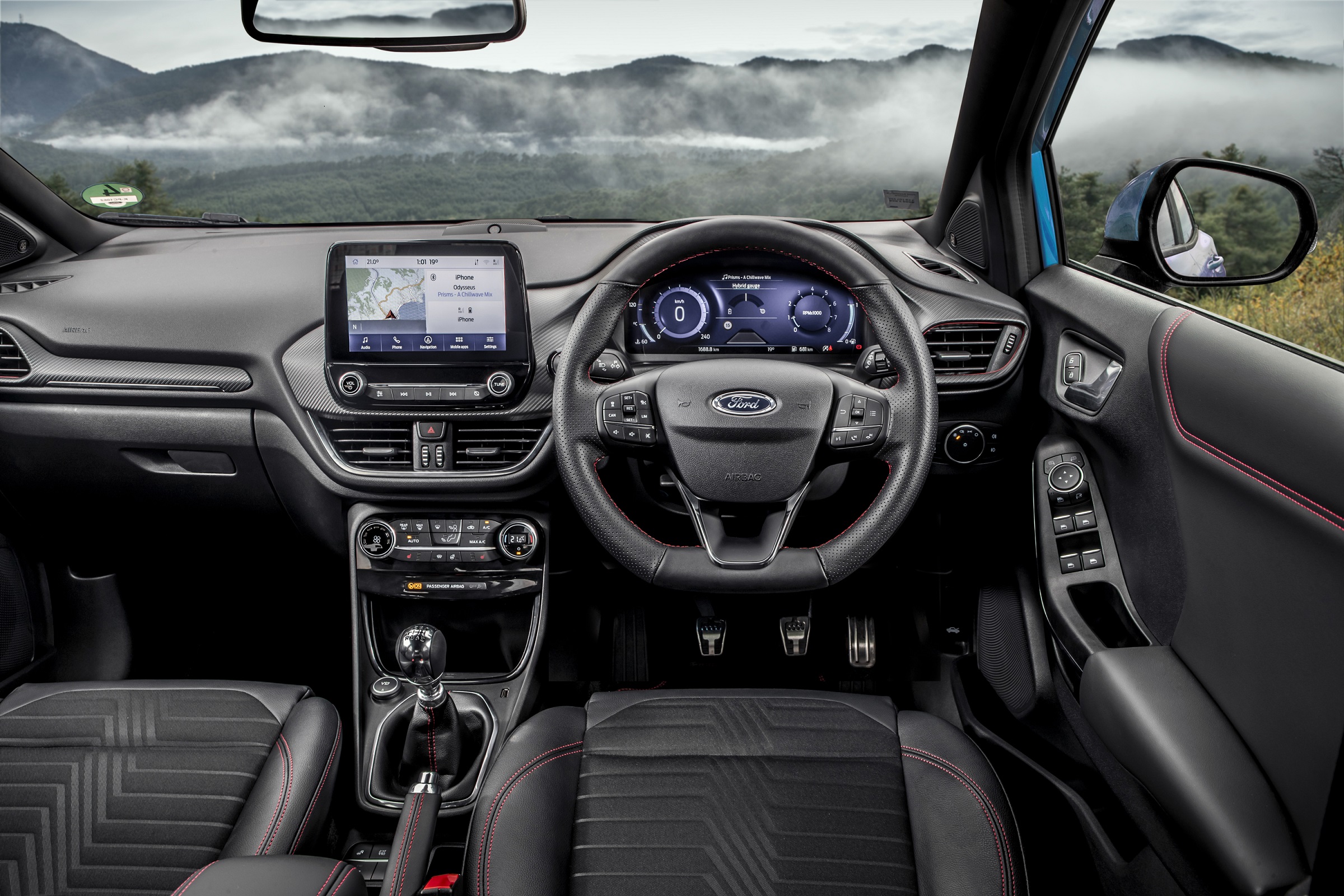 On the road, the new Puma delivers arguably the best driving experience of any car in the small SUV class. It’s nimble and responsive through the corners, offering a ride that whilst is firmer than most of its competitors, could not be described in anyway as harsh. The new Puma is as good of a driver’s car as any 1.0L hybrid SUV may ever be – now there’s a paradox for you!

So other than its stylish design, oodles of technology and enjoyable driving traits, how practical is the new Puma as a proper everyday family car? Well, in terms of space for rear passengers, the Puma struggles to compete with the likes of VW’s T-Roc or Skoda’s Kamiq, the latter of which is quite literally the small SUV equivalent of a magician’s top hat. Rear visibility is fine but again is slightly more restricted than its Germanic rival and the T-Roc does come with a ski hatch which should come in useful roughly once a year.

Where the new Puma does demonstrate genuine, ingenuity is in the boot. At first glance it may appear no different to the boot space of its rivals but lift the boot floor and you’ll discover the Megabox – a deep 80L heavy plastic tub! This ingenious invention allows you carry taller items such as golf clubs or plants in an upright position. It even has a removable plug in the bottom to allow you hose it out afterwards. 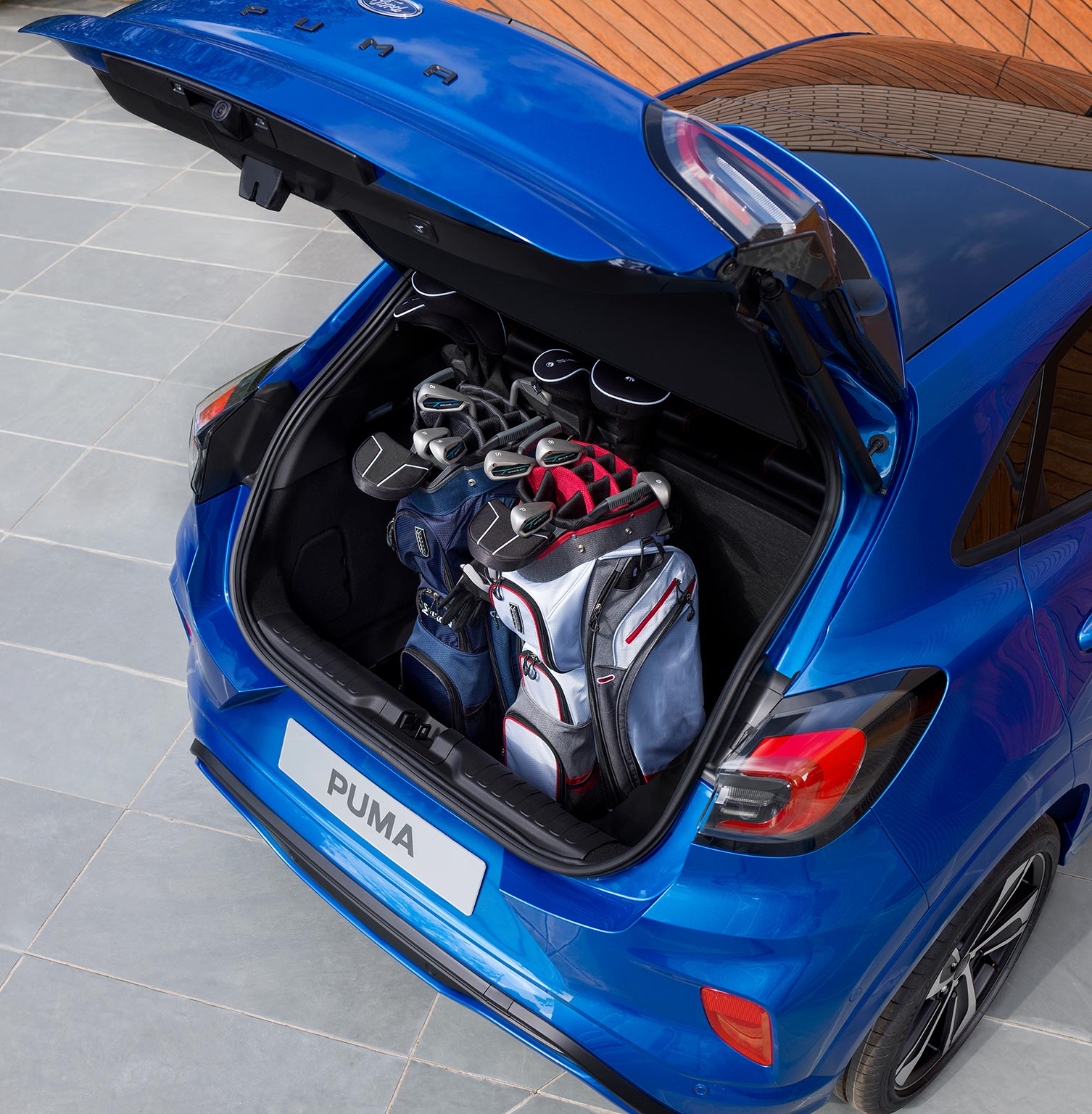 And that brings me back to the occasional downside of this gig, because even after unexpectedly spending months with the same car; I had to hand back the keys to a car that I actually really loved.  Pricing for the Ford Puma starts at €24,465, the ST-Line X starts from €27,865 while the model test was priced at €31,665 including optional extras