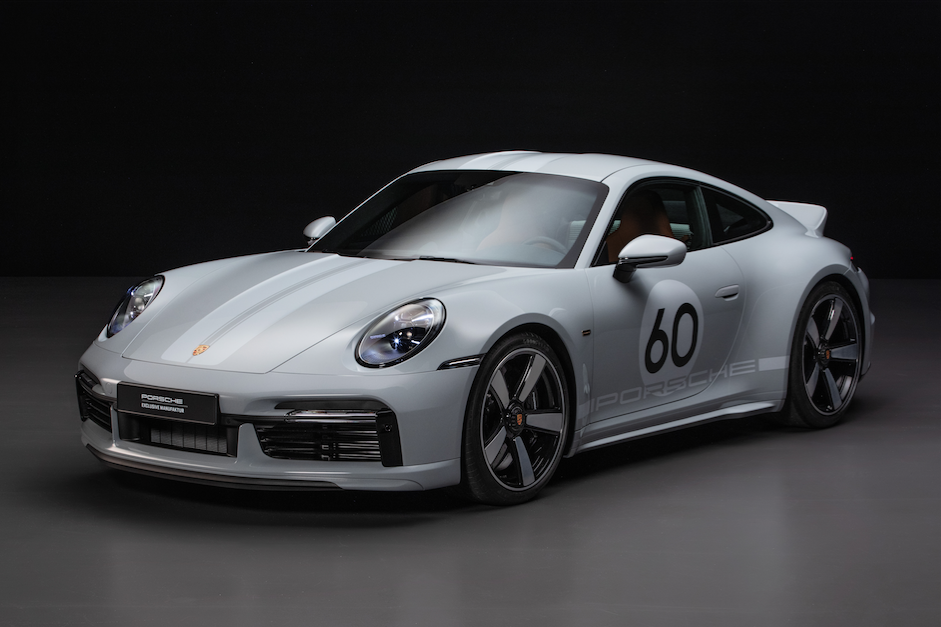 The new Porsche 911 Sport Classic just announced is defined by its timeless style, design craftsmanship and technical perfection. It features an emotive, twin-turbocharged flat-six engine with a manual gearbox, combined with distinctive design cues inspired by iconic 911 models from history. It is the second of four collectors’ items that the Stuttgart sports car manufacturer has presented from its Heritage Design strategy.

Porsche is launching four limited-edition models over an extended period. The first of these was presented in 2020: the 911 Targa 4S Heritage Design Edition with design elements from the 1950s and 1960s. The wide body – otherwise reserved for the 911 Turbo models – a fixed rear spoiler in the style of the legendary ‘ducktail’ Carrera RS 2.7, and the double-bubble roof underscore the distinctiveness of the new 911 Sport Classic. 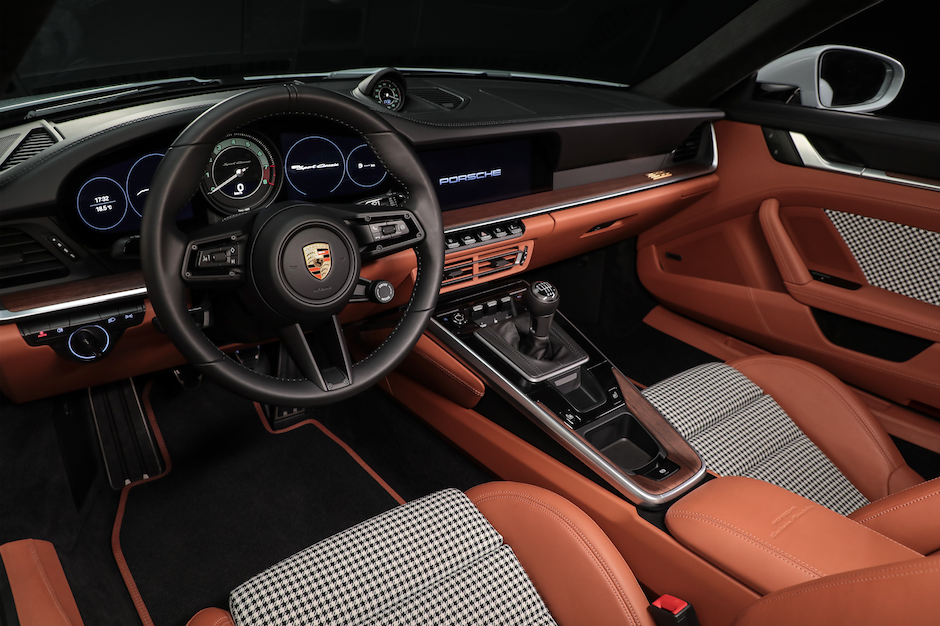 As with the first 997-generation 911 Sport Classic launched in 2009, the designers were inspired by the Fashion Grey paintwork of the early Porsche 356 when choosing the exclusive paint finish for the new limited-edition model. Twin stripes painted on the bonnet, roof and rear spoiler in light Sports Grey emphasise the sporting design of the car.

As an alternative to the exclusive Sport Grey Metallic finish, the new 911 Sport Classic will also be available in solid Black, Agate Grey Metallic, Gentian Blue Metallic or Paint to Sample. (Expected to be available from October 2022 and without contrasting painted stripes).

In the interior, the iconic Pepita pattern can be found on the door panels and seat centres, while two-tone, semi-aniline leather upholstery in Black/Classic Cognac provides an elegant contrast to the exterior colour.

As part of the Heritage Design Classic package, selected interior elements of the new 911 Sport Classic will also be available for most current 911 models, from September 2022. The powertrain concept is equally unique: the 3.7-litre, twin-turbocharged six-cylinder ‘boxer’ engine transmits its 550 PS to the road via the rear wheels. In combination with the seven-speed manual gearbox, the new 911 Sport Classic is the most powerful manual 911 available today.

The gearbox has an auto-blip function that compensates for engine-speed differences between the gears with a brief burst of revs when shifting down. The standard sports exhaust system is specially tailored to the model for an even more emotional sound experience. 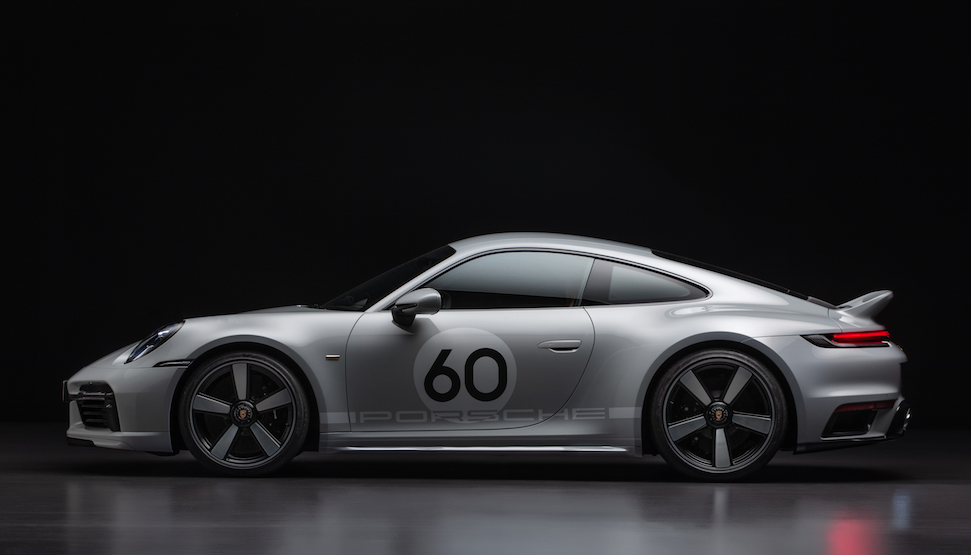 The suspension, based on that of the 911 Turbo and 911 GTS models, meets high performance requirements: thanks to the standard Porsche Active Suspension Management (PASM), its shock absorbers respond to dynamic changes at lightning speed. PASM is combined as standard with the sports suspension, which features a 10 millimetre lower ride height.

The 911 Sport Classic can be ordered now. Delivery to Porsche Centres will be from summer onwards. Customers will also be invited to explore the potential of the new car, and further develop their own skills behind the wheel, by participating in a bespoke driving experience around the unique tracks at the Porsche Experience Centre, Silverstone.