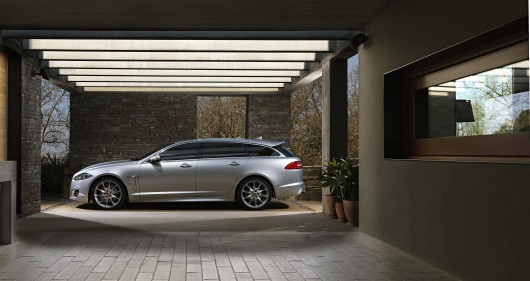 These are the first images of Jaguar’s new XF Sportbrake which will be unveiled at next week’s Geneva Motor Show. That’s not a typo it’s called Sportbrake instead of the usual sportback, estate or avant name as used by its competitors. Speaking of which the XF Sportbrake will be a direct rival to the BMW 5 Series Touring, Audi A6 Avant and the Mercedes-Benz E-Class Estate. It certainly looks the part in its new longer body which can now accommodate up to 1,675 litres of load space. 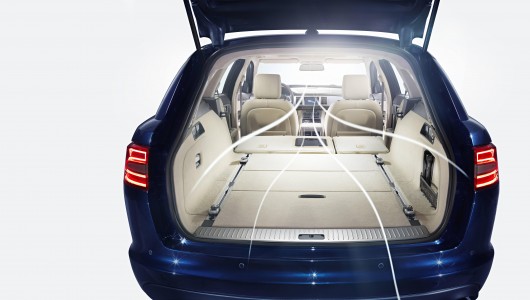 The large tailgate can be specified with power struts to reveal a 550 litre space with the rear seats in place. The car’s rear suspension has been revised with self-levelling air suspension to cope with extra loads and towing capabilities. The new 2.2l diesel engine will be available from launch as well as the 3.0l six-cylinder engine and both will feed power to the rear wheels through an eight-speed automatic gearbox. Prices and specifications will be available closer to its launch towards the end of 2012. 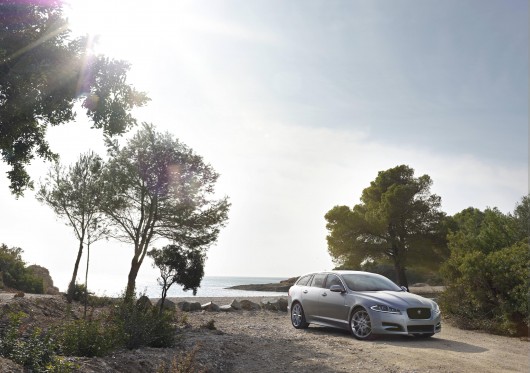