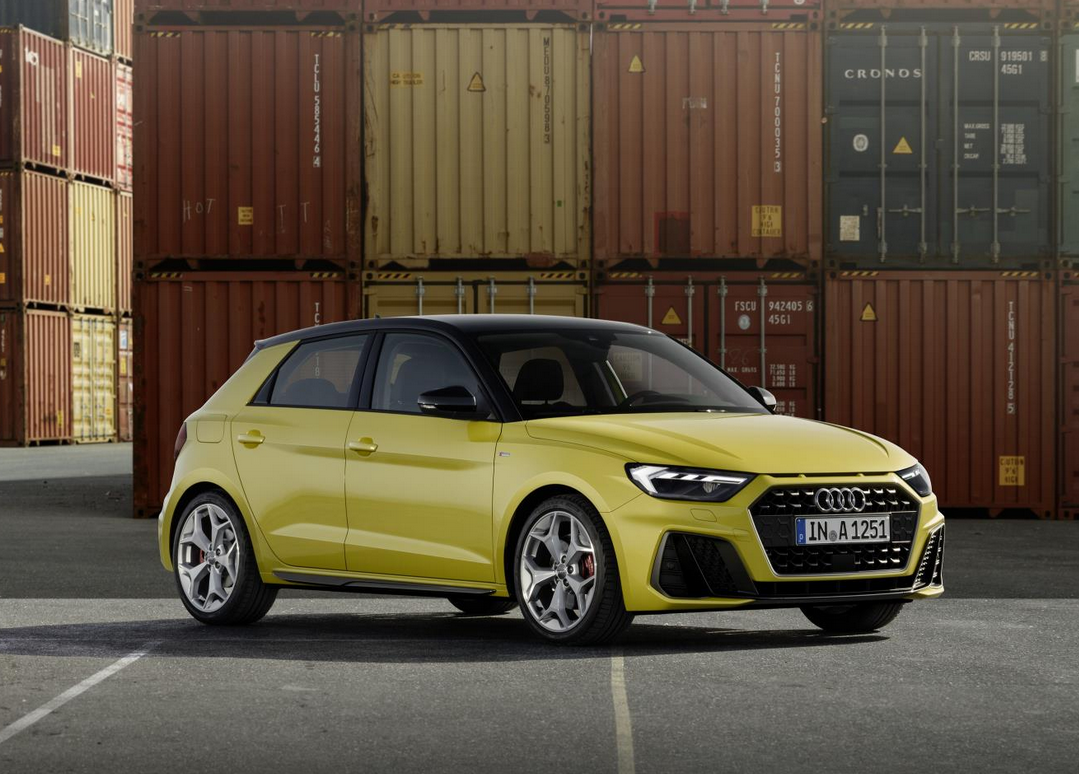 Audi are back with yet another revised model and this time its the second generation of its successful compact model, the A1. With a dynamic design, the new Audi A1 Sportback is the ideal companion in an urban environment, whilst also well suited for longer journeys. Its infotainment and driver assistance systems are firmly networked with the digital world, with ample opportunity for customisation. The wide track and short overhangs on the new Audi A1 Sportback provide for a taut, sporty look. A wide, low-placed Singleframe grille and the implied side air inlets dominate the distinctive front while, in homage to the brand’s rally icon from 1984, the Sport quattro, three flat slits sit below the edge of the hood. The new-generation model has grown significantly in length, with an additional 56 millimetres now measuring the car at 4.03 metres while the width has remained almost the same at 1.74 metres. The new-generation model stands only 1.43 metres in height – including aerial.

The new A1 Sportback also boasts a resemblance to the Audi Ur-quattro and Sport quattro when viewed from the side: The wide, flat sloping C-pillar seems to push the car forward even while standing still while the roof contrast line, available in two dark colours, ends above the C-pillar. The distinctively highlighted wheels and the low shoulder line in between give the A1 Sportback a solid stance on the road. The new A1 Sportback is available in a choice of ten colours. The interior of the new Audi A1 has been designed to be driver-focused, with its emotive, customisable design, providing the sportiest interior in the compact class. All of the controls and the optional MMI touch display are strongly driver-oriented, with the eye being naturally drawn to the sporty compact unit of air vent nozzles, hood and the digital display. The new spacious A1 Sportback makes life for a much more comfortable driving experience. Despite the compact appearance of the exterior dimensions and the sporty roof line, adults in the rear seats still enjoy plenty of head and leg room. Luggage capacity has increased by 65 litres extending the capacity to 1,090 litres with the rear seats folded down. 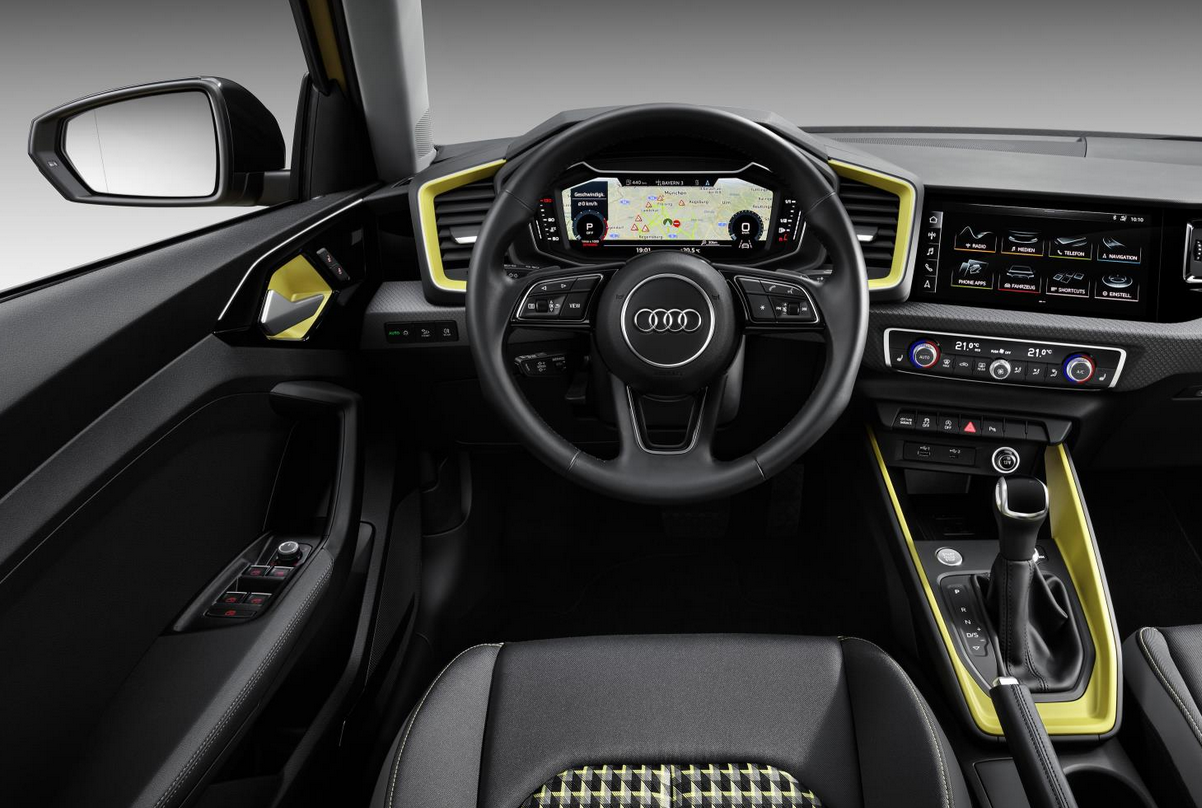 As with all new models, the new Audi A1 Sportback is fit for the digital future. Even the basic version comes standard with a fully integrated digital 10.25-inch display and a multifunction steering wheel. The optional Audi virtual cockpit with an extended range of functions presents comprehensive and diverse information, such as animated navigation maps and graphics of some driver assistance systems in the driver’s direct field of vision. The new A1 Sportback also boasts a cutting-edge Infotainment system.  In conjunction with Audi connect, MMI navigation plus offers A1 Sportback driver’s functions such as hybrid route guidance, which calculates the driver’s route in the cloud, taking into account areas of heavy traffic. The Audi A1 Sportback driver assistance systems help keep the compact car at the right distance from the car ahead and assists with parking. Another standard feature is Audi pre sense front. The radar sensor recognises critical situations involving other vehicles, crossing pedestrians or cyclists ahead of the vehicle, even when visibility is poor, such as in fog. The system then gives an acoustic and visual signal to warn the driver. At the same time, it prepares for a possible full brake application and, if necessary, initiates automatic emergency braking in order to prevent an imminent collision or reduce its impact.  The front seat belts are electrically tensioned, the windows are closed and the hazard warning lights are switched on.

Whether running around town or going on a weekend excursion – its powerful engines in particular make driving the new Audi A1 Sportback so much fun. Turbocharging, direct injection and a particulate filter come as standard. Audi is set to make a manual transmission or the seven-speed S tronic dual-clutch transmission available for all engines, with the exception of the top-of-the-range engine, where a six-speed S tronic transmission shifts gear, as standard. The axle design of the new Audi A1 Sportback delivers agile handling and a sporty, poised driving experience. The front suspension is a compact, lightweight torsion beam axle used at the rear. The brakes of the new A1 Sportback provide a responsive, taut pedal feel. The optional hold assist enhances safety on uphill and downhill slopes by preventing the car from rolling after stopping. The all new Audi A1 Sportback will be available to order now from late 2018. For further information, contact your local authorised Audi dealership http://www.audi.ie/ie/web/en/dealer-locator.html 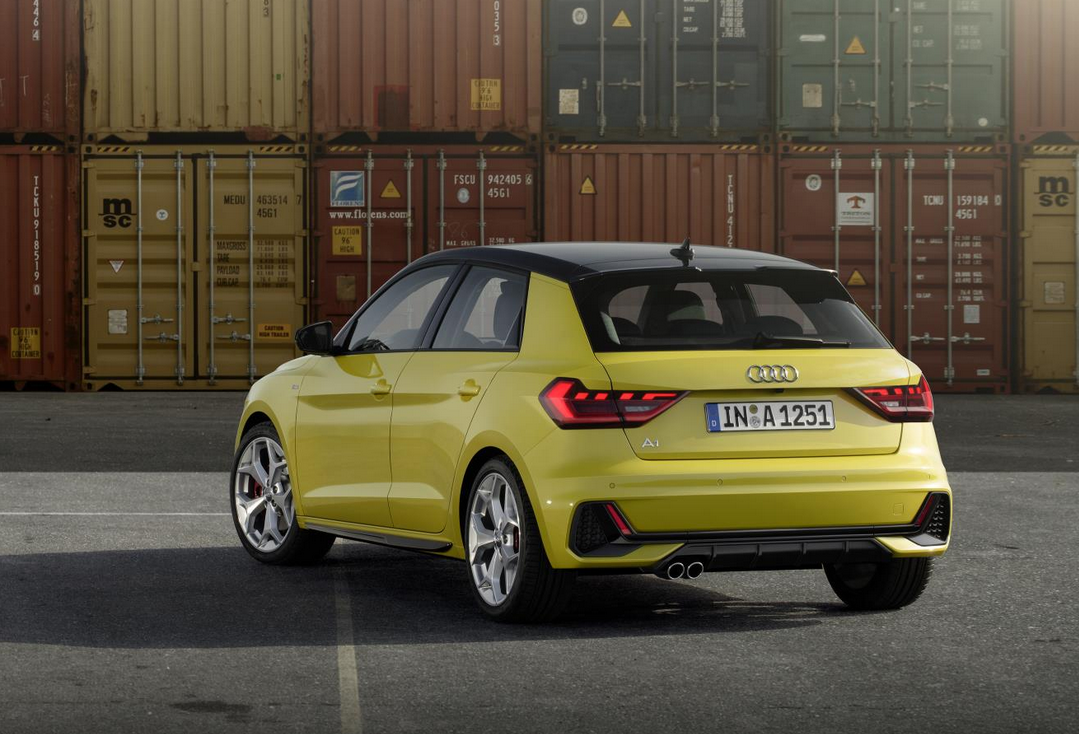