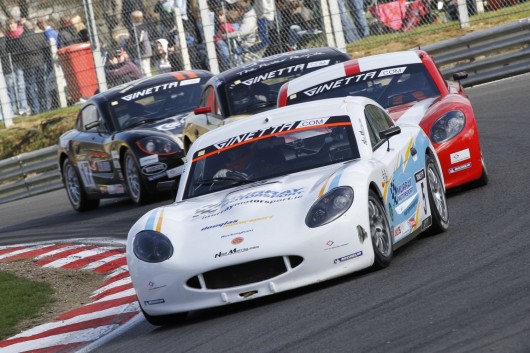 Irishman Niall Murray has had a very successful weekend’s racing at the opening rounds of the 2012 Ginetta Junior Championship. Having qualified fourth for race one’s grid at Brands Hatch, U.K. Niall drove an excellent race to take the win. Commentating after the race, Niall expressed his delight at starting the season with a win “I’m really delighted to start the season with a win, starting the championship on a high was our aim and to have seven podiums in a row continuing from last year is brilliant. I managed to keep my nose clean for the race despite a lack of rear end grip and lots of incidents around me. Coming back from 7th, I just wanted to get back up to a podium position but to win was amazing.”

For the second race Niall lined up third on the grid. He got a fantastic start to move up himself into second position. Niall drove a close race with the leader Robertson, who would go on to take victory from Niall in second place. The results of these first two races gives Niall the championship lead on what promises to be an exciting year ahead for the young Dubliner. Niall’s next race will take place on the 14th & 15th April at Donington Park race circuit in the U.K.