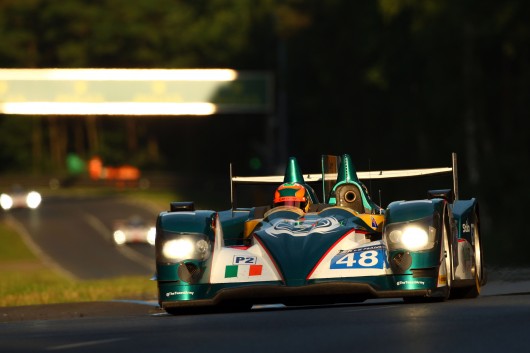 The Irish team at this year’s Le Mans 24 hour race Murphy Prototypes has qualified in sixth position on the grid. A mere half a second separated the top six cars in LMP2 in yet another evening of mixed sessions with both red and yellow flags disrupting the running. The team’s best time set in Qualifying Practice Two by Nathanaël Berthon looked set to be beaten in the third session by Karun Chandhok, before he crashed out towards the end of the session at Indianapolis. With largely cosmetic damage, the Murphy Prototypes team is confident that the car will be ready to take its place on the grid at 15:00h on Saturday afternoon for the 82nd running of the world’s greatest endurance race, the 24 Hours of Le Mans.

Commenting on their progress, Greg Murphy team owner said, “Once again the car was very good during the final two qualifying sessions. The drivers all did a really good job. It was unfortunate that we ended the evening with a crash with Karun in the car but hopefully that’s all our bad luck out of the way for the weekend now and we can continue with our goal of winning the 24 Hours of Le Mans on Sunday afternoon.”