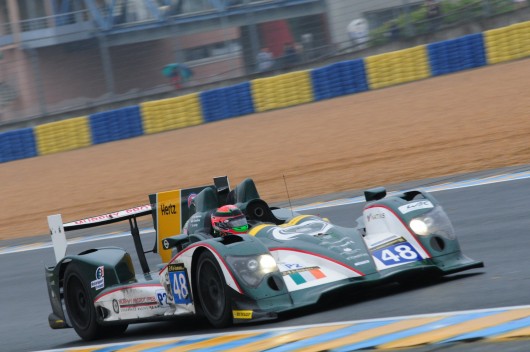 2013 marks the 90th anniversary of the world’s most renowned endurance race, the 24 Hours of Le Mans. A broad variety of teams ranging from competition departments of road car manufacturers and privately run racing teams have battled it out around the French ‘Circuit de la Sarthe’ since 1923. The circuit is comprised of a mix of closed public roads and a permanent race circuit. Each lap of the circuit is 13.6km in length, every car that finishes the entire race will complete in excess of 5,000 kilometres over the 24 hour race period.

Irish motorsport fans have something to cheer about at this year’s race with an Irish owned and operated team, Murphy Prototypes entered for the second year running. Team principal and Dublin-based green energy entrepreneur, Greg Murphy set up his team at the start of 2012. Racing has been in Greg’s blood for many years having raced in various series. It was after Greg raced in the Speed EuroSeries in 2011 that an opportunity arose for Greg to exit the driving seat and become a team owner. The Speed EuroSeries features FIA sports prototype race cars and is seen as a stepping stone to the Le Mans Series and 24 hour endurance racing.

Greg’s team Murphy Prototypes entered their first Le Mans 24 hour race in 2012. They showed true winning potential leading their LMP2 class for five hours, unfortunately the luck of the Irish didn’t continue with them for the entire race, they had to retire due to mechanical failure with a broken suspension before the race finished.

Twelve months on, Greg and his team are in Le Mans all set to improve on last years valiant efforts. They will be running their Nissan-Oreca 03 car in the LMP2 class which has 22 entries for this year’s race. It takes an immense effort both physically and financially to form a team and enter the world’s greatest endurance race, it will cost the team approximately €750,000 to enter the Le Mans 24 Hour race. They are a closely knit team consisting of 40 personnel, fifty per cent of which are Irish and confident of doing well. Speaking to Greg this week to determine his sense of expectations for this year’s race he commented, “We won’t be far away, the driver line-up and car that we have is as good as anything out there, I don’t see any need to change it.” Among Greg’s three team drivers for this years Le Mans are former Formula One driver Karun Chandok, he is partnered with New Zealander Brendon Hartley and Mark Patterson from the United States of America.

Commenting after their first practice session Karun said, “I think we had a reasonable day one. We weren’t really doing anything too exciting, getting some laps in, in a new car for me and it was predictable and didn’t do anything unusual. It was nice to be back in Le Mans despite the weather. The team did well and they’re very good people and Mark did a good job in terrible conditions. So it was reasonable, nothing exciting, but I’m still getting up to speed in a P2 car.”

Greg was content with their progress in practice, speaking afterwards he said, “Very pleased with today. We had Karun with us for the first time and it worked out very well. He’s a really nice guy and obviously he and Brendon have been friends for some time. Mark had a good day, it was great to get him qualified and he really started to get on top of the track. I think it was a job well done; we were quick in the wet and got through all our programmes and it was important to bed the car in. Now we get ready for the race… we’re ready to go.”

The Irish are well represented at this year’s Le Mans 24 Hours, apart from Murphy Prototypes Ireland is represented on two other top teams. Kildare native John O’Hara is the Deputy Managing Director of KC Motorgroup Ltd (KCMG). KCMG was established in 2007 with operations across the Asia Pacific, they will be making their Le Mans debut this weekend in their blue and white Morgan-Nissan LMP2 car.

Irishman and former International race driver David Kennedy is involved with the Status GP team. David is certainly familiar with Le Mans, having raced at the infamous race for Mazda a number of years ago. The Status GP team was formed to compete in the A1GP world cup of motorsport, they won the championship as Team Ireland in 2008-09. They then switched to the Formula One supporting GP3 Series and expanded into the European Le Mans Series in 2012. For this year’s race Status GP are running a Lola B12/80. 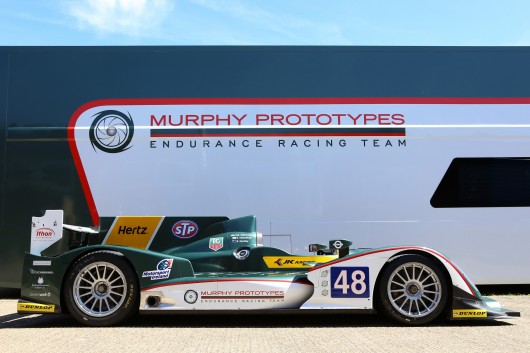