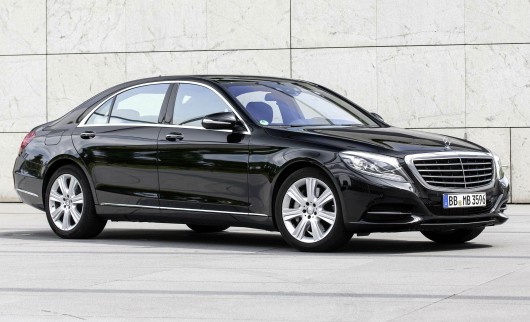 The new Mercedes-Benz S-Class has arrived in Ireland, it promises to offer improved space, comfort and efficiency over its predecessor. The exterior has been subtly styled to result in a sleeker-looking car. The interior is definitely a highlight, it’s a luxurious cocoon for front and rear seat passengers. There’s a vast array of high-end technology available as standard and optionally on the new S-Class. Earlier this year Mercedes-Benz demonstrated the S-Class’s ability to safely execute autonomous driving, they forecast it will be seen on customer’s cars within the next ten years or sooner.

The main instruments are displayed on two large colour screens, one provides information to the driver such as speed and engine revs, while the other is used to control the onboard infotainment systems. The quality of materials used  throughout the cabin is exceptional, you certainly feel like you’re seated in luxury when driving or being driven in the S-Class. One of the many options includes an air freshener whereby you choose you desired fragrance and this is then pumped into the cabin through the air vents. There are 500 LEDs utilised in the car, replacing the traditional light bulb, the interior has 300 LEDs with mood lighting available.

The first variant of the new S-Class is the S350 BlueTEC diesel, this will no doubt account for the majority of sales. Prices commence from €98,255 which is approximately €4,000 less than the outgoing model. The diesel engine in this model provides a healthy 258hp and 620Nm of torque. We took a short drive in the S350 BlueTEC, it’s an extremely refined car and one that’s effortless to drive. The automatic transmission provides a silky-smooth, almost seamless gear change. Dynamically the car’s handling has been improved over its precursor, although it’s not quite as sharp as a BMW 7-Series or Audi’s new A8. That said the S-Class isn’t about darting around country lanes, it excels at offering extremely elevated levels of comfort for all occupants. Following on from launch there will be further variants on offer, with an S300 BlueTEC Hybrid boasting annual road tax of just €200, the S400 Hybrid and the S500 and S500 plug-in Hybrid which has less than 75g/km of CO2 emissions. 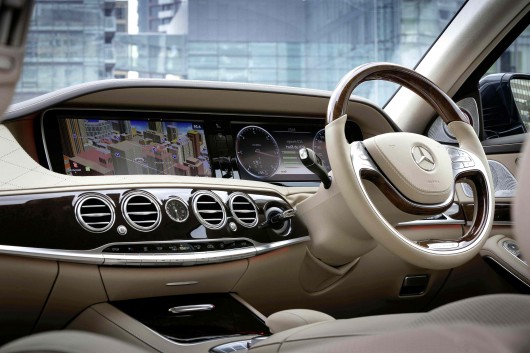