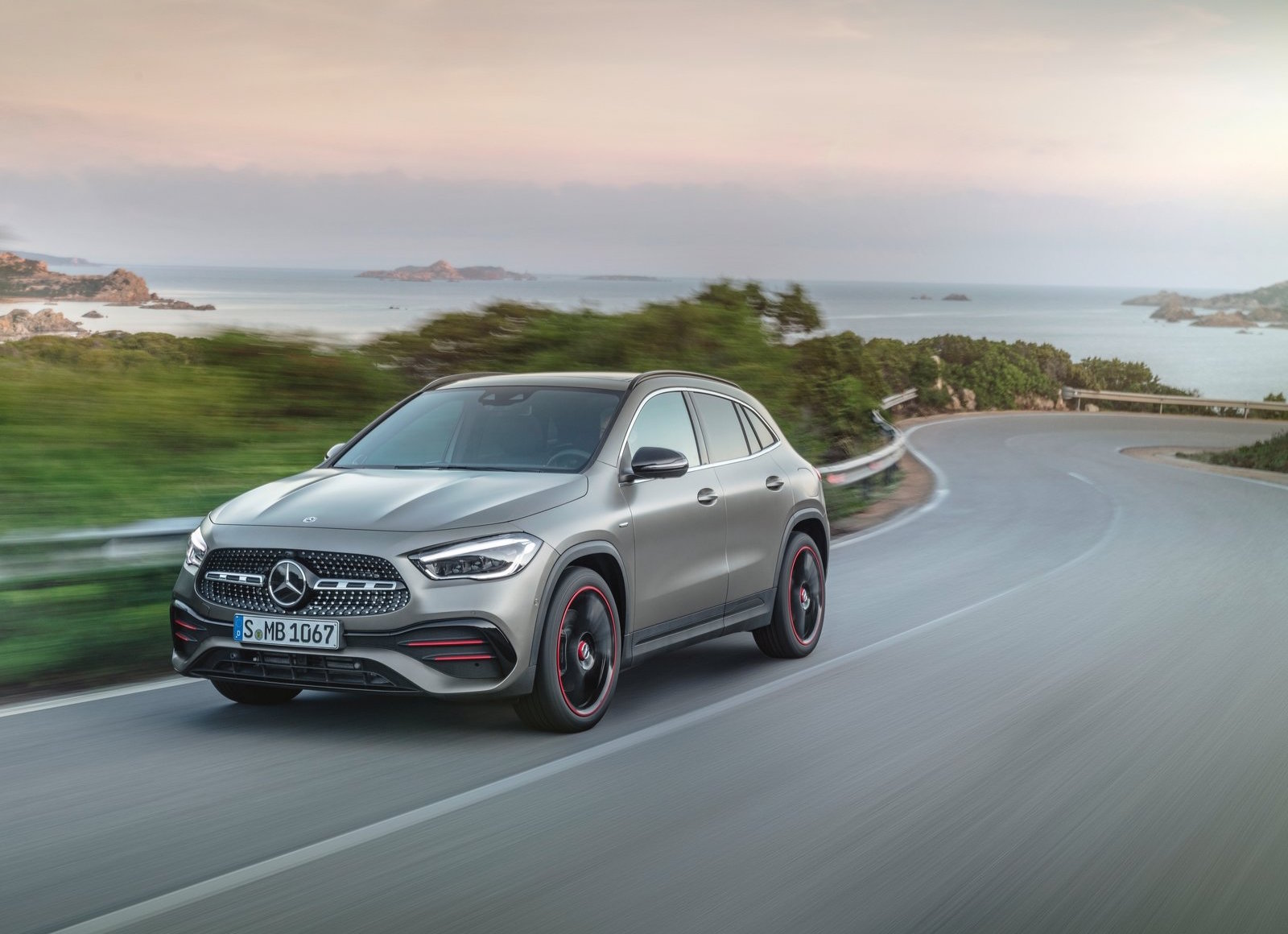 Now and again a car comes along equipped with the good looks and choice of features likely to make it a winner in its sector. Such is the case with the new Mercedes-Benz GLA, a compact class SUV which is currently arriving into dealer showrooms across Ireland. Boasting added character, added spaciousness and added safety amongst its key features, the new GLA is the latest in a line of models first introduced six years ago, and later updated in a face-lifted variant launched in 2017. Described by Mercedes-Benz as ‘a sporty, lifestyle-oriented’ partner to the GLB, and a companion to the GLC and GLE within their wider family of SUV models, the GLA will be available here in a choice of two design lines – Progressive and a high-performance AMG version. 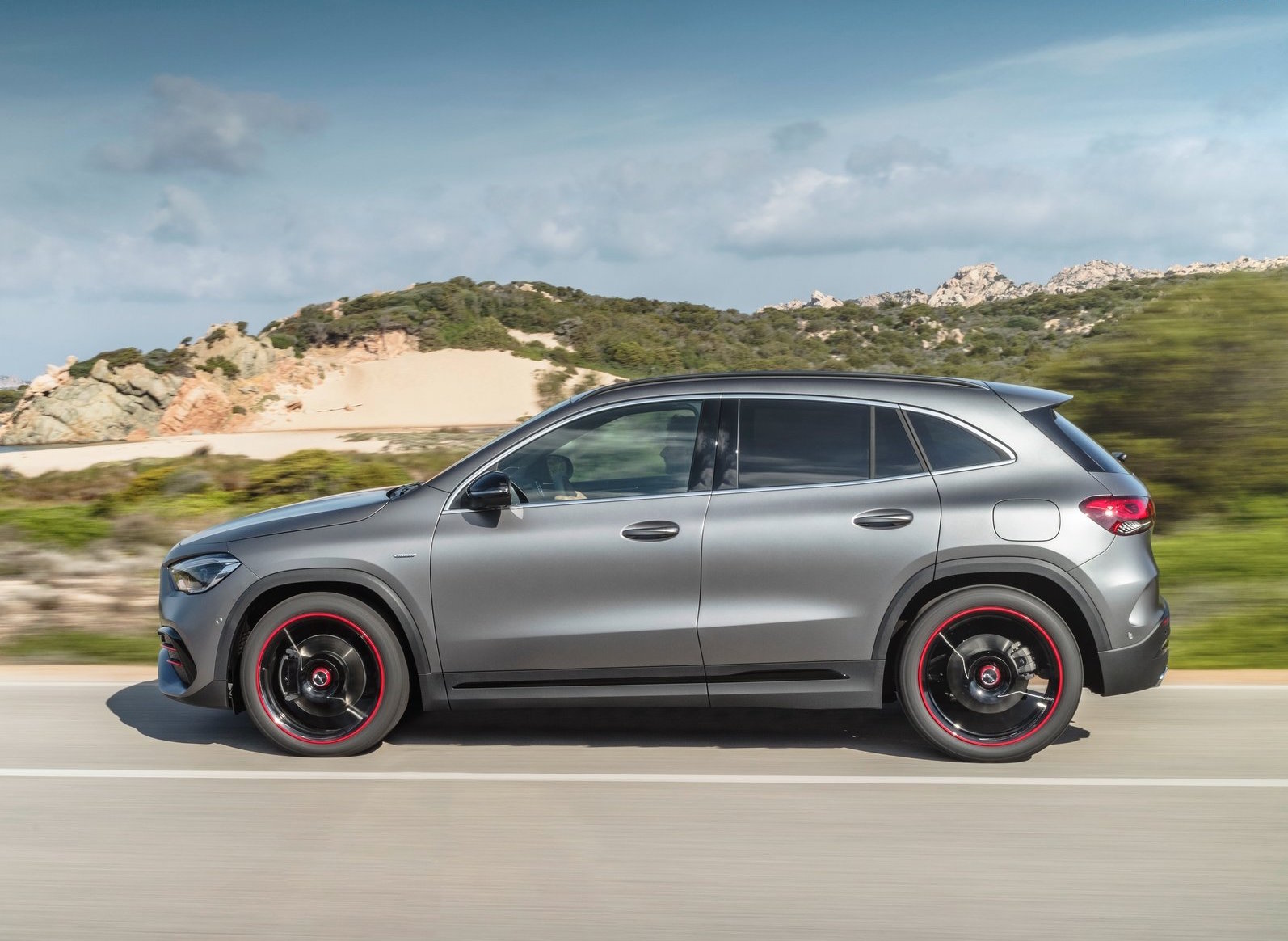 Against a sales backdrop of more than 6.5milllion units worldwide, the luxury SUV segment is increasingly valuable to Mercedes-Benz – a fact underlined by the steps that have been taken to improve the GLA’s sporty appeal and interior spaciousness in a manner likely to make it a more compelling proposition for SUV fans. Made more than 100mm taller (despite being 15mm shorter) designers have given it added interior headroom for driver and front passenger and considerably greater rear legroom for back seat passengers. Dimensions-wise, track width has been increased by four centimetres while ground clearance has been raised, albeit marginally. Boot volume has been increased, helped by rear seats that can slide by up to 140mm. Other design features include details carried over from the larger 7-seat GLB and the GLC. 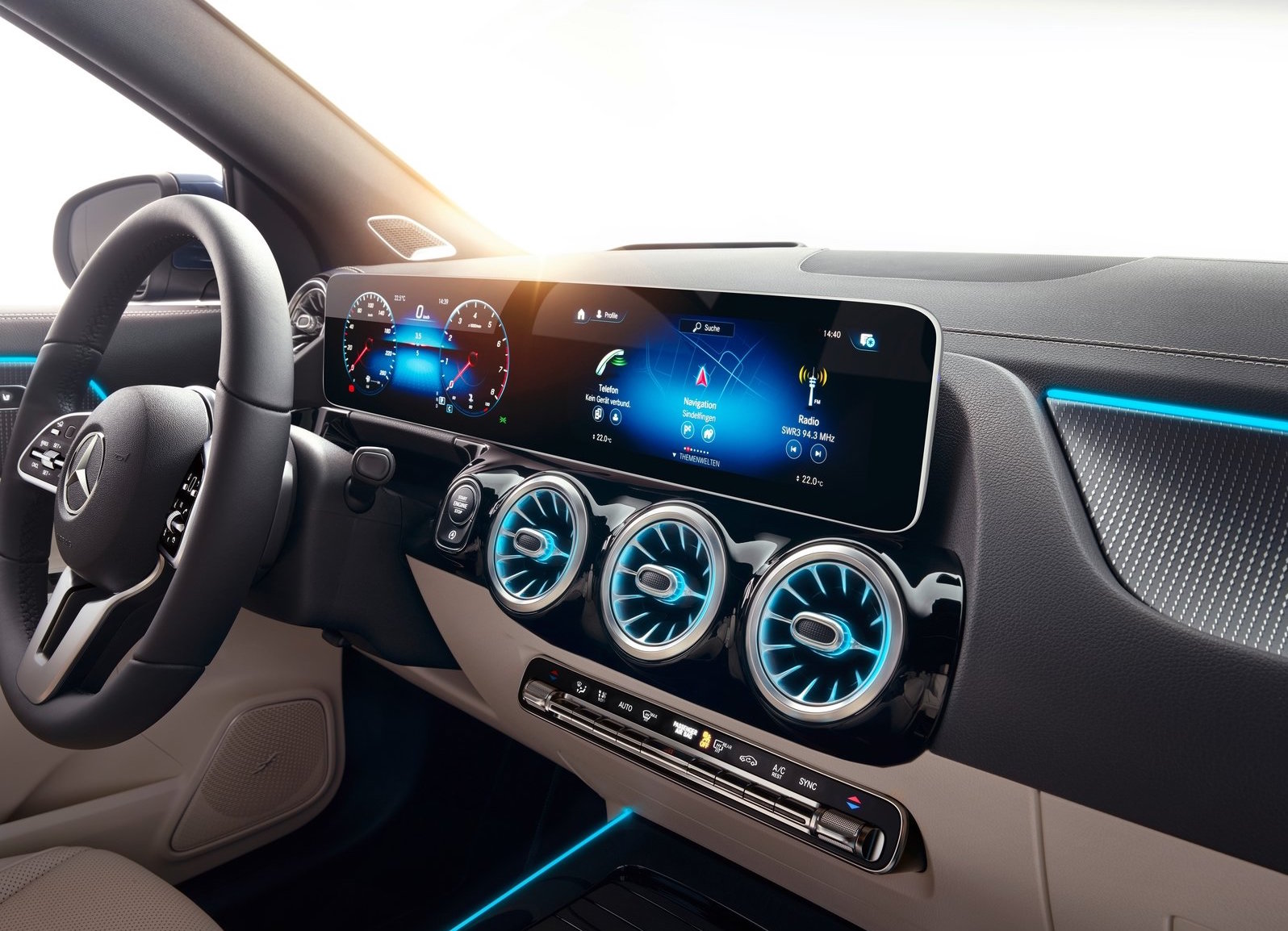 In the new GLA, Mercedes-Benz places its trust in the four-cylinder petrol and diesel engines that were completely modernised for their new edition compact model series.
Engines available at launch, all turbo charged, consist of four petrol and three diesel versions. Petrol models are a 1.3-litre, 163hp GLA 200, a 2-litre, 224hp GLA 250 and GLA 250 4MATIC. The AMG GLA 35 and AMG GLA 45 will also be available to order at the launch date. Diesel versions, all 1.9-litres, are a 150hp GLA 200d, GLA 200d 4-MATIC and a 190hp GLA 220d and GLA 220d 4MATIC. In the pipeline is a 180d 1.5-litre diesel and a plug-in petrol electric variant.

Commenting, Ciaran Allen, sales manager for Mercedes-Benz passenger cars in Ireland said: “The arrival of the new GLA is being supported with attractive price and purchase finance arrangements pitched competitively against those of its main rivals and broadly in harmony with those of its predecessor”. 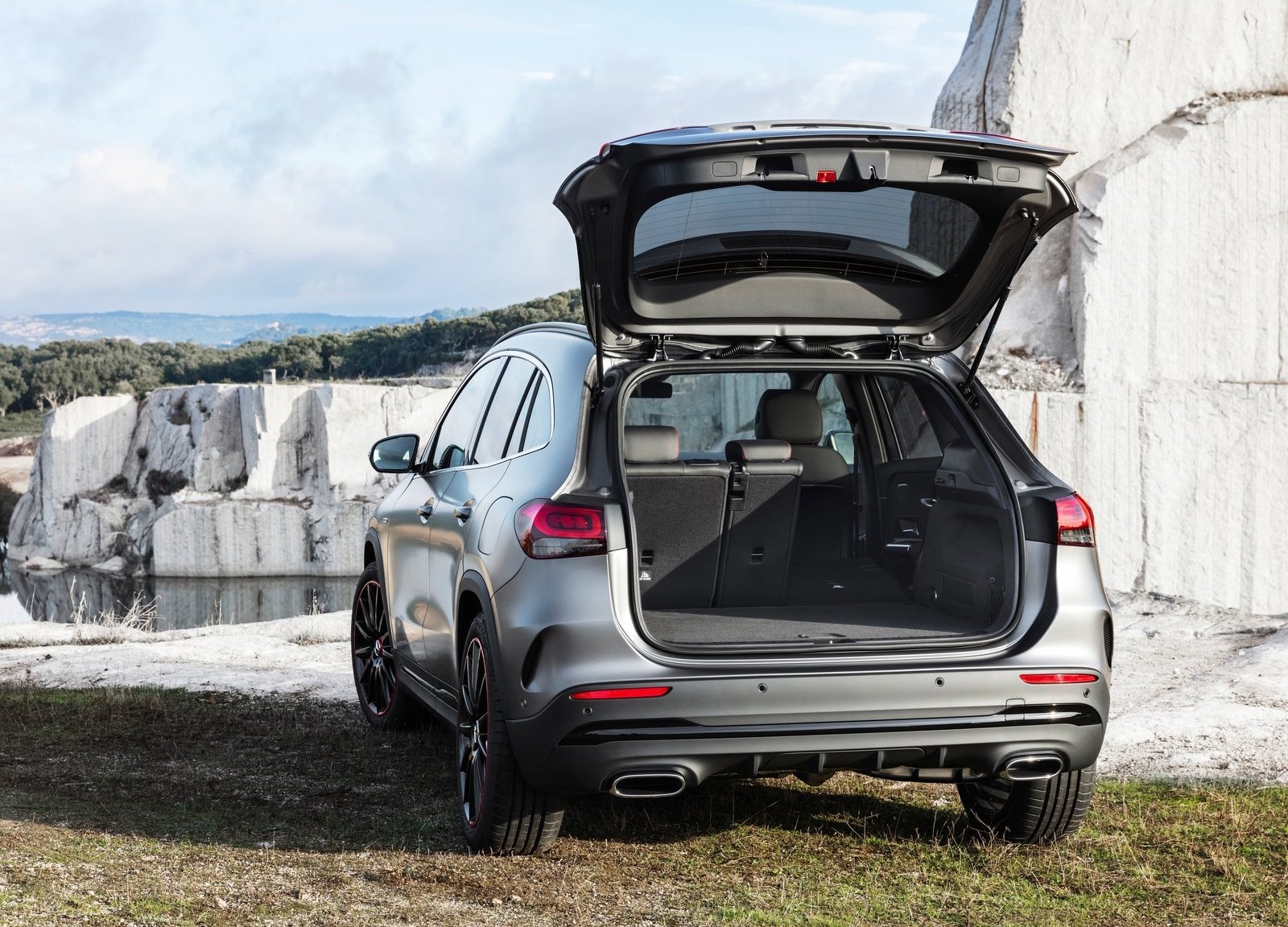 In appearance, the new GLA has a self-assured and dynamic exterior with short overhangs front and rear. As in their other SUVs, its single louvre radiator grille and central positioned star give it an unmistakable Mercedes-Benz appearance. Side and rear views are characterised by its powerful shoulders, contoured coupé-like side profile, and doors that reach over the sills to give occupants ease of access and improved impact protection. Front and rear under guards and all-round protective cladding emphasise its off-road character.

Inside, it has a contemporary, high-quality look. Arguably, its most visually striking feature is a free-standing driver instrumentation and infotainment display that frames the view almost from door-to-door. Standard is the now familiar MBUX (Mercedes-Benz User Experience) infotainment system and voice activated ‘Hey Mercedes’ driver assistance system, and touch-control pads mounted on the steering wheel. Extra spaciousness is key with more headroom, rear legroom and more boot space. More typical of an SUV, the seating position for driver and front passenger is higher and more upright while all-round visibility has also been improved. Ventilation outlets and air guidance vanes have a high-quality turbine look. 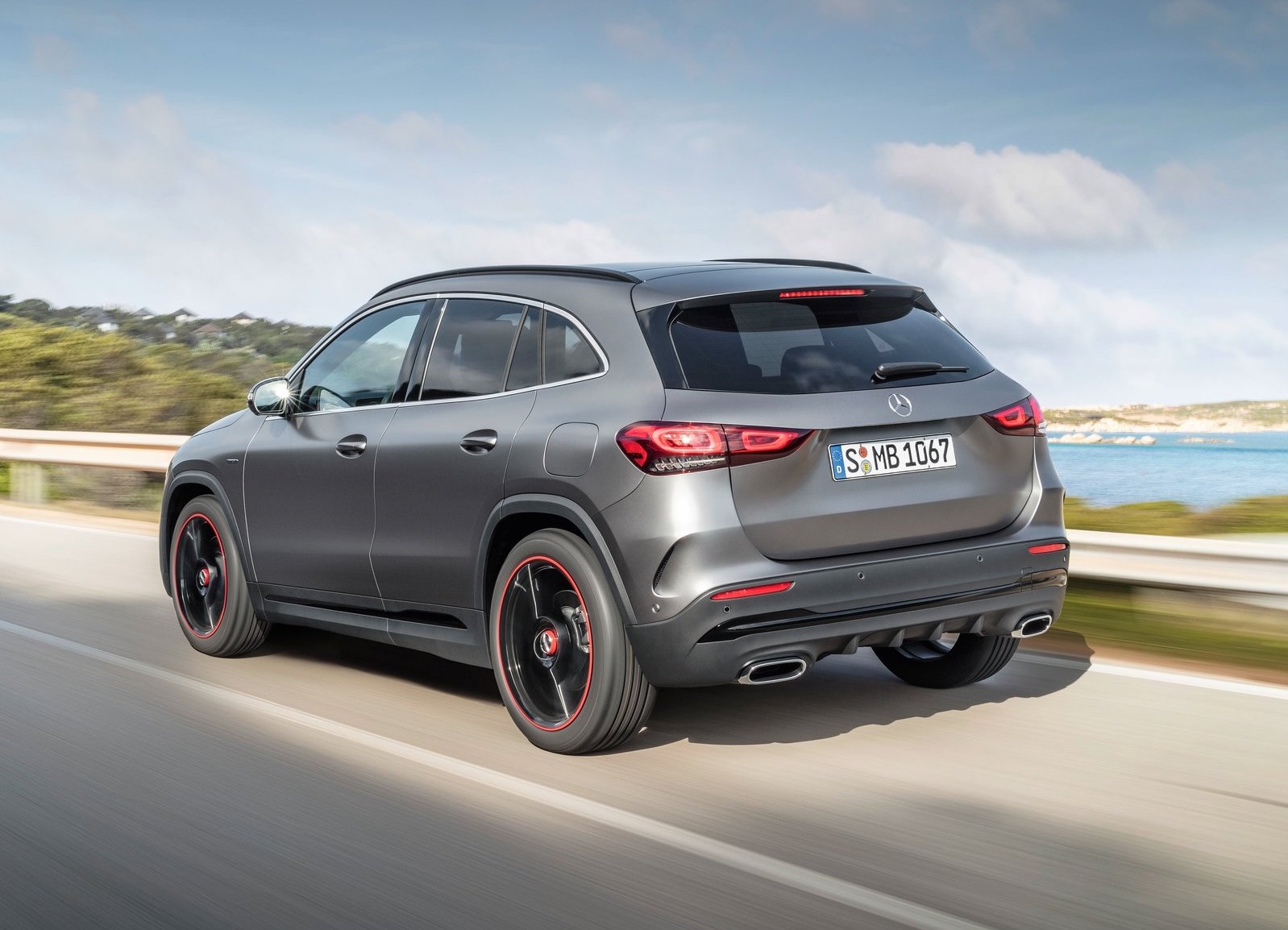 Utility value being a design priority, rear seats come with 40:20:40 split. Standard is a height-adjustable load floor that, when set in the correct position with rear seat backrests folded down, can be transformed into an almost flat loading area extending to the front seats. A host of safety and driver assistance systems are provided in a comprehensive Driver Assistance Package that includes automatic inputs to assist drivers with routine and accident avoidance emergency braking, distance control, parking, steering, lane keeping, blind spot observation, speed limit keeping, driver fatigue alerts, and more. One intriguing feature is a car wash function whereby, with a single command, exterior mirrors fold inwards, side windows and sliding roof close, rain sensor is suppressed and other settings disabled – all of which can be automatically deactivated when the driver exits the carwash.