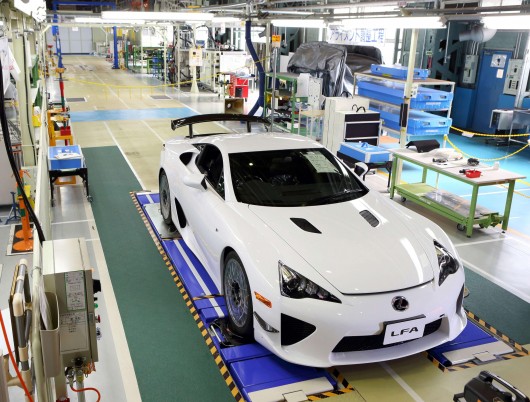 The 500th and last Lexus LFA supercar has been produced at the Motomachi Plant, Aichi Prefecture. Production at LFA Works started exactly two years ago, on December 15, 2010, and included a team of around 170 hand-picked takumi workers involved in parts manufacturing, vehicle assembly and painting. The high performance LFA was produced at the rate of just one unit per day. ‘I’ve lived and breathed supercars for the past decade. – remembers Haruhiko Tanahashi, the LFA’s Chief Engineer. – Specifically one supercar. The LFA. Very few people have the opportunity we had: to create a world-class supercar from a blank sheet of paper.’ Now all we have to do is to find just one of the 500 LFA’s produced and take it for a test drive.